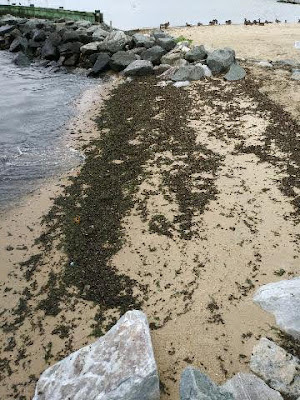 I don't have any cute cicada photos to show because I haven't seen any-alive. We don't get them here on the shores of the Chesapeake Bay because....well, they really don't know why but we don't. However what apparently we do get are lots and lots of dead ones. Look what washed up on the beach over the weekend. Millions of the poor dead things. They think they might have washed down from up north after all the rains we had. 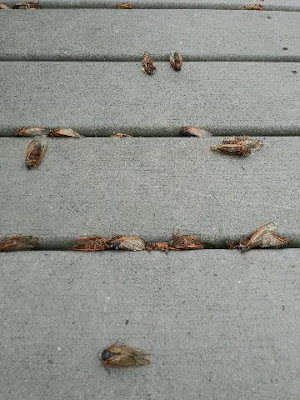 The beach patrol was sweeping them up by the bucket full from off the boardwalk where the winds and waves have tossed them. They missed a few here and there. 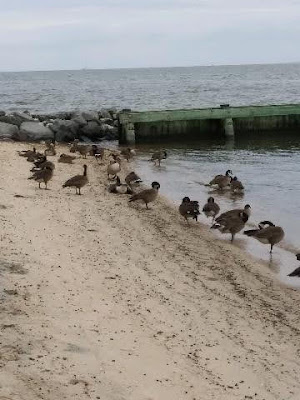 They've been keeping folks off the beach but the geese don't mind them. In fact now we've got flocks and flocks of Canadian geese living it up on the buggy buffet Mother Nature just served up. Messy beach indeed. It's pretty terrible out there right now.