The Mister Makes a Cake 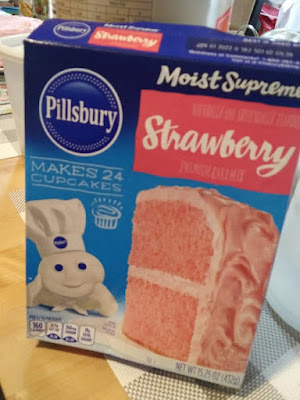 Since we hit the one year milestone yesterday we decided to go through our boxes of pandemic pantry items to see what had expired. This was close. 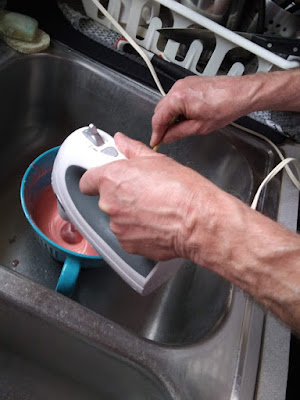 The Mister wanted to eat it but I didn't. I'm not putting anything pink or sugary in my newly restored mouth. I told him if he wanted it he had to make it....and to my surprise he did. 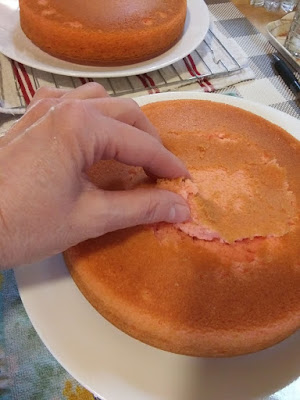 I stood back and watched. Everything went pretty well until it was time to get the cakes out of the pans. One stuck. There was a big hole in the middle but a little frosting would fix that. 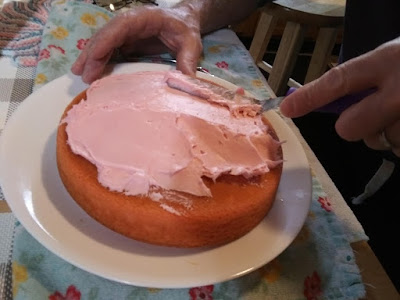 He turned out to be a whiz at icing. 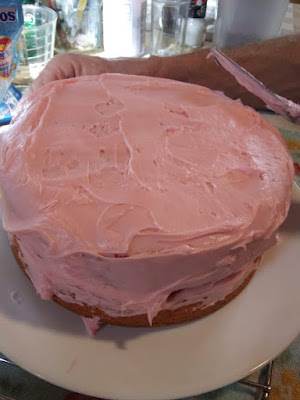 He took his time and got every speck out of the container. I usually lose interest halfway through, glop it on and toss the rest. 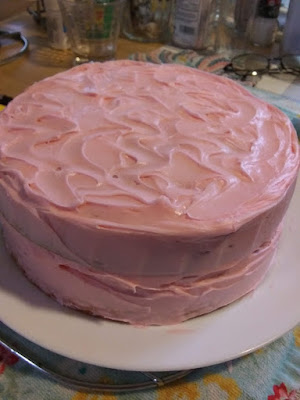 Not bad for someone who literally can't even boil an egg or make iced tea without help. He had a big piece with dinner and called it a success. Now I have to figure out how to freeze the leftovers because I know he won't finish it anytime soon and as pretty as it looks...I'm still not tempted.