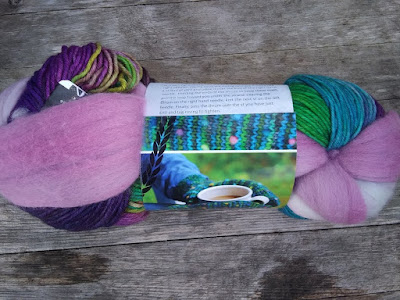 I know it's Valentine's Day but I've got nothing to show for it. How about some pretty yarn and roving to make some thrummed mittens? This is a kit I found on Etsy and it came all the way from Canada. I would have torn into it immediately but I am waiting for some new needles. 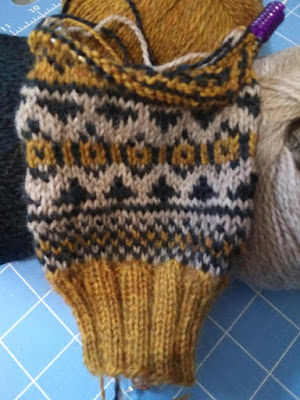 While I am waiting for those needles I decided to try my hand at some other kind of mittens. These are Mosi mittens. Daughter brought me back the yarn from Iceland to make them but I'm not using it. I am using some leftover Palette for my first pair to see it works out because I am learning new stuff along the way. 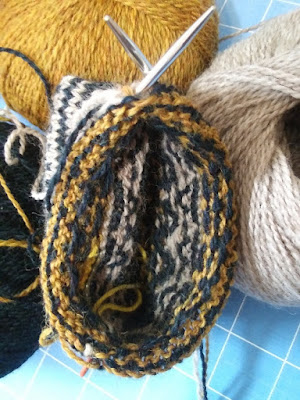 First I am learning to use one of those little 9" needles so I can knit them in the round. I bought it ages ago, tried it, hated it but I recently saw someone knitting some beautiful colorwork socks on one over on You Tube and she was raving about it so I dug it out and gave it another try. I think I like it. 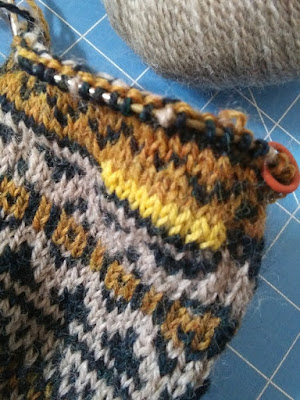 I am also learning how to do an afterthought thumb. I hate the fiddlyness of the thumb gusset when you are doing colorwork so this might be the solution. We'll see. I've still got a long way to go before I figure out if all this works out. 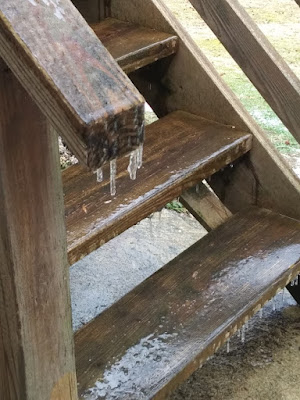 I had plenty of time to play with my knitting yesterday since this is what it looks like outside. We're in the middle of a nasty ice storm but at least this time.....so far anyway, we haven't lost power. Last time it took a week to get the lights back on.