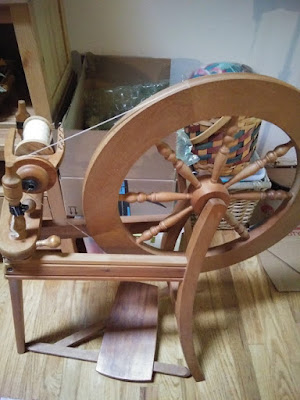 I have been itching do some sewing but my machine area was covered with some of my spinning junk. It usually lives in my little spinning corner in the living room but because of the remodel it's in a heap where ever I can find a spot to park it. 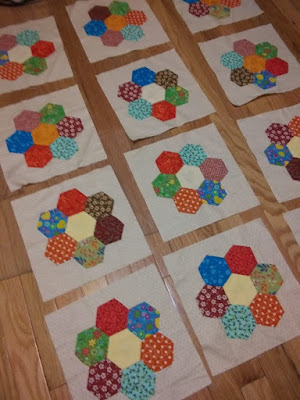 Yesterday I cleared it out and put it back in the living room so I could have some elbow room near the sewing machine. Then I went digging through my works in progress and found this old gem. 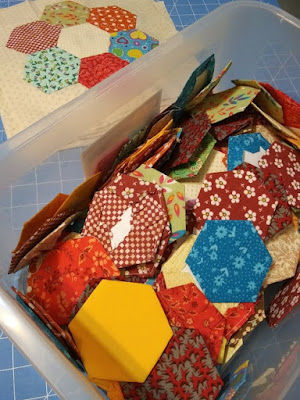 I was making these blocks last year before I switched the rooms around and forgot about it. I was using up one of Dad's hexie boxes. I've got several. The man was a hexie making machine. 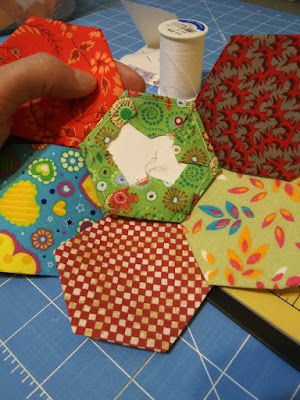 After teeny tiny Dear Jane it was nice to work on something bigger. 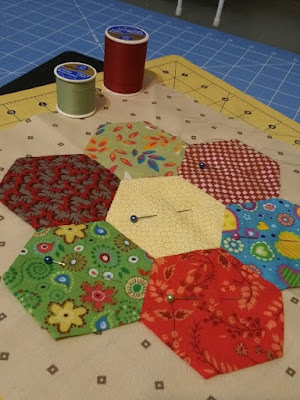 I love appliqueing them down. It's like sewing on binding-strangely soothing and perfect for a good  audiobook listen. 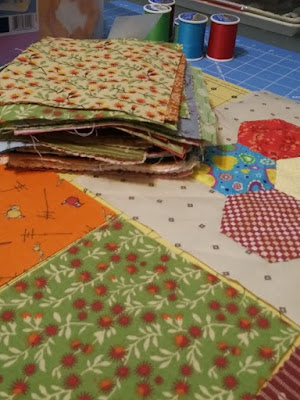 It was all going along well enough when I decided to sew the borders on as I go and start joining the blocks I already had. I gave myself a knot in my stomach and a pain in my head trying to figure out how to do a scrappy border along a 10 inch block using 5 inch charm squares. I gave up. I'll think about it later.
Posted by Araignee at 12:00 AM