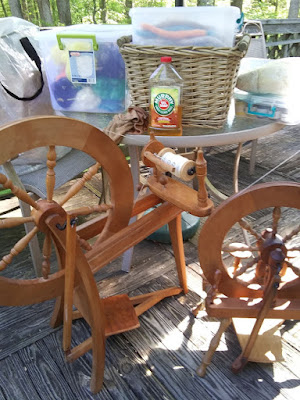 I couldn't go to the MDSW yesterday so I threw myself a fiber fest in my own backyard. I had wheels to clean and bins to wash and since it was a gorgeous day I drug it all outside to do it. 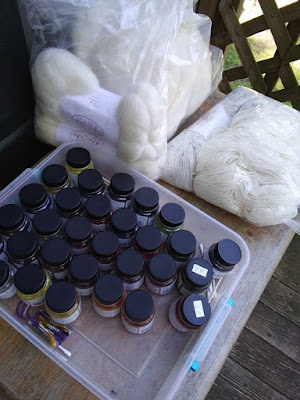 I also had yarn and roving to dye. I've couldn't get my hands on any of the festival colorways that were offered online so I decided to make my own. First I had to sort out my wool. I have a very bad habit of putting things away with labeling it. I had a tough time figuring what was what. 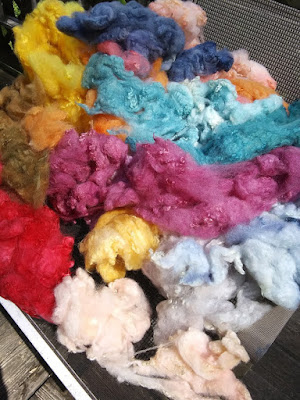 It took me a awhile to find the wool I was using to make all those rolags last summer. I finally found the bin under a heap of other stuff. It's California Red btw and this time I labeled it. 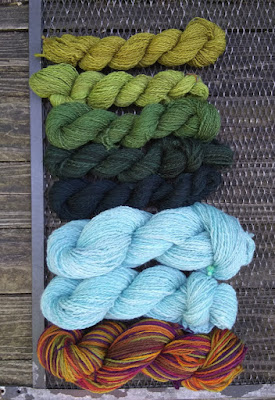 I also had all these skeins to wash. They were from last year's Tour. I never got around to it in the August heat. They fluffed up very nicely and are now tucked away in one of my three giant bins of handspun. 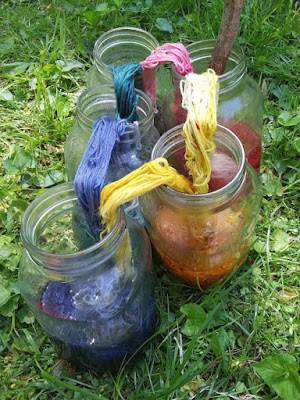 After all that washing and sorting I dyed a skein of Knit Picks Bare sock yarn. It was a very old skein in a tweed that has been long discontinued. I used the colors of the confetti-like nubbies to guide me. 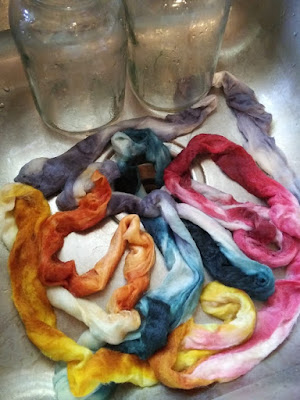 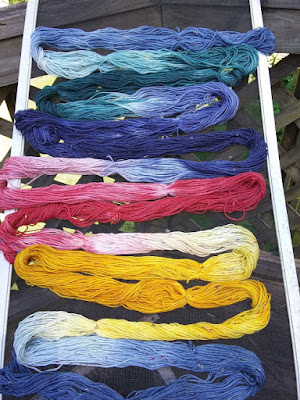 I used my warping board to make a really long skein. I was hoping for something other that a mish mash but I think what I got is a mish mash of clown barf. 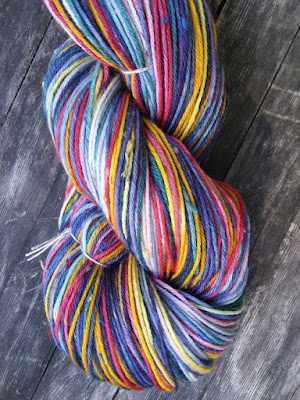 Ta da.....Araignee's official MDSW 2020 in the Pandemic colorway. If I wasn't so gosh darn tired after all that fun I would have cast it on to see what I have. Tomorrow. 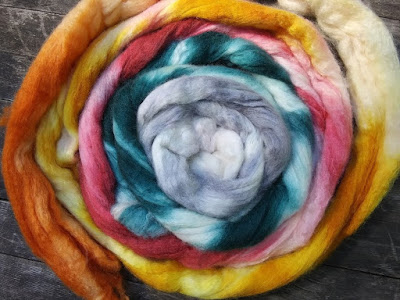 As is tradition I will start spinning the roving tonight to make a shawl to wear to next year's festival. Next year.
It sounds so far away.
Posted by Araignee at 12:00 AM