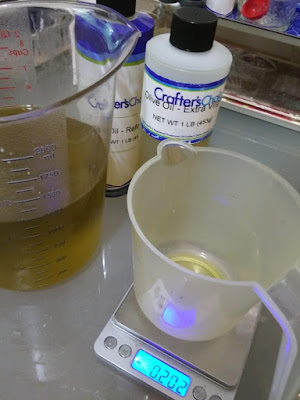 My olive oil shipment finally showed up. I usually use regular old olive oil from the grocery store when I make soap but I couldn't get any delivered. Even my Amazon Subscribe and Save shipment didn't show up this month so I had to get some from the soap supply shop. 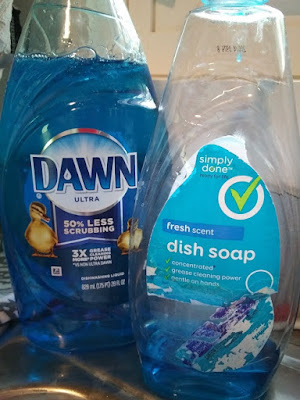 I also got some Dawn. From Staples. It was here the next day. Whenever I put in a order for it at the grocer I get the generic. It's not the same. You need Dawn for fleeces and soap because both are VERY greasy and nothing else will do. I also found The Mister's Special Dark chocolate bars at Staples too in case you are looking for some. 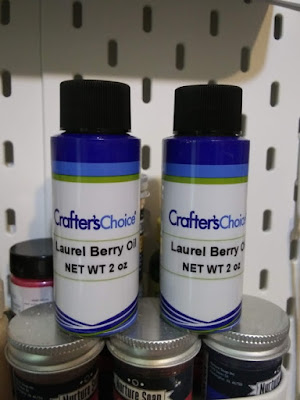 I couldn't be happier to be back in business making soap. Up first was the ancient Aleppo soap I've been itching to make using this very pricey oil. It's supposedly the soap recipe Cleopatra used. 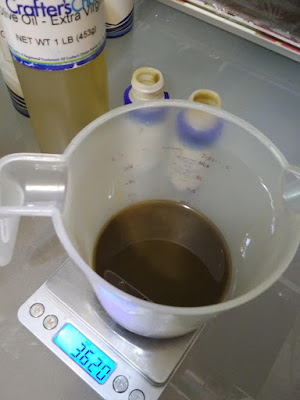 It didn't look very promising and smelled pretty strange. It was like green sludge. 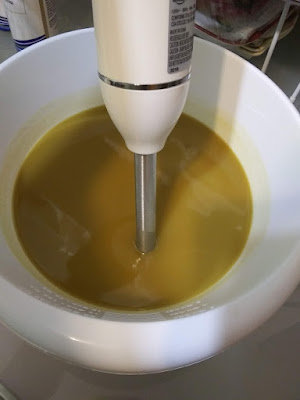 After mixing it with the olive oil it looked a little better and I even started liking the smell. It's earthy and green at the same time. 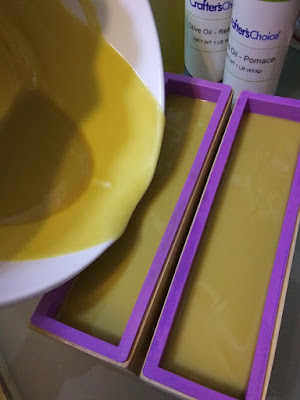 I made enough for two batches. This is another soap that has to sit for 6 months to a year before you can use it. It has no added color or scent. It's just olive oil, laurel berry oil, water and lye. 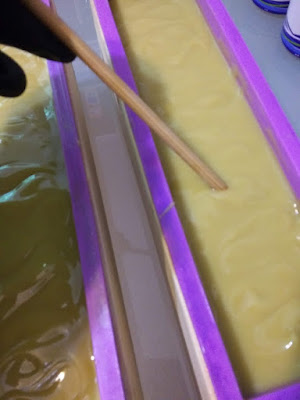 I knew from the other olive oil soap that I made that you can't play with it but I tried anyway. I wanted a textured top but it didn't cooperate. 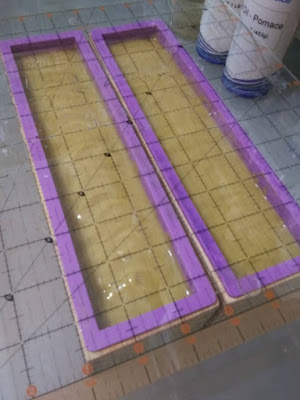 It takes forever to set up so I have to let it sit for a while before I can stick it in the little soap incubator that I made out of a heating pad and an old cooler. 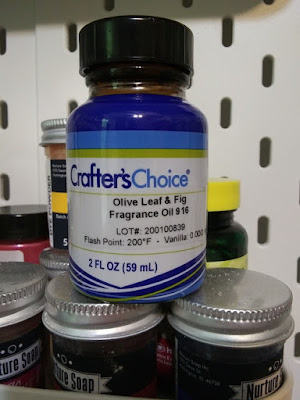 It was good to get back into soaping with something simple. I've got a bunch of new summer scents I am dying to try. This one came with the olive oil and it's really nice. 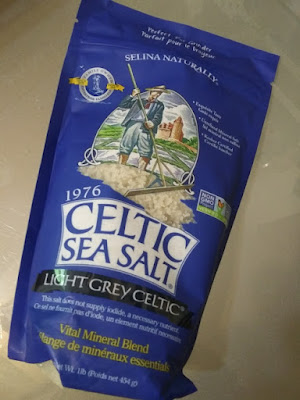 I've also got some bath bombs that need to be made. I found this gray sea salt on Amazon Pantry and I bet it would be pretty in a bomb with some pink sea salt. I had no idea sea salt came in so many colors until I started soaping. I've got black, red, pink and now gray. 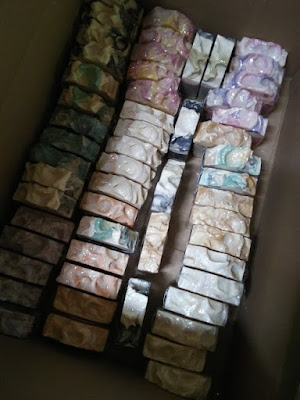 The only fly in all this ointment is that I still have all this soap that was supposed to be given away. I've been handing it out to delivery people but I swear someone keeps refilling that box. Oh, well. It will keep. As soon as I can get to that post office again I'll make quick work of re-homing it. Those are some really beautiful bars.
Posted by Araignee at 12:00 AM