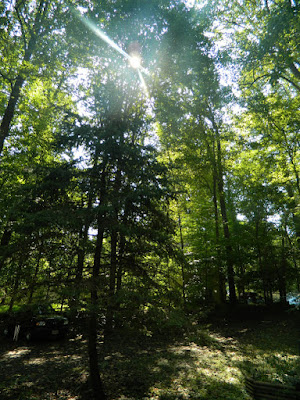 Look. Sun. It's still humid and still hot but at least it was dry. 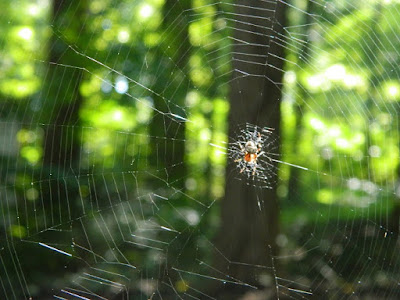 I actually went outside for a while but the world was still a buggy place. 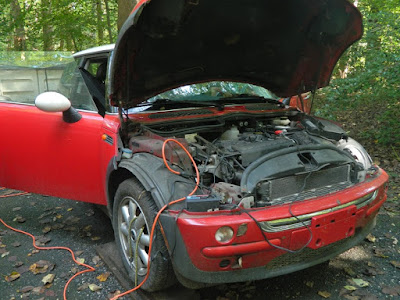 I had neglected poor Mini terribly during all this horrible weather.  I have to cover her because she has a leak somewhere around her back hatch and as a result she was covered in mold. Inside and out. She got a scrubbing and a charge on her battery which was dead. It's funny how much work it is to keep a car up when you are not driving it. 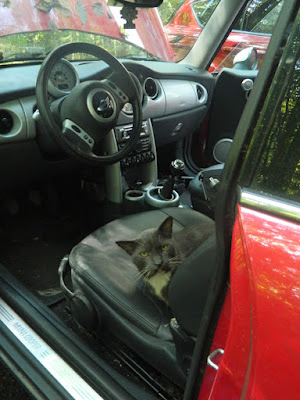 I aired her out during the day and look who I found in the front seat when I went to close her up. It's our newest little friend. He's friendly so I guess I'll be taking him for some shots soon. He's been around about a year now so I guess he's mine. Sigh. 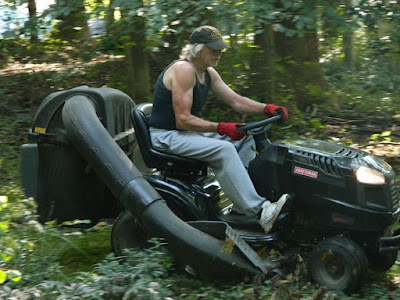 The ground was wet but The Mister had a go on the riding mower to get up some leaves-and to just get out of the house. Of course it broke down right after I snapped this photo and it's now in pieces all over the yard. It's something with a belt. He thinks we're cursed. I do too. 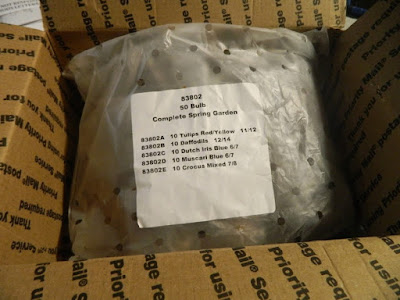 On a more happy note, I got some bulbs in the mail. Valerie inspired me to plant so plant I will. Tomorrow. 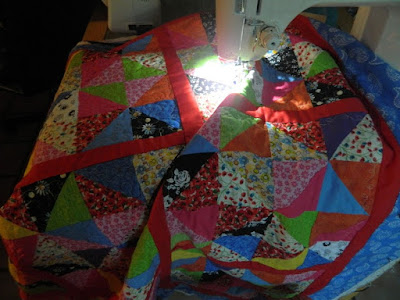 I was getting eaten by mosquitoes so as much as I hated to I had to come in. I had this to keep me busy. 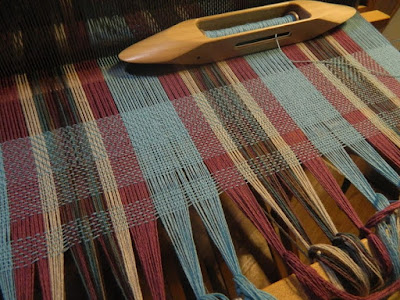 And this. It doesn't look like much now but it will soon. I hope.
Posted by Araignee at 12:00 AM