The State of the Knits 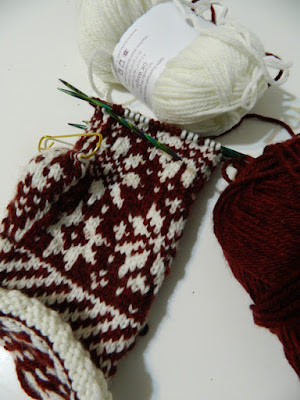 My knitting mojo has been gone with the wind. Literally. I packed a bag of things to knit during our two days hiding out in the basement but I never picked it up. Before all the drama, I did get this far on Snowfling. I had been putting on two rows a night to keep it going. 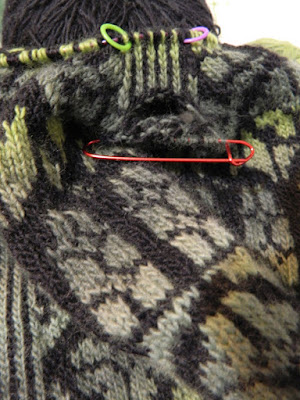 I've re-knit seven rows on Tracery since the big ripping session. It gets one row a night. 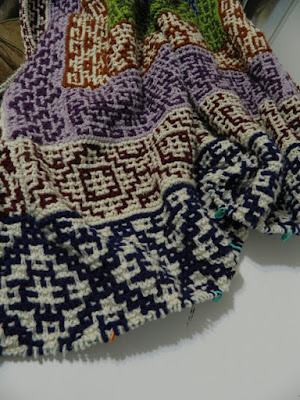 I have two more rows on the big blanket's second end border. I am going to pack it up until next winter when I get it done. I am over dragging the giant thing around for now. 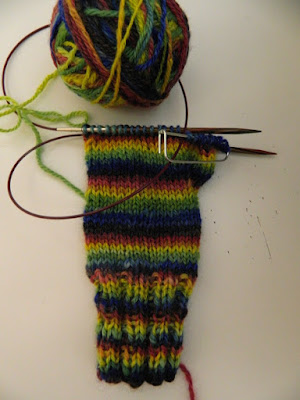 I just took the thumb off of the second Olympic mitt. As much as I don't like them I am having fun knitting them. Sometimes you just need a silly knit to get you through the night.
Posted by Araignee at 12:00 AM