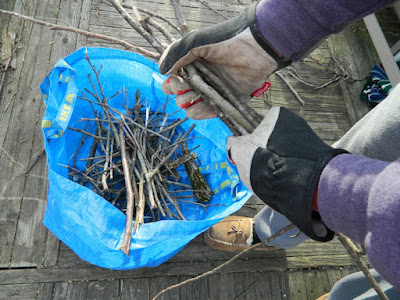 We survived our scary wind storm without major damage. The place looks like a kindling farm at the moment so now that it is safe to go out again The Mister is hard at work clearing the deck. The yard can wait. 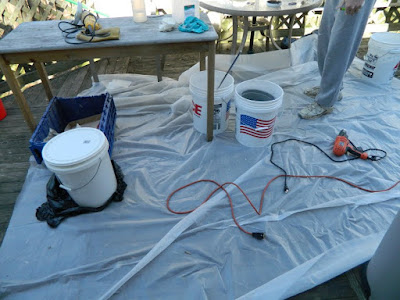 Before the storm changed our plans we were going full tilt in the bathroom last week. The deck that is now littered with branches was littered with tiling stuff. 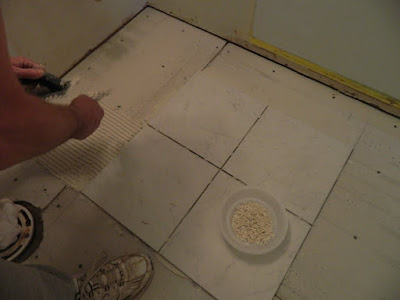 It was floor week. 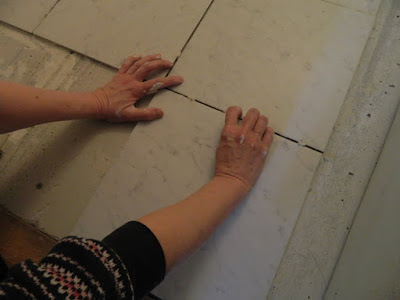 I ended up being the trowel man since I am a bit more bendy than The Mister. The floor was not nearly as much fun as the walls. At least not for these two rickety old people. I couldn't move all day Thursday after my day long troweling on Wednesday. Sleeping in a chair in the basement for two nights didn't help matters either. I can barely move. 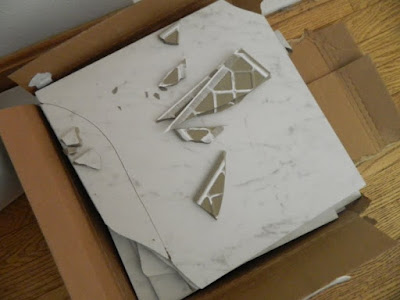 When we opened the second box of tile on Wednesday it was a disaster. Every single one was broken. It serves us right for not checking. It's been past 90 days so I can't even take them back according to Loews customer service rep. 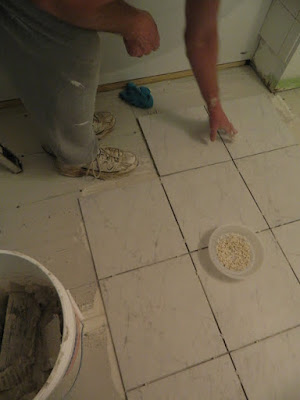 Using all the unbroken ends for the cut pieces, we managed to have just enough to finish the job. We still have yet to stick those down. We are taking a break. That wind storm really did us in. 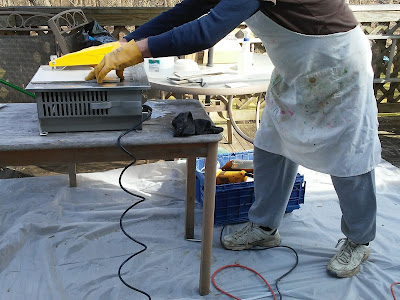 Oh, well. We'll try again on Monday. It's only been six months since we started this project so I suppose it makes no sense to rush now.
Posted by Araignee at 12:00 AM