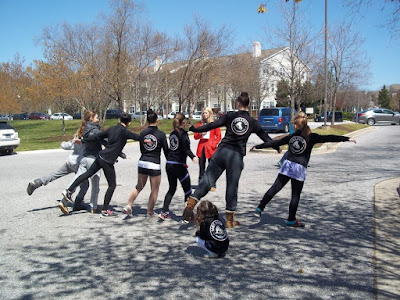 It was another competition weekend. This time out we were at Piney Orchard Ice Arena on a freezing Sunday morning. It was colder outside than it was in the rink. Brrr....we had to use the parking lot to get in some last minute practice. 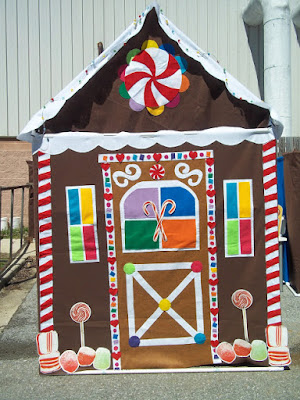 It was also windy. At this rink they make us put up the scenery outside. Here is the centerpiece of the 12 foot high gingerbread house right before it took a nosedive into a puddle. It's other two sections also took turns coming apart at the seams in the wind. Grrrr....I spent the morning picking them up and putting them back together while waiting for our turn to skate. 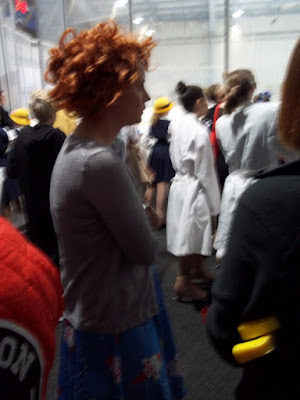 Waiting to go on is so hard. Watching all the teams go before you is nerve wracking. Our Miss Frizzle had some choice words about this particular event deciding it was a good idea to put 9 production teams, several ensemble teams and a slew of synchro teams all in the same place at the same time. It was madness. We also had only about 15 minutes to change between numbers. I had to ungreen myself very quickly. 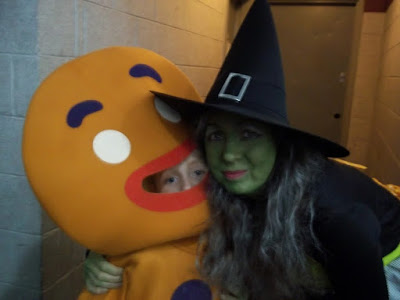 Me and my little gingerbread friend did some silly selfie posing to kill the time and calm our nerves. 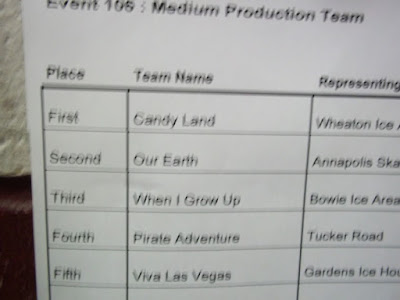 It was one of those days when everything seemed to go wrong. We had mix-ups and near disasters all day but we finished first-in both categories. We had to check the results ourselves. We couldn't believe our eyes or our luck. 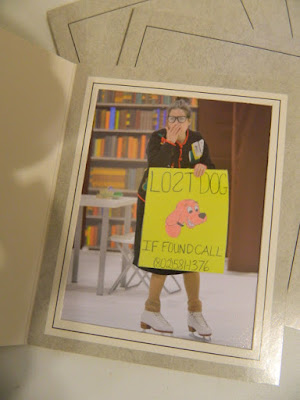 Since I don't have a mommy or daddy to take pictures of me from the audience anymore, I bought some from the digital photographer. I need proof that I actually am still doing this after all these years and at my age. No one believes me. That's me as the librarian in our large production number realizing there is probably a big red dog somewhere in the library. 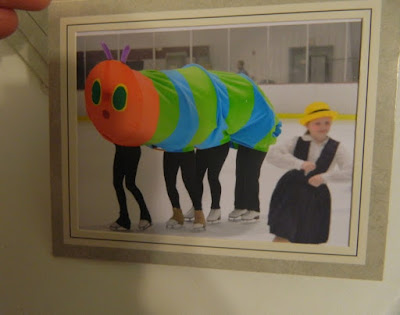 Here's that Hungry Caterpillar I built. I do love him. It's going to be sad to put him out to pasture at the end of the season. 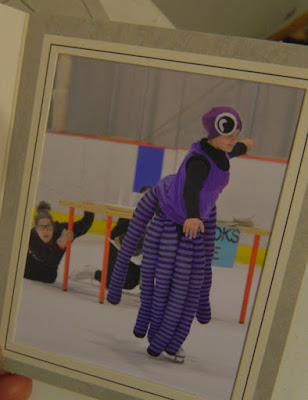 That's me under the table being terrified by the Magic School Bus characters. Beep, beep. 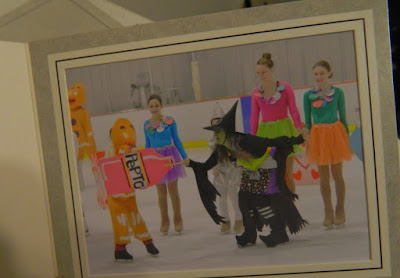 Finally here I am as the witch spooning the Pepto into naughty Hansel and Gretel while the Sugarplum fairies look on. I love that costume. I love being green. 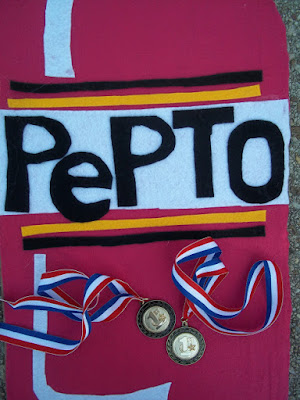 Man, what a long day. I need some of that Pepto myself-and a good night's sleep.
Posted by Araignee at 12:00 AM