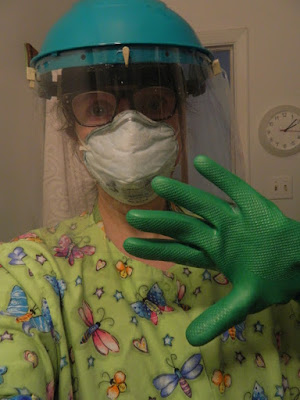 Last week when I posted that goofy picture of me I got some questions about what it was all about. Since I have also gotten comments lately from some of you who are getting ready to give this a try I need to explain. This is how I really look when I make soap. The headgear protects your face from lye splashes and the mask keeps you from breathing in the fumes when you mix the lye with water. It makes you cough. It's pretty nasty. I have been splashed before and it does burn-just as if you have dropped a pot of boiling water on your foot from hard boiling eggs one week before the first skating competition of the year...ahem. Anyway...I also usually wear two pair of gloves when handling the lye-especially during cleanup which gets messy. I do take off the top pair when I am doing all the fancy color things in the mold. Big gloves and glitter do not a combo make. Once the lye is in the batter there are no fumes so I take off the mask and just keep on the clear splash guard to protect my eyes. 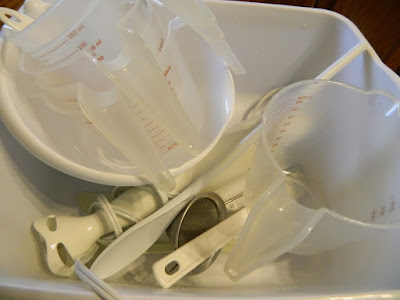 Everything that touches lye or the active batter is stored in a bin out of the kitchen. No matter how clean you get it, you should never take chances. 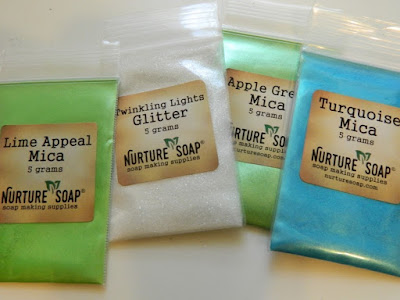 Now that the scary part is out of the way, here's the fun part. Choosing colors and glitters that go with....... 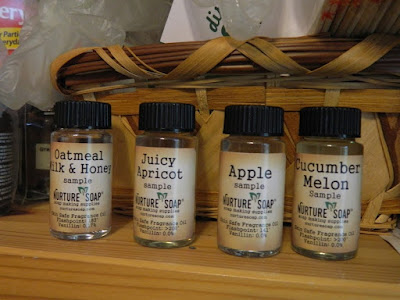 ....all the fun scents they have out there. I just ordered a bunch of samples from Nurture Soap. With soap, a little bit goes a very long way. It's the one hobby I have where everything is so cheap. I love it. 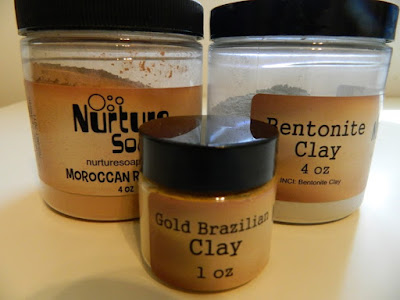 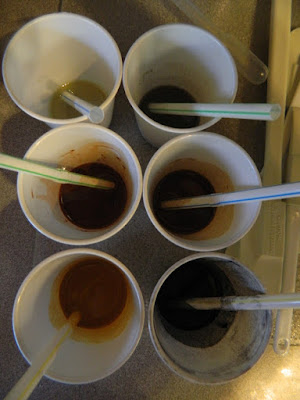 After making so many tutti fruitti soaps last week I wanted something down to earth and you don't get earthier than clay. 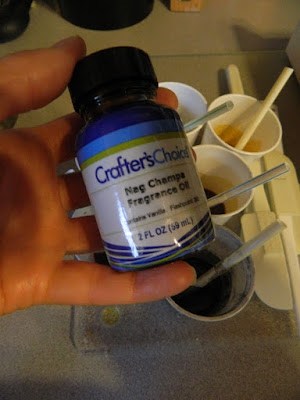 I've had this fragrance oil burning a hole in my pocket for weeks now. I wanted to make some "man" soap and this oughta do it. 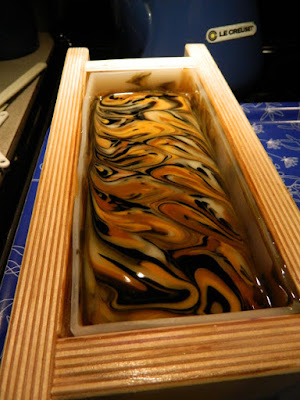 It was so pretty after swirling I hated to cover it with the final layer of batter. 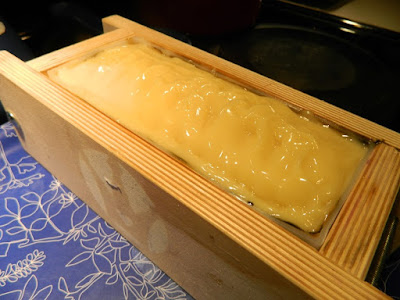 Since this was a guy soap, I didn't get fancy. I just plopped it on and later took a spoon to it to add some peaky texture. 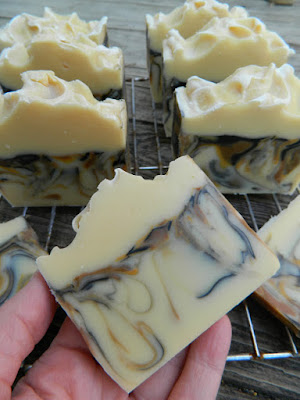 Hmmm....it's not exactly what I expected but that's what's so fun about soap. Until you cut it you have no idea what you have. That fragrance is strong. The Mister loves it but it's too much for me. Maybe it will cure out. Clay tends to help a fragrance stick in the soap so it may not. 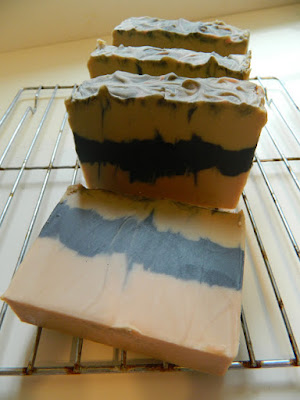 Of course I had to redo that fragrance. I like it but not at that volume. I turned it down a notch or two in this one and added more colors of clay. 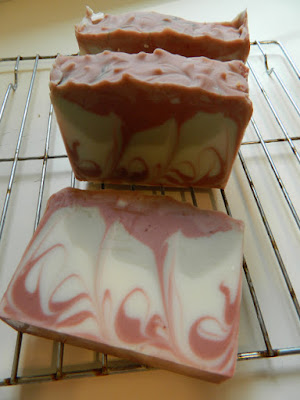 Then I picked up the clays again and made a Cherry Almond loaf that I think is very pretty. I had no idea you could do such fancy designs with just clays. 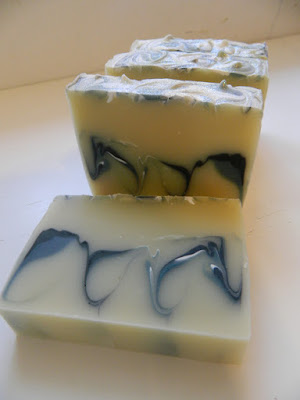 Earlier in the week I had made another guy soap for The Mister. Meet Wasabi. I have no idea if it smells like real wasabi or not. All I know it that it smells good-and spicy. 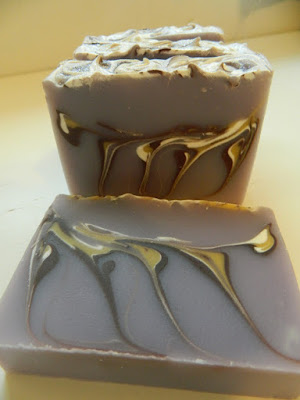 This one is for me and I do know that it smells like Blackberry Sage. It makes me hungry. Now I have a soap room that smells like a fruit stand. No wonder I can't keep my hand out of the jelly bean jar.