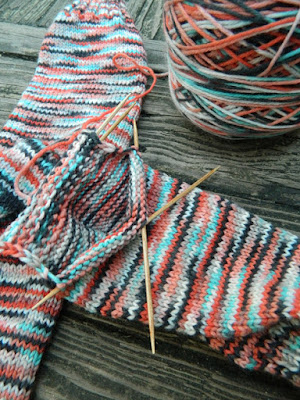 It doesn't seem like it but there is knitting going on. Everyday. All day here and there. I just turned the heel on the second Retro sock. 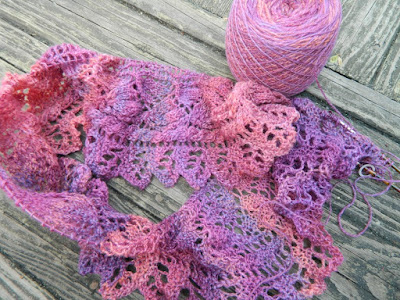 Regina Marie looks like this now. I do half of the 16 row pattern in the morning and the other half at night. I need to do this 26 times and I think I have done about 22 so far. 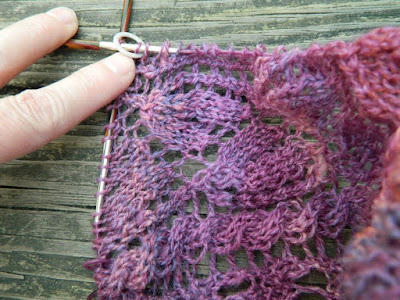 It's hard to get an idea what is going on because of the unusual construction. It doesn't lie flat. It's all joined together as you make that edging. It's a bit awkward but it's still a fun knit. 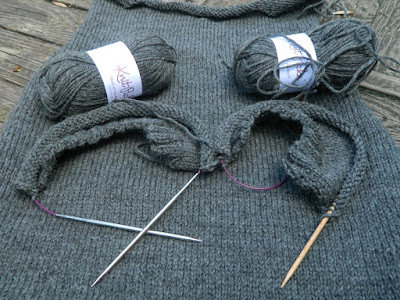 The back of Son's second gray cardi is done. Now I am on the fronts. I am doing them at the same time on separate needles. 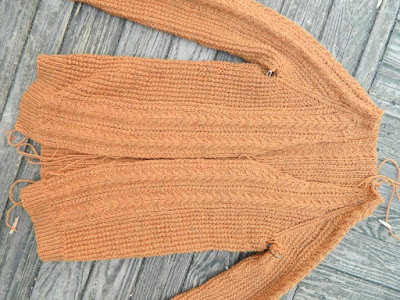 Speaking of fronts, White Pine is all done except for her front bands. I have to do the pick up and knit thing and I have to be in the mood to do that. I'm pretty sure the mood won't strike me until fall so it's officially in time out during the warm weather months. 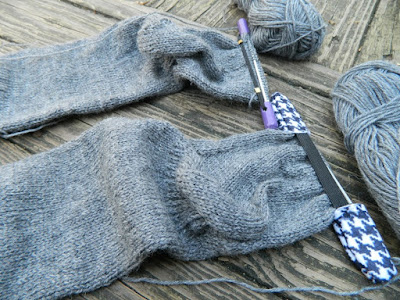 The gray socks I am making from Son's first gray cardi leftovers have been heading to the toe for an eternity it seems. I'm still walking and knitting almost everyday on them but like that 10 pounds I am trying to lose, they are going nowhere.