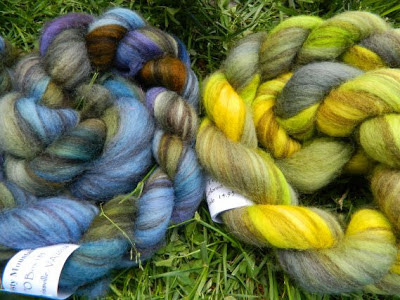 Once upon a time there were four pretty fiber braids that were bought at the MDSW. 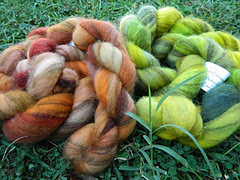 Daughter gave them to me for Mother's Day a few years ago. 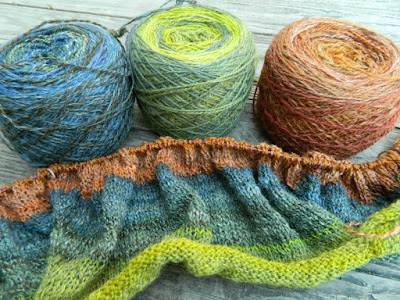 It took several Tour de Fleeces to spin them and then they were stashed away. 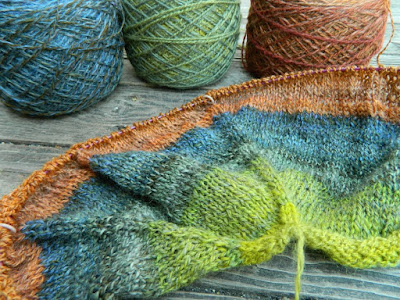 Now that White Pine is in time out, her spot is being filled by yet another attempt at a handspun Featherweight. This one will be striped. My first try was a disaster of epic proportions when it grew to a ginormous size during blocking. Hopefully the BFL will play more nicely than the naughty Merino did. 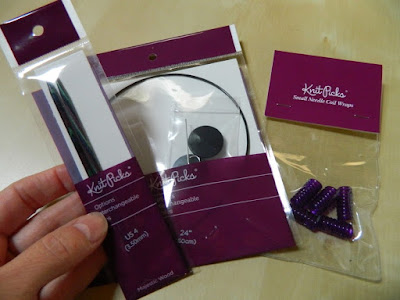 When I was swatching it I discovered the needle size I needed was in use so I took the opportunity to try out Knit Picks new Majestic needles. 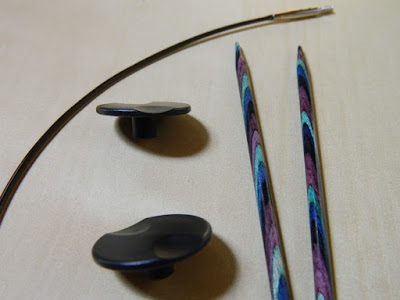 They are blue and purple and have spiffy black cords. Sadly, while waiting for them to show up in the mail I discovered they weren't going to be the right size for gauge after all. Boooo....now I'll have to figure out another project for them. They are just too pretty to ignore.
Posted by Araignee at 12:00 AM