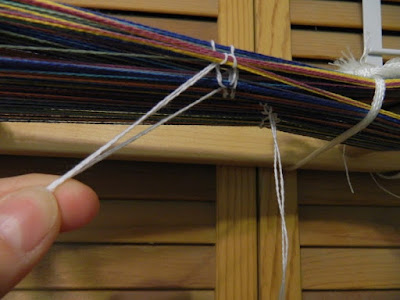 That complicated warp I've been working on is done. There were only three ends to each color so it was as fiddly as could be. Someone asked me in the comments a few weeks ago how I keep it all straight. Counting threads. In this pattern, every nine threads, which were a color repeat, got bundled. 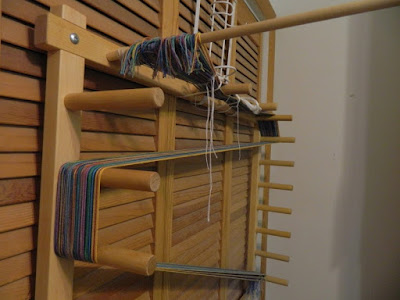 It was touch and go at the end.  My hairbrained idea about tying it on the rod while it was still on the warping board tripped me up. It worked great up to a certain point but then the last several inches kept popping off due to the angle I created between the pegs. 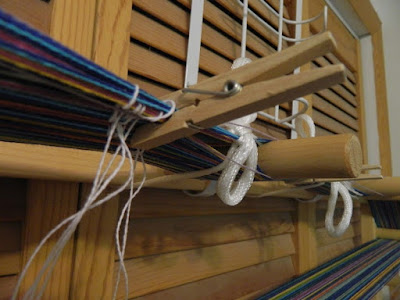 I had to use ties and even clothespins to hold it on. It was excruciating. I could only do a few colors at a time before I was ready to throw it all in the trash. I won't be doing that again. 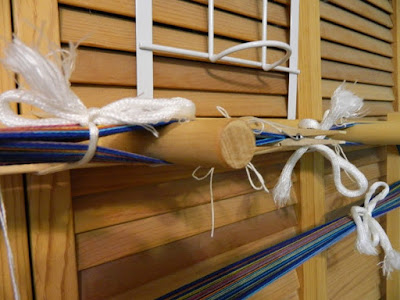 Now it's all tied down and ready to go to the loom-but I'm not ready. I need a day or two to face the fact this may all be a disaster once I try to pull it off the pegs. 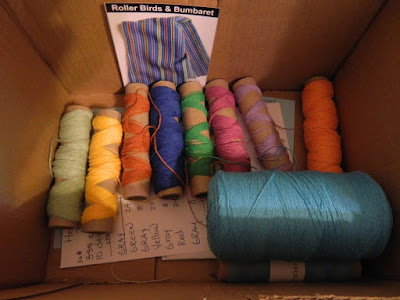 This is what the kit looks like now that I'm done. The turquoise I suppose is the weft but what's that hiding underneath? 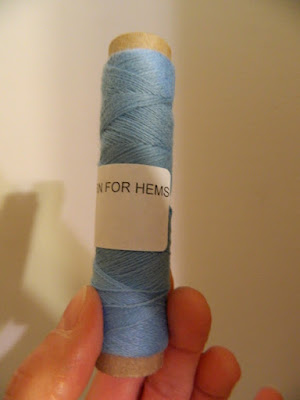 I just noticed there is hem thread. Cool. I hope I get to use it.
Posted by Araignee at 12:00 AM