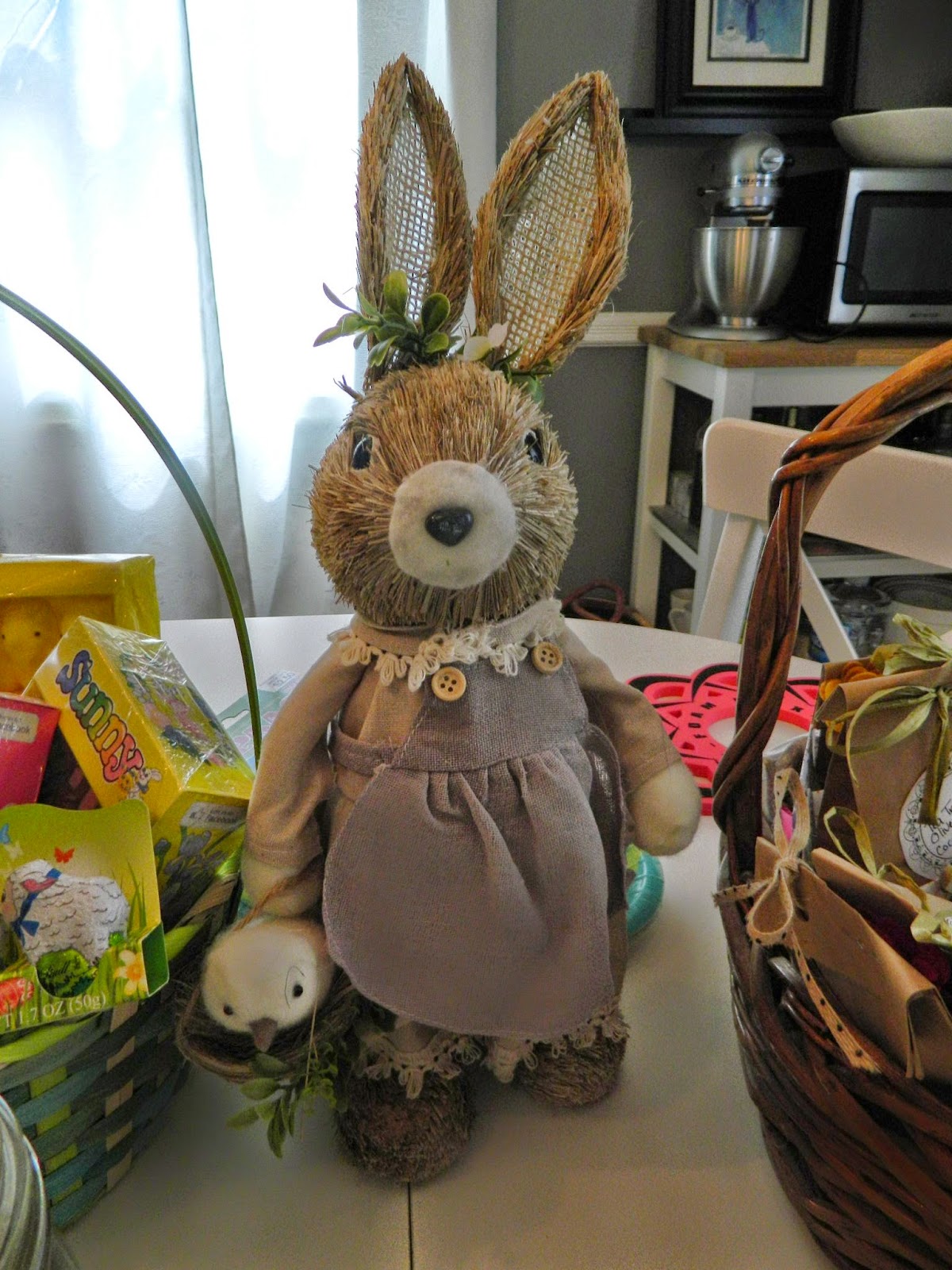 We had Easter dinner at Daughter's house. 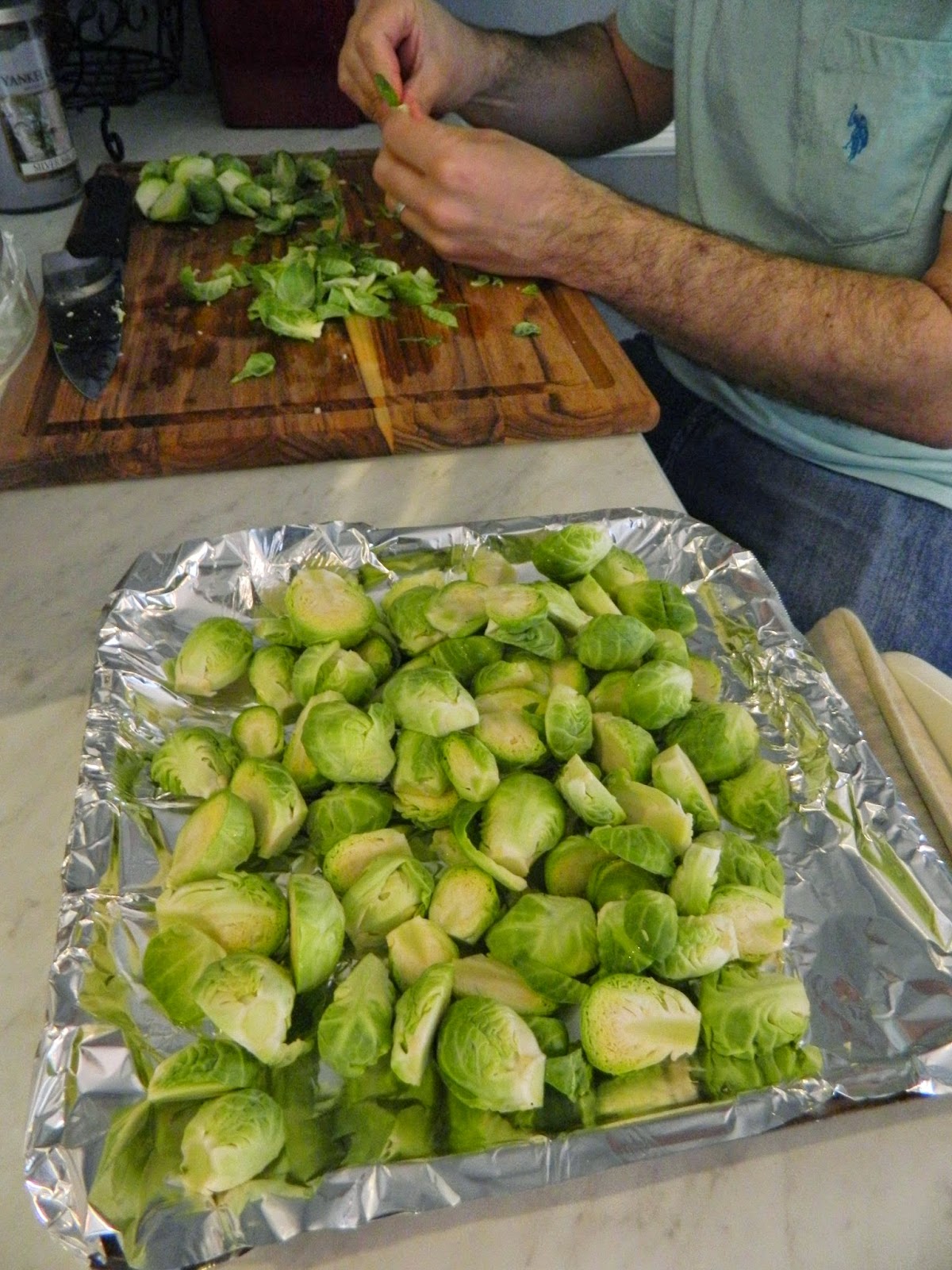 Her hubby was hard at work prepping the green stuff. This is usually Middle Son's job but he was MIA this year. We missed him. 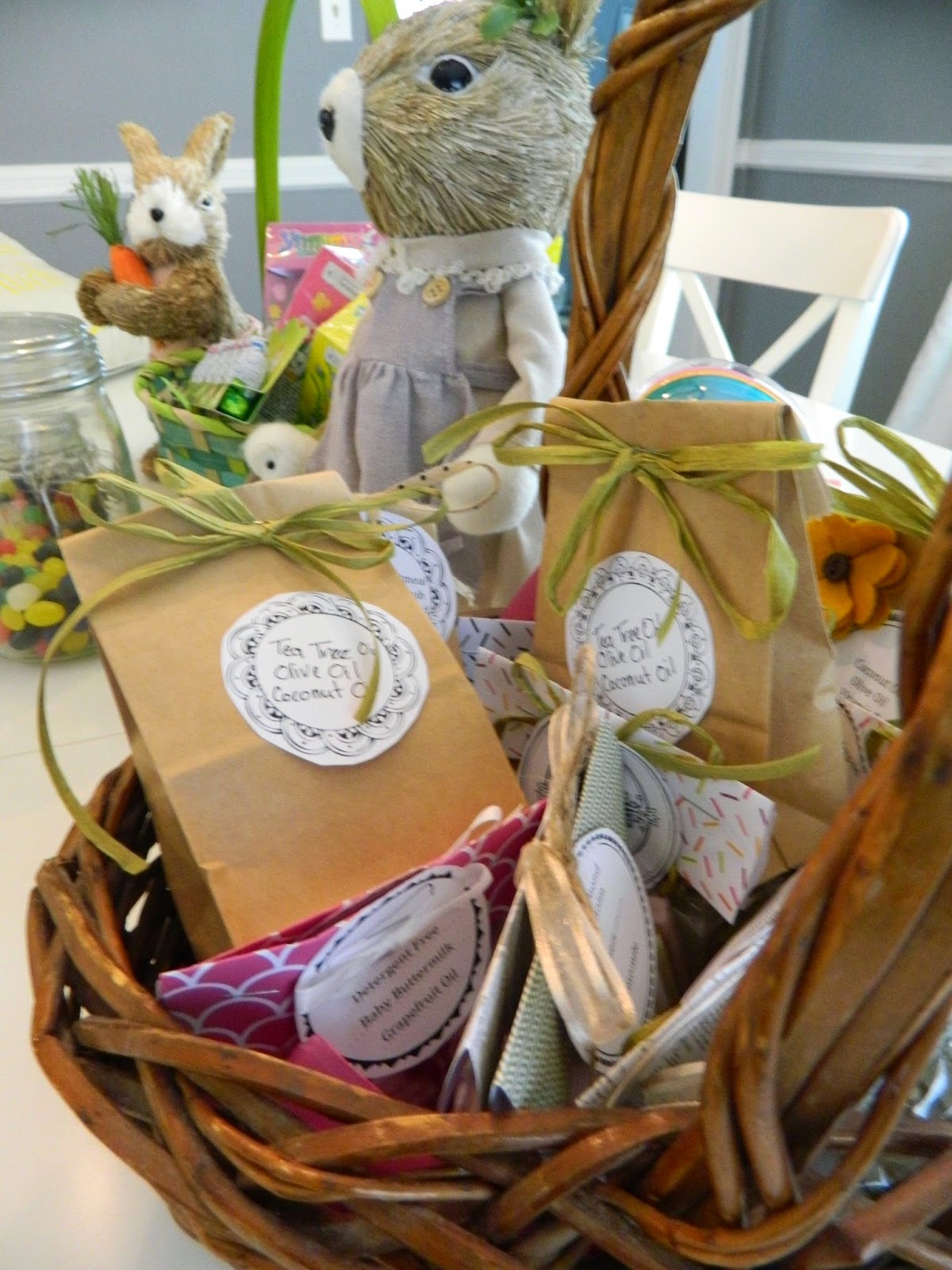 My contribution to the festivities was store bought potato salad and.....you guessed it-soap. I made a basket for the ladies in attendance. 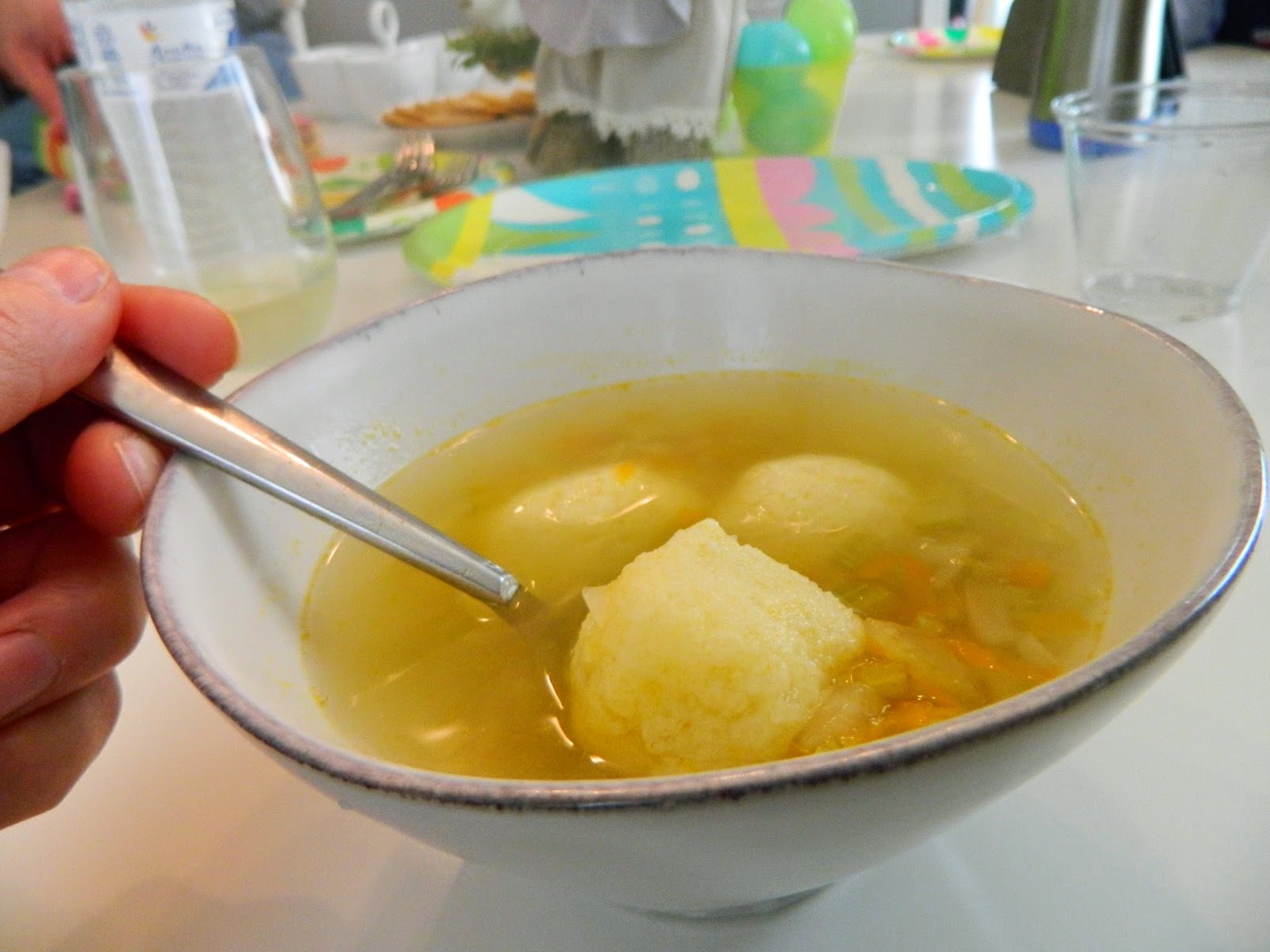 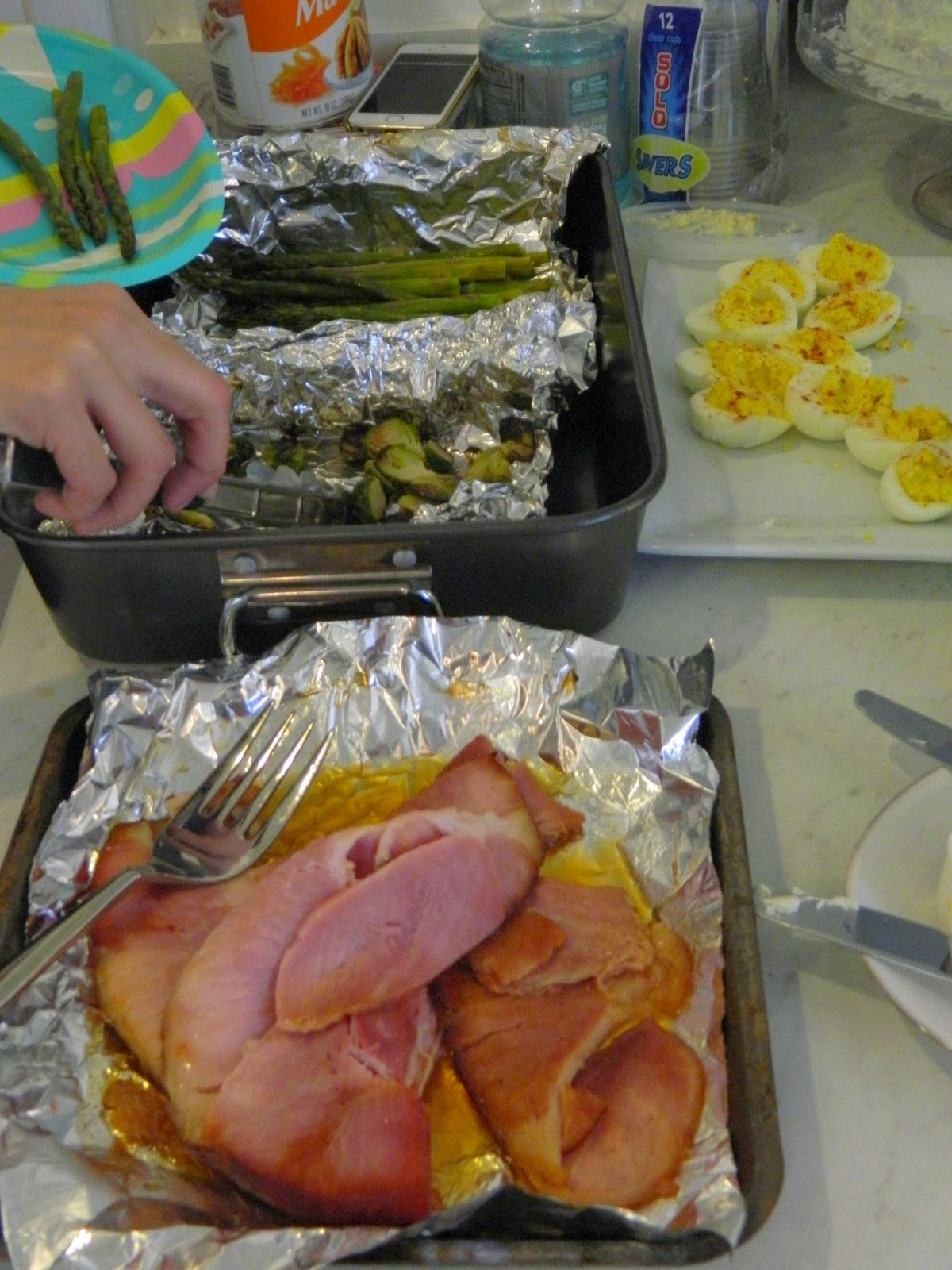 The rest of the meal consisted of the Easter regulars. It was all yummy. 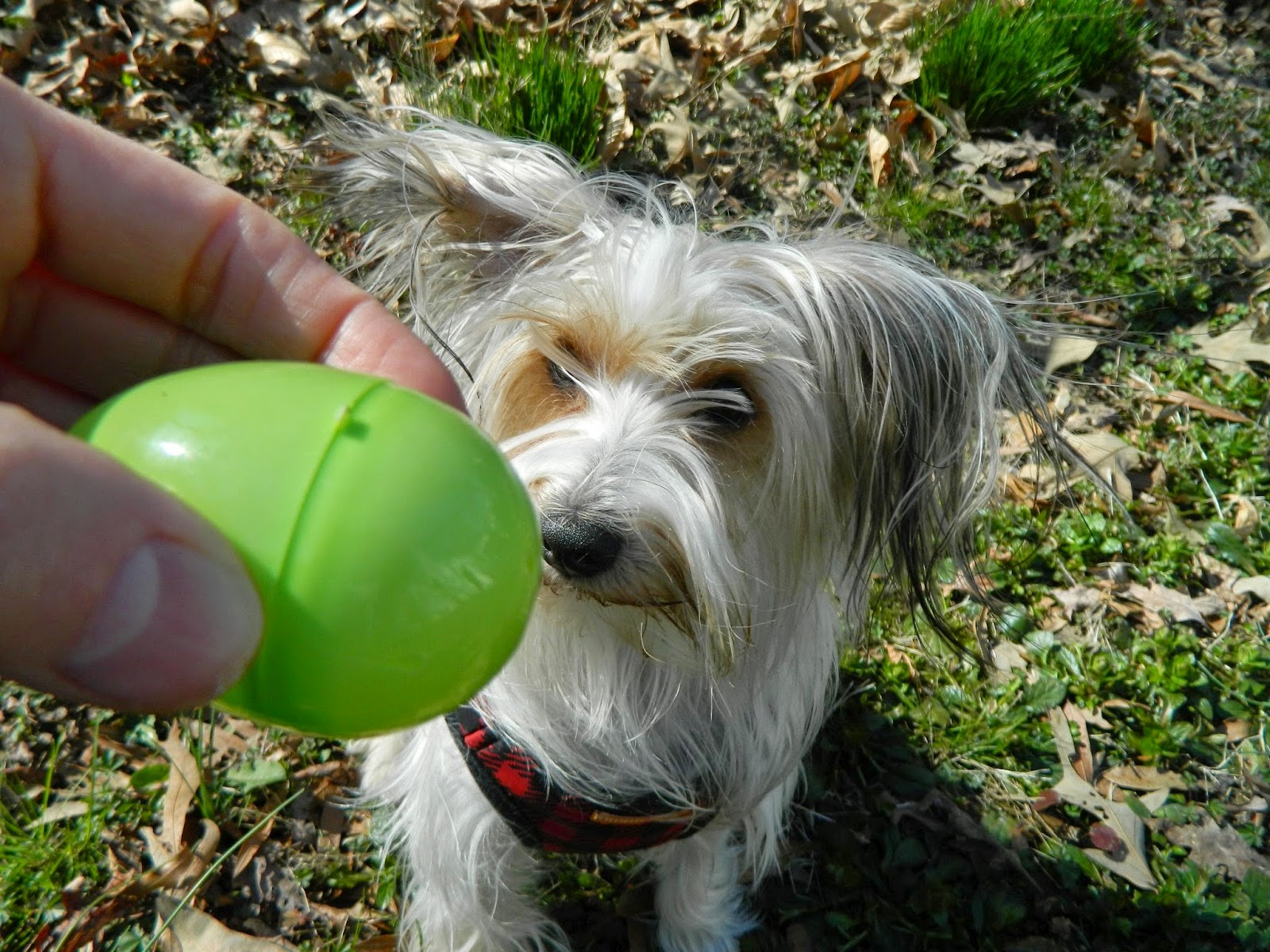 After dinner we had an egg hunt. Pup was a giant pain. She thought the eggs were for her and wouldn't leave them hidden. 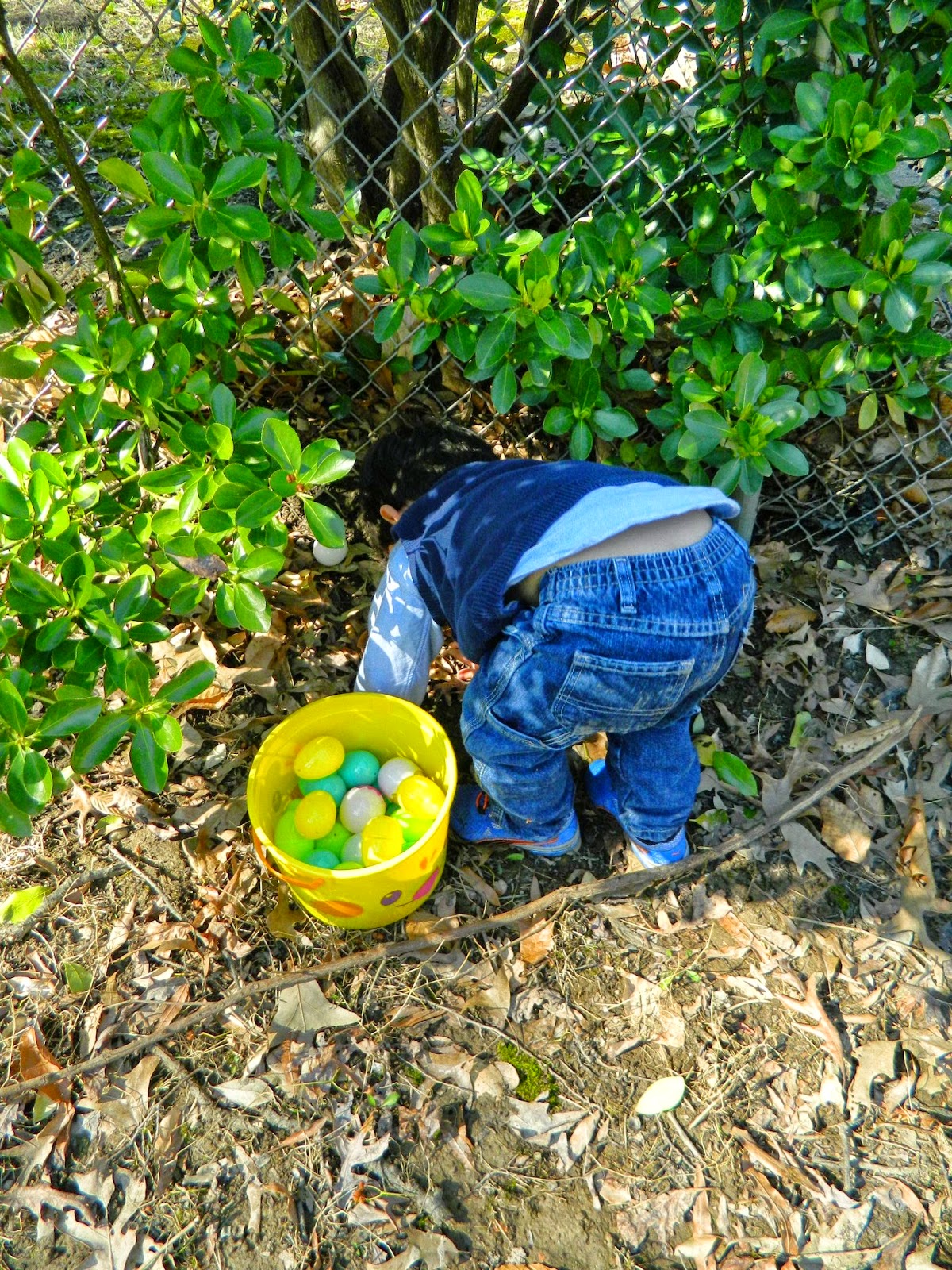 They were for Grandson who takes his egg hunting very seriously. 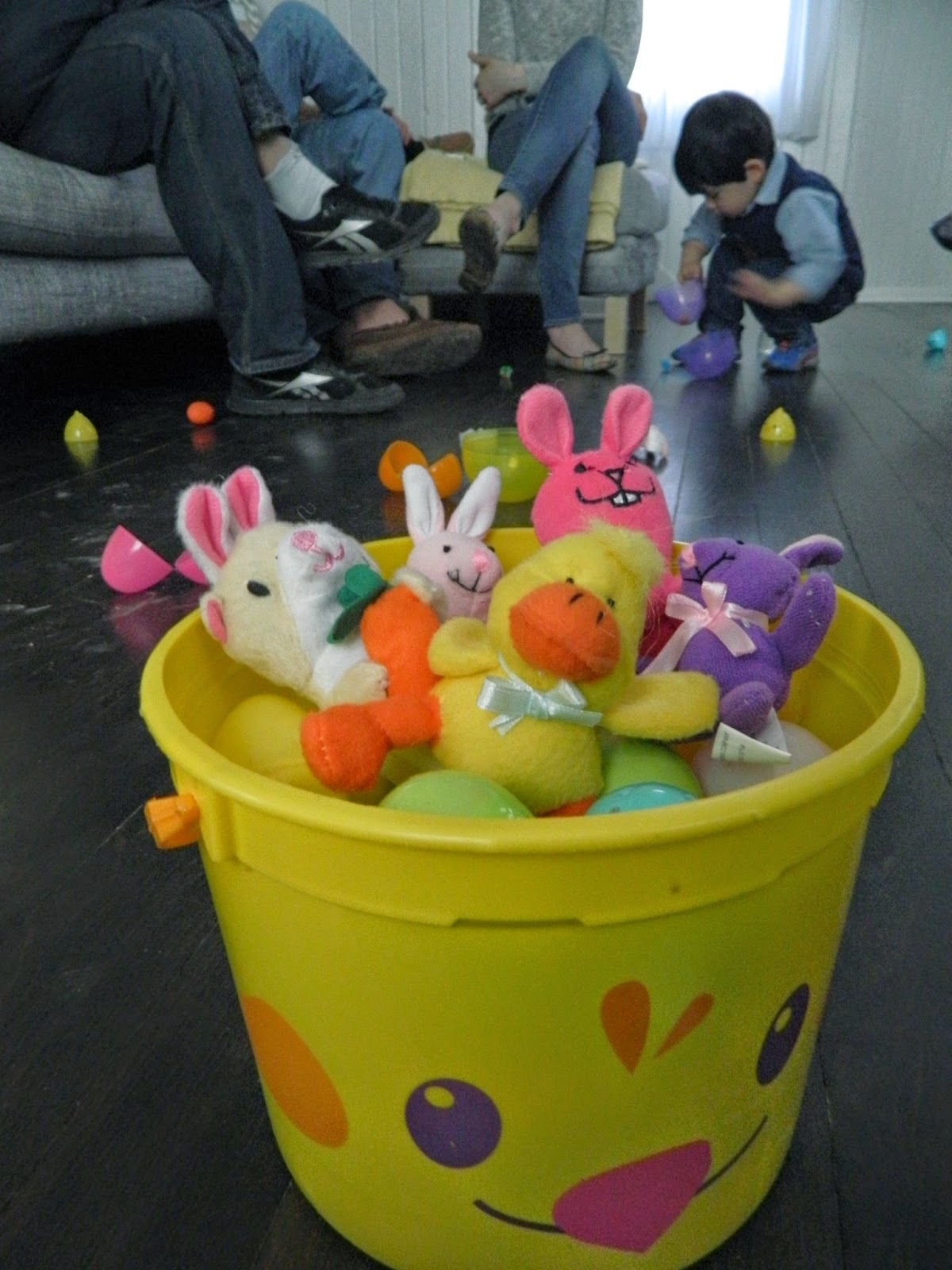 He was a constant source of entertainment. Two is a fun age. 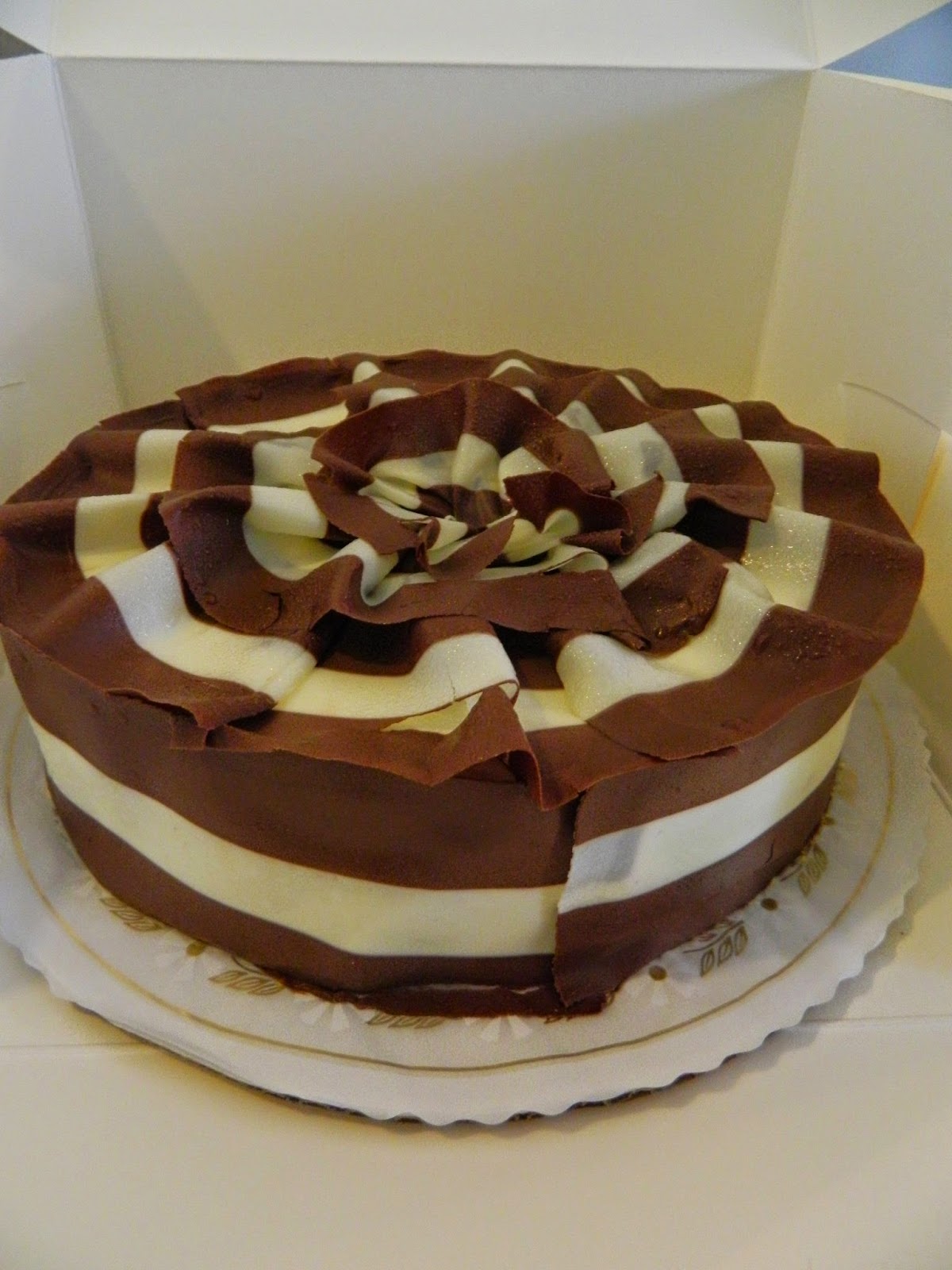 Daughter in Law contributed this marvelous marble mousse cake. It was amazing. 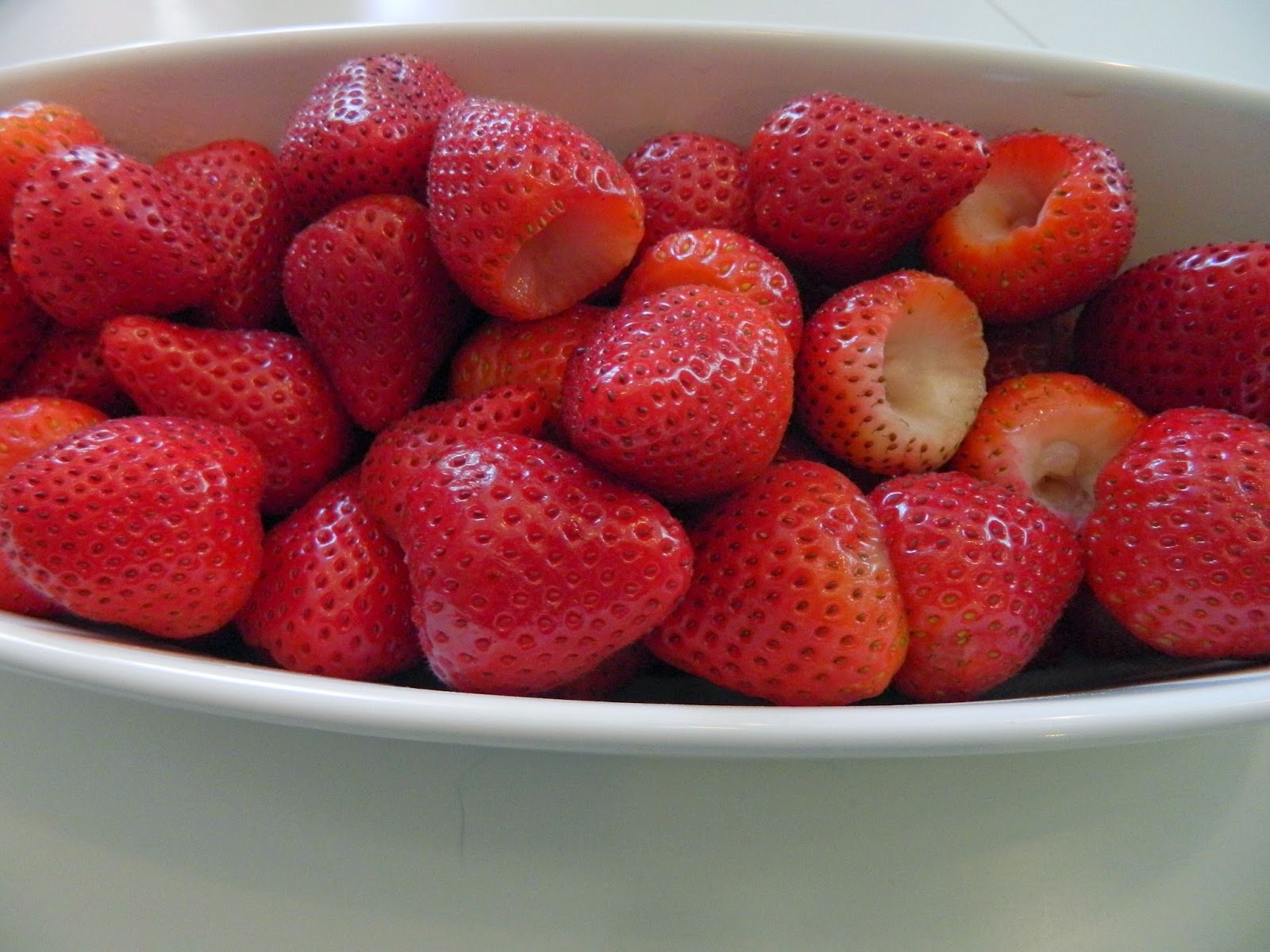 The meal was finished off with lots of laughs and fresh, ripe strawberries. 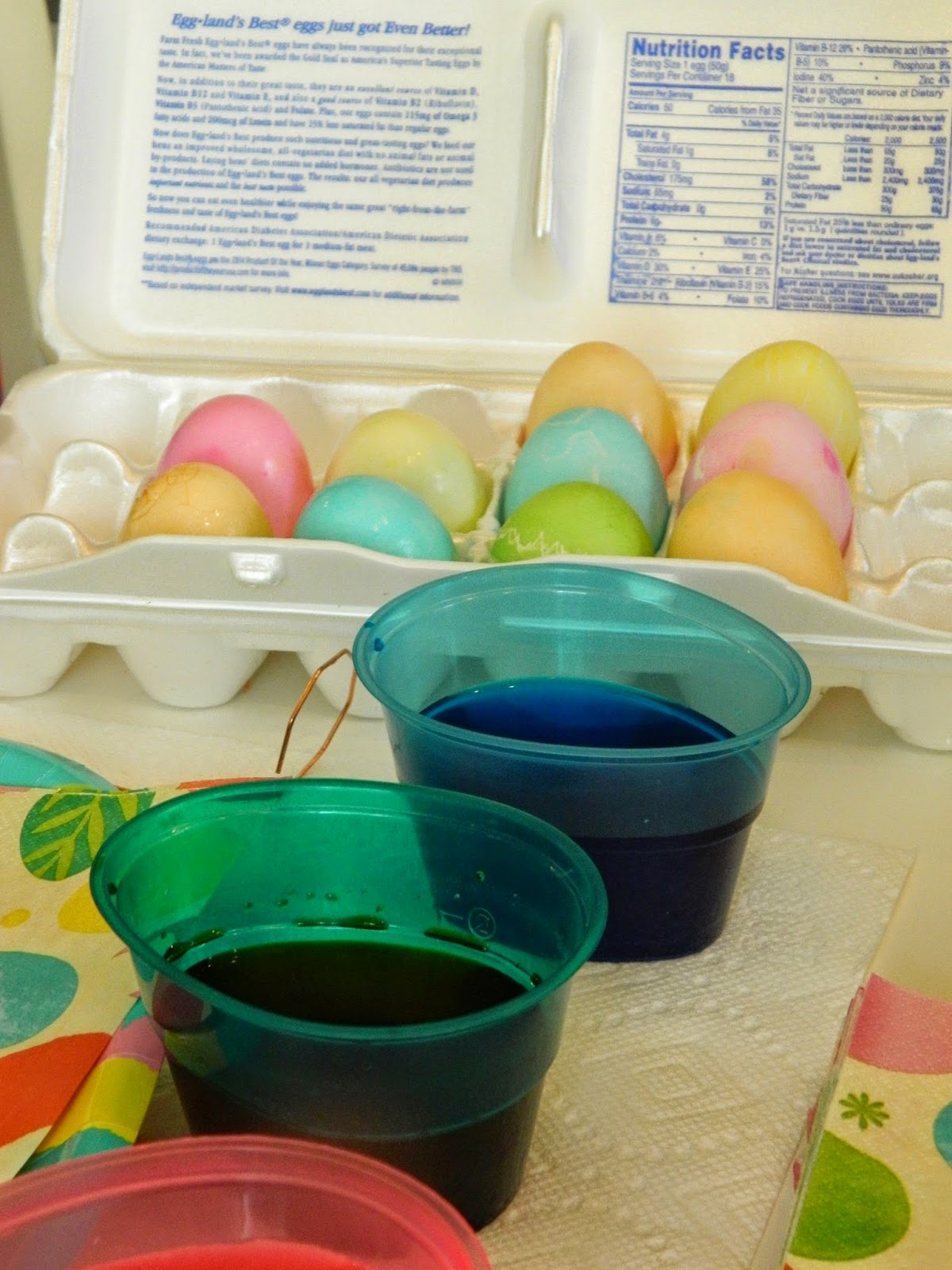 After dessert there was egg dying. 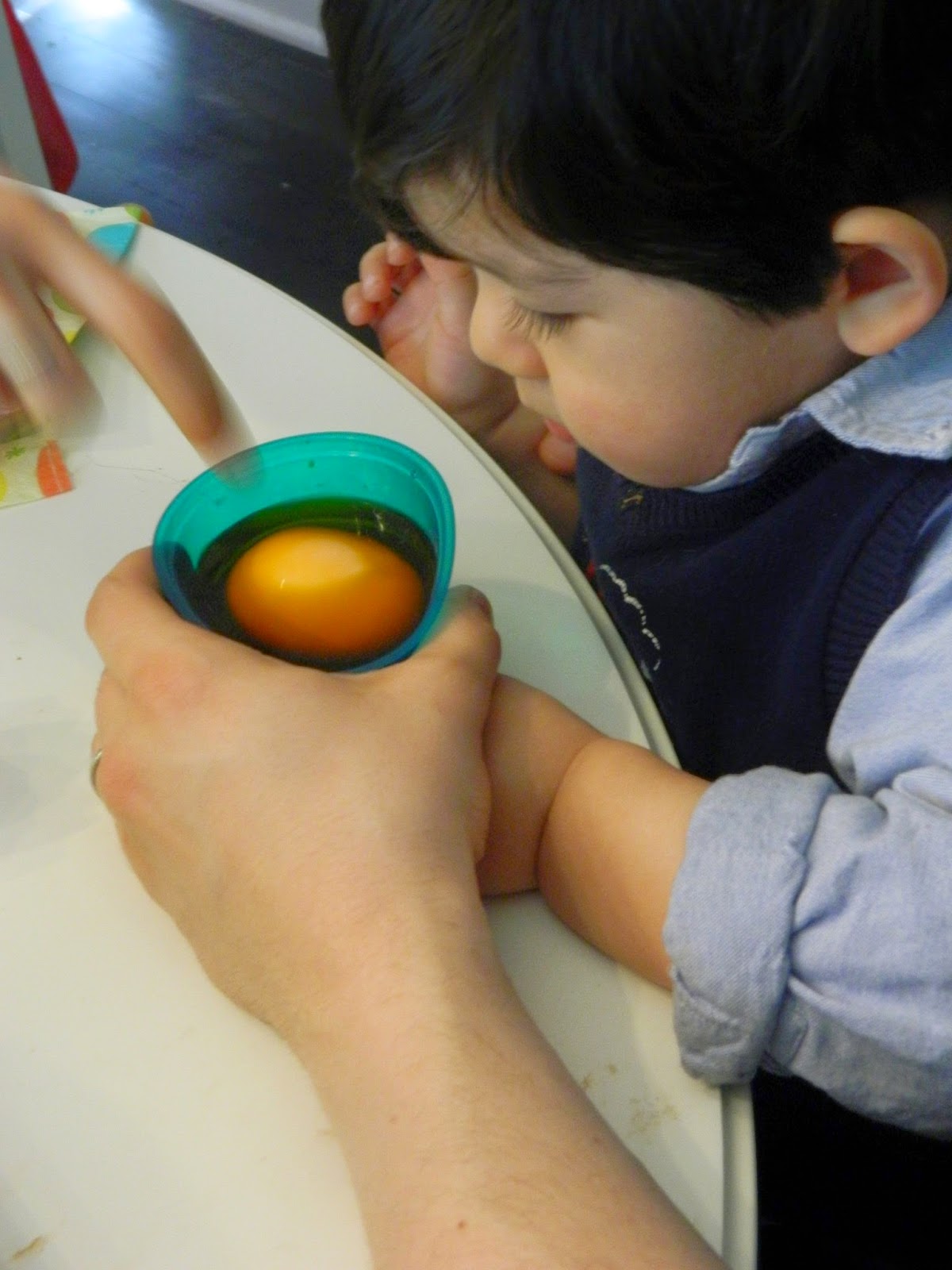 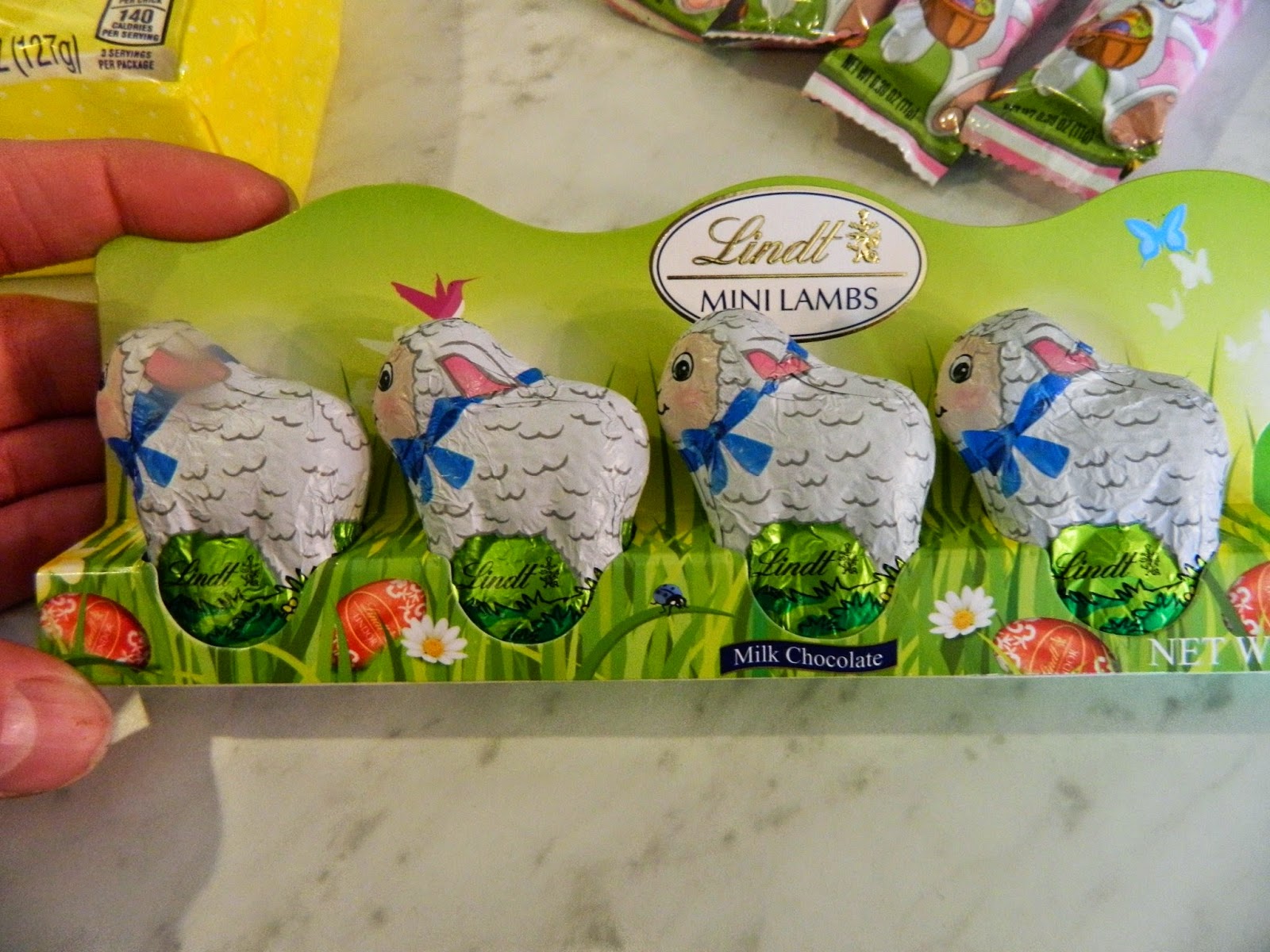 There was candy galore. 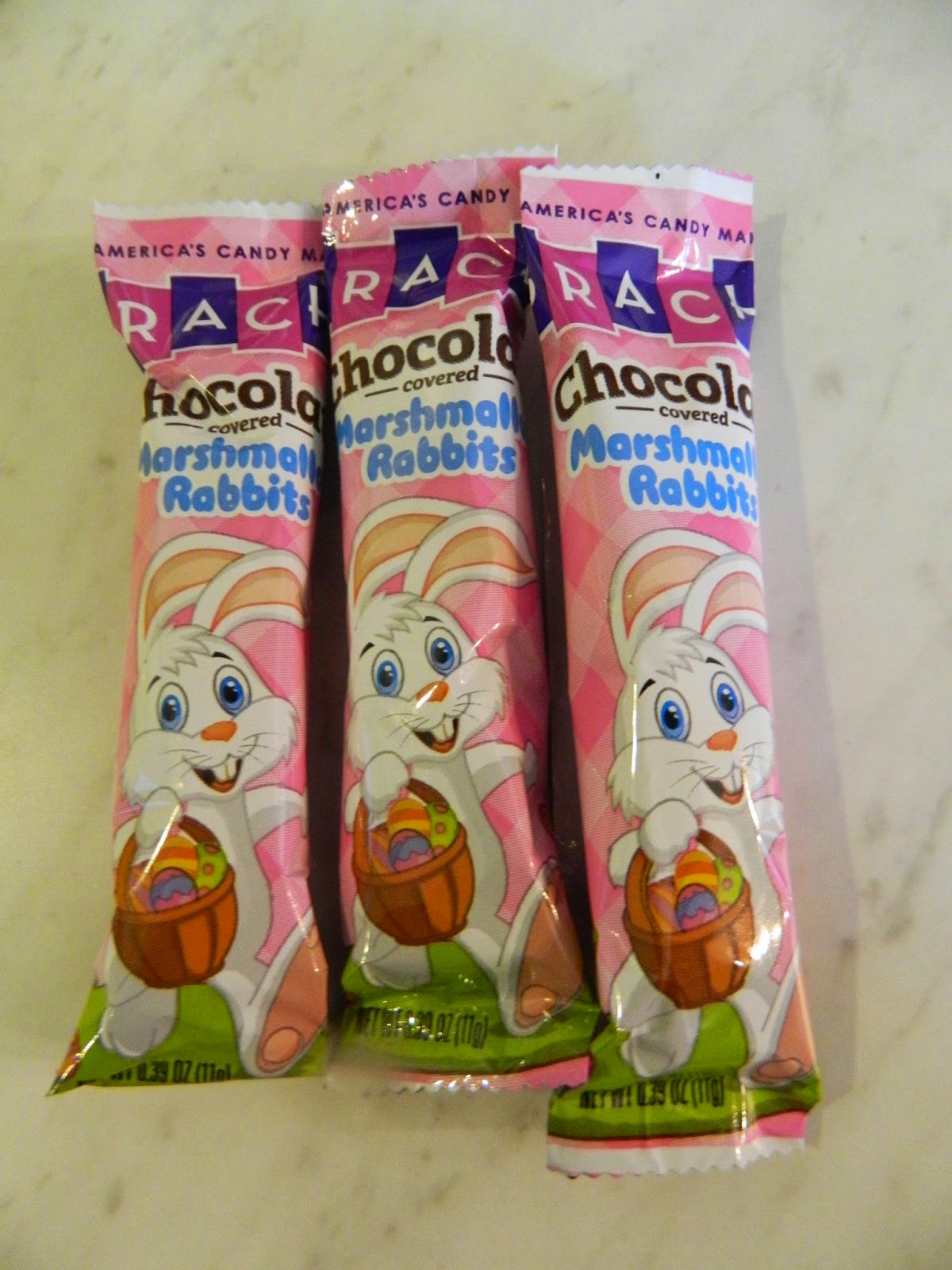 Daugher had even found the elusive marshmellow bunny. It was a wonderful day!
Posted by Araignee at 12:00 AM