A Daily Dose of FIber 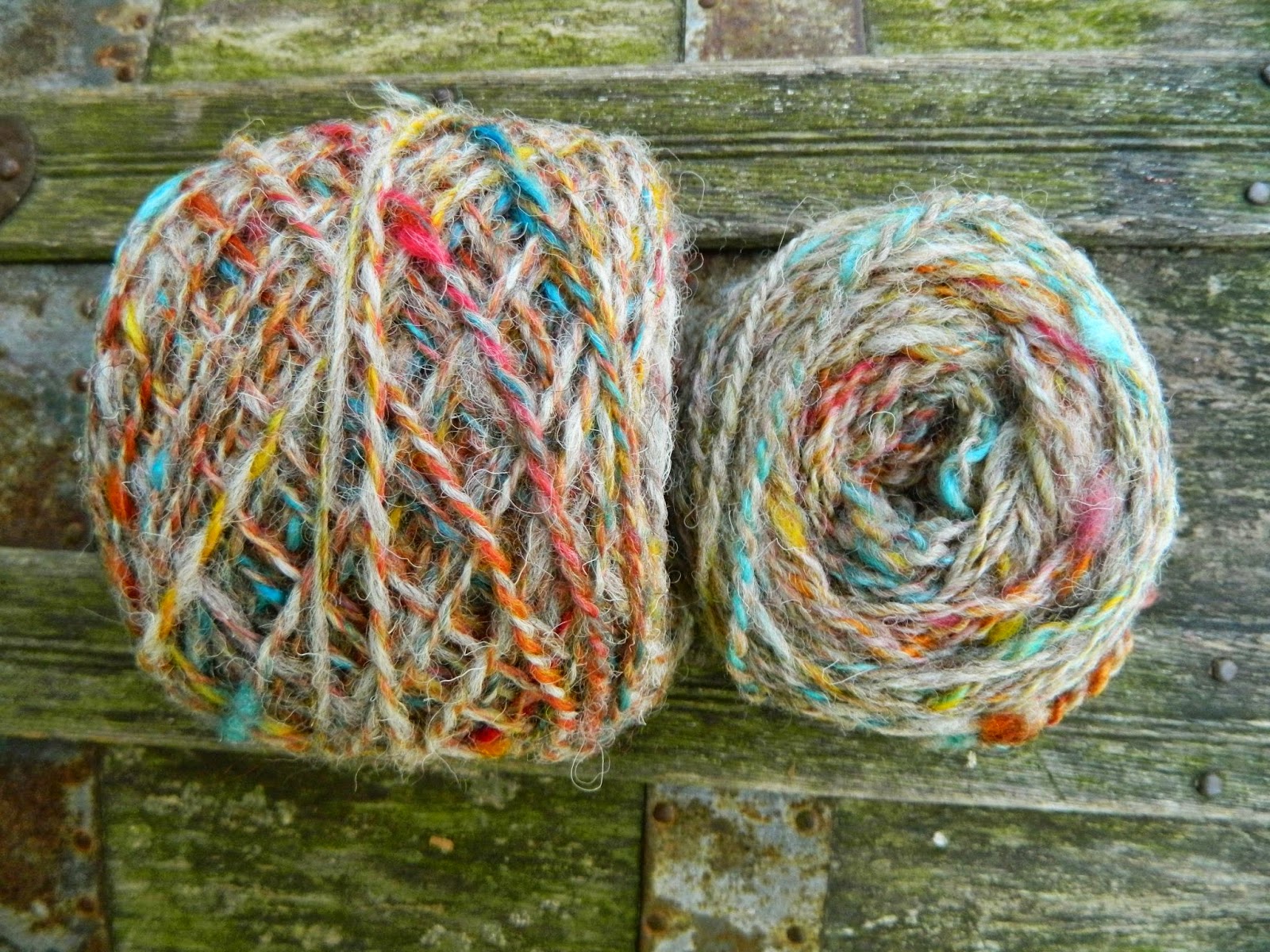 I found these orphan balls of Jacob in the handspun stash and decided they need to be a vest. 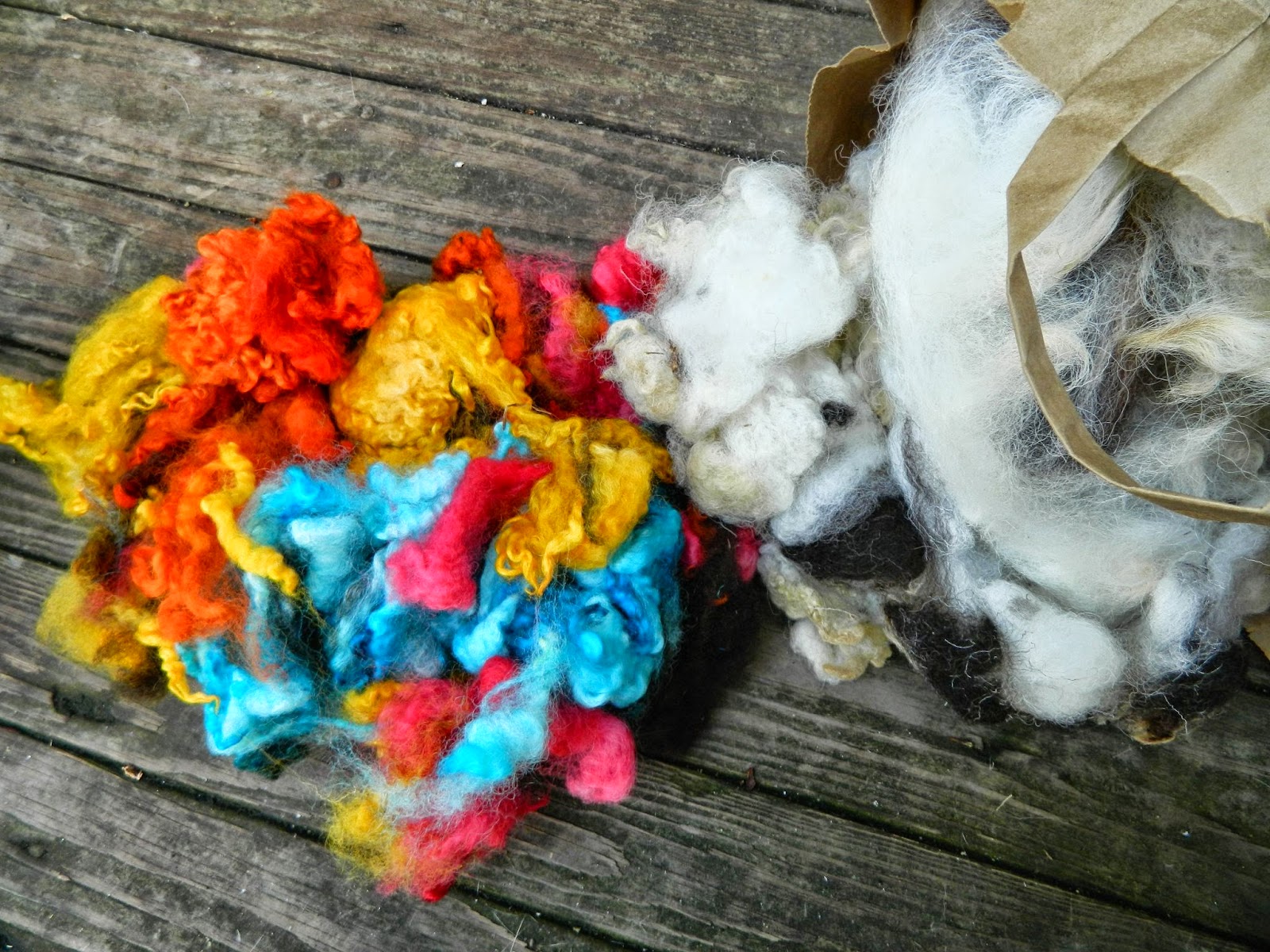 It's not nearly enough but I have more of where it came from. 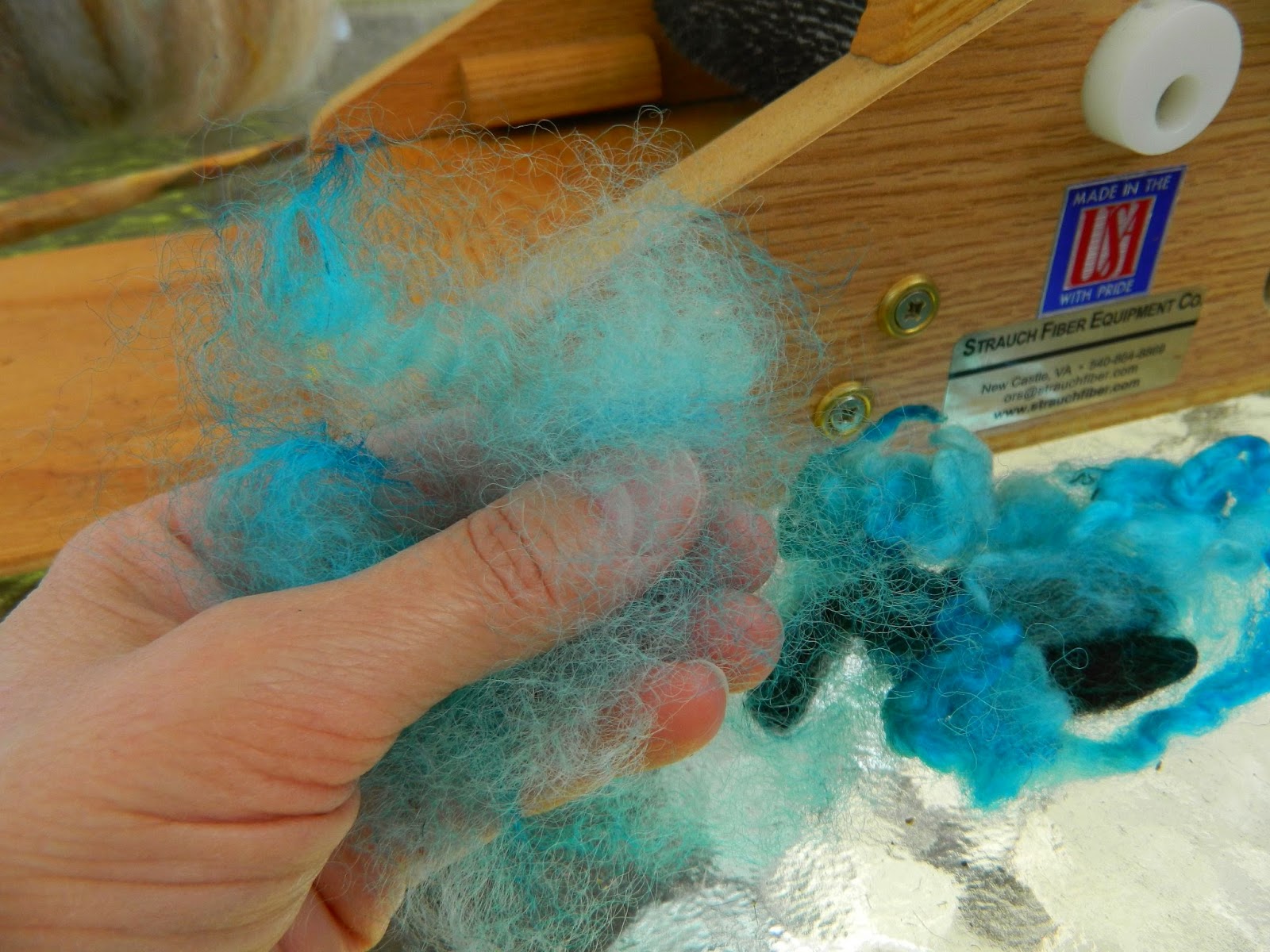 The weather's been nice enough to drag the carder on the deck. 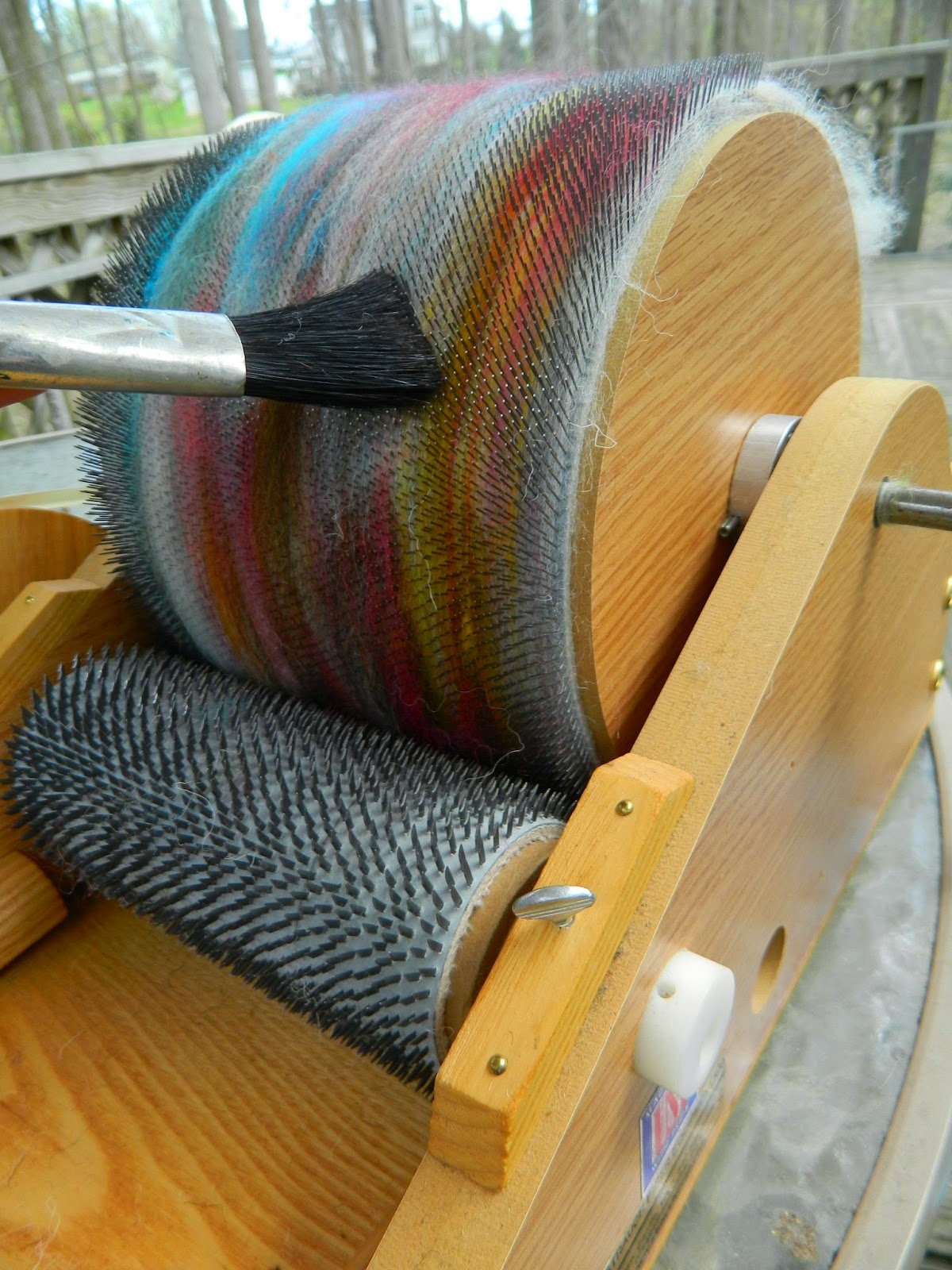 It's been a long time since I made a batt. 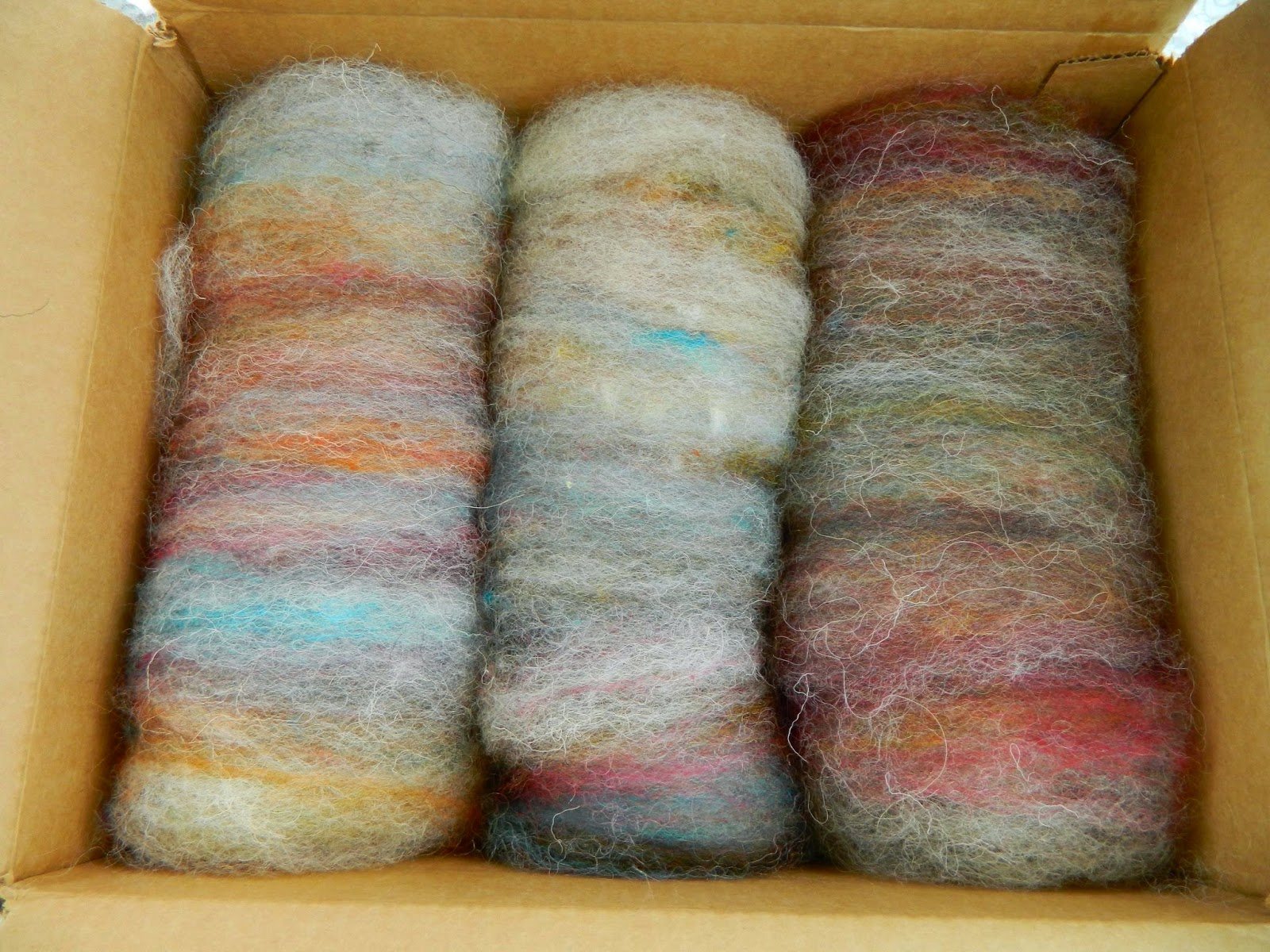 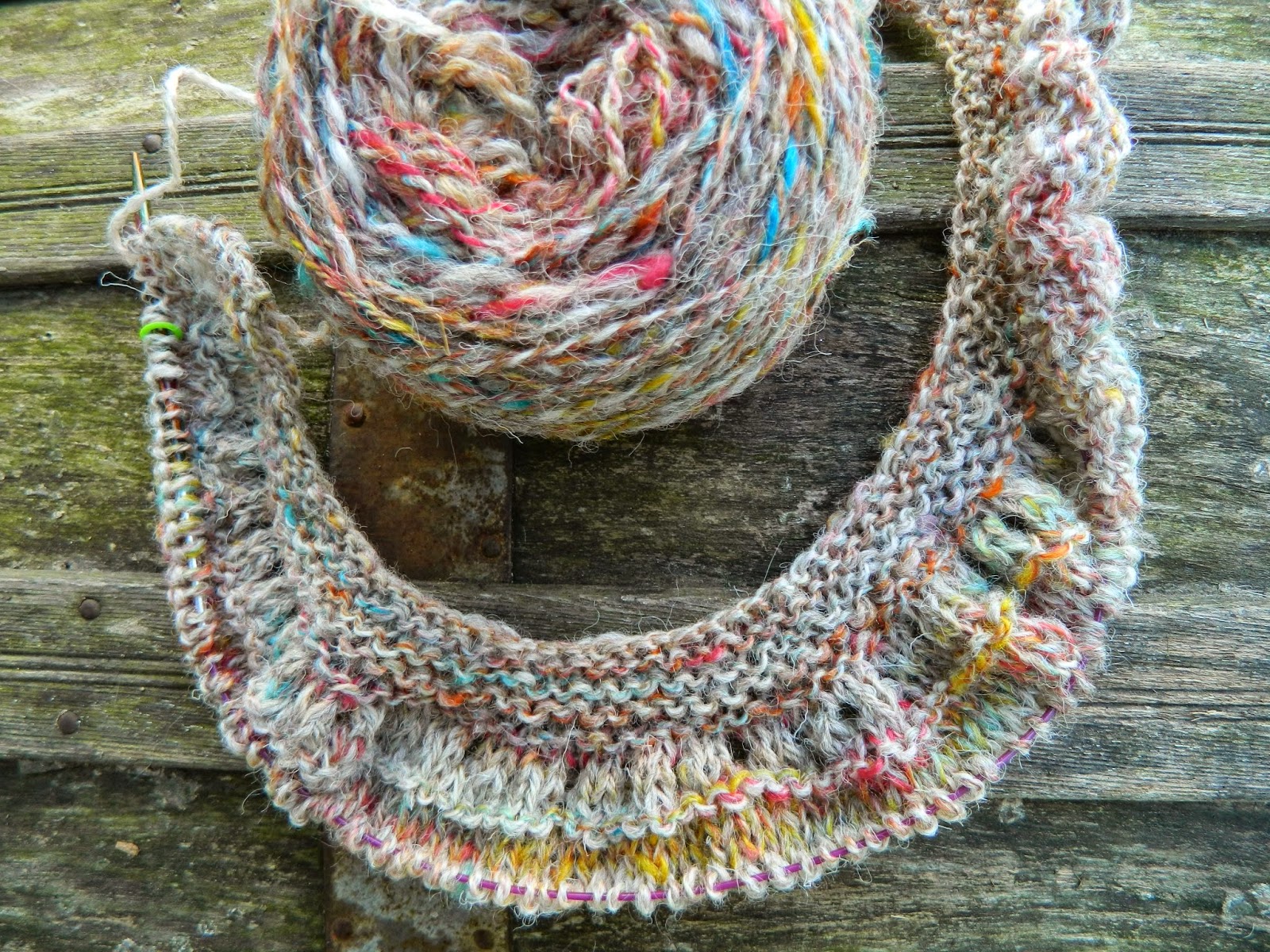 Then I cast on another Crepidula. It's a simple top down, one piece construction with lots of yarnovers for fun that looks great in wonky handspun. 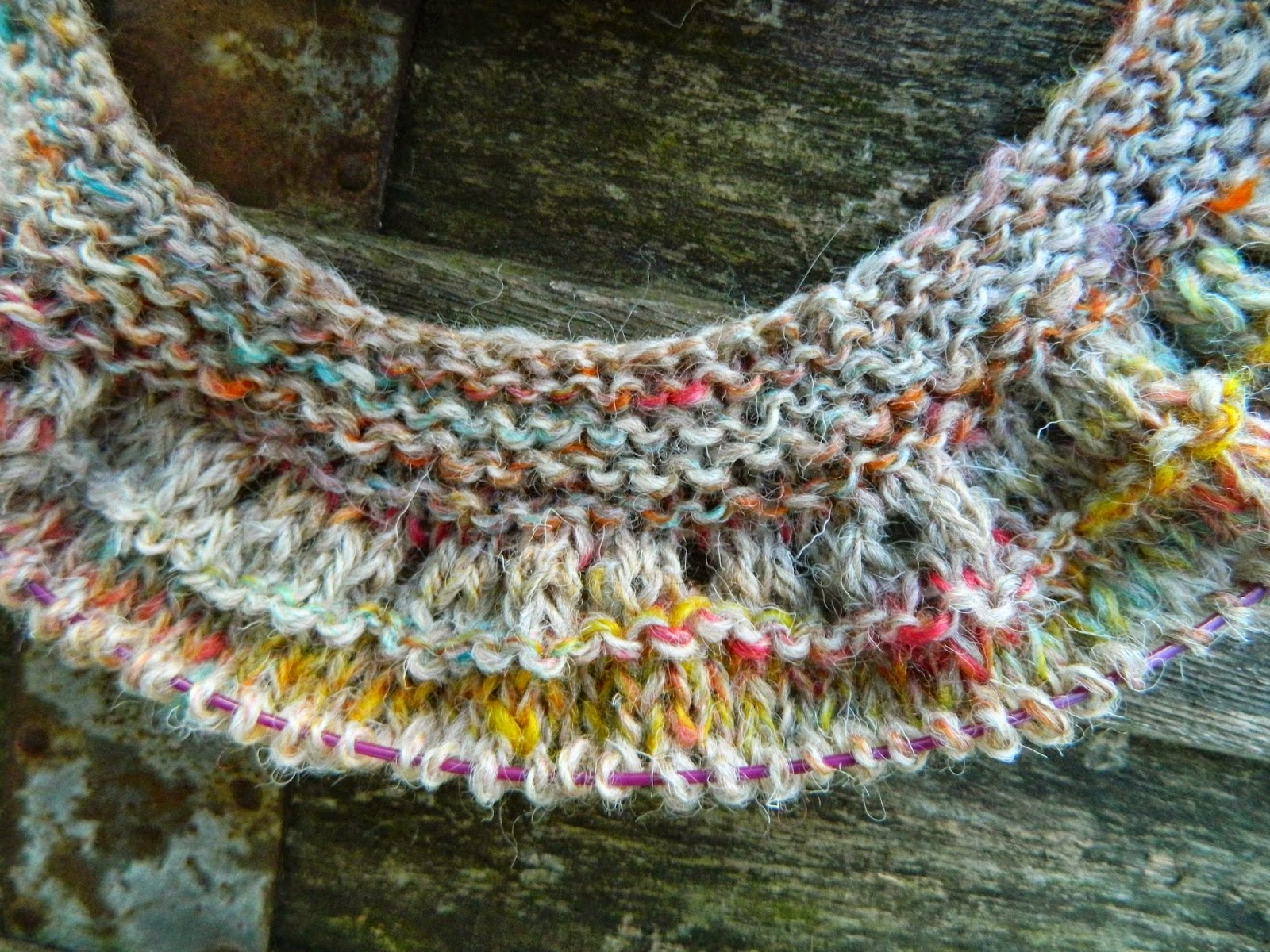 This one is going to be a heavier weight than the one I have lived in for the past two ridiculously cold winters. I hope that's not a bad omen for winters to come. 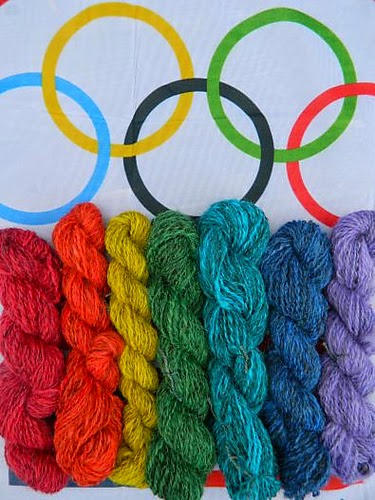 I used the same fleece to dye these mini skeins during the London Olympics so I decided to add some simple colorwork to the yoke area. It felt good to get this old stuff out of the stash and put it to some use. 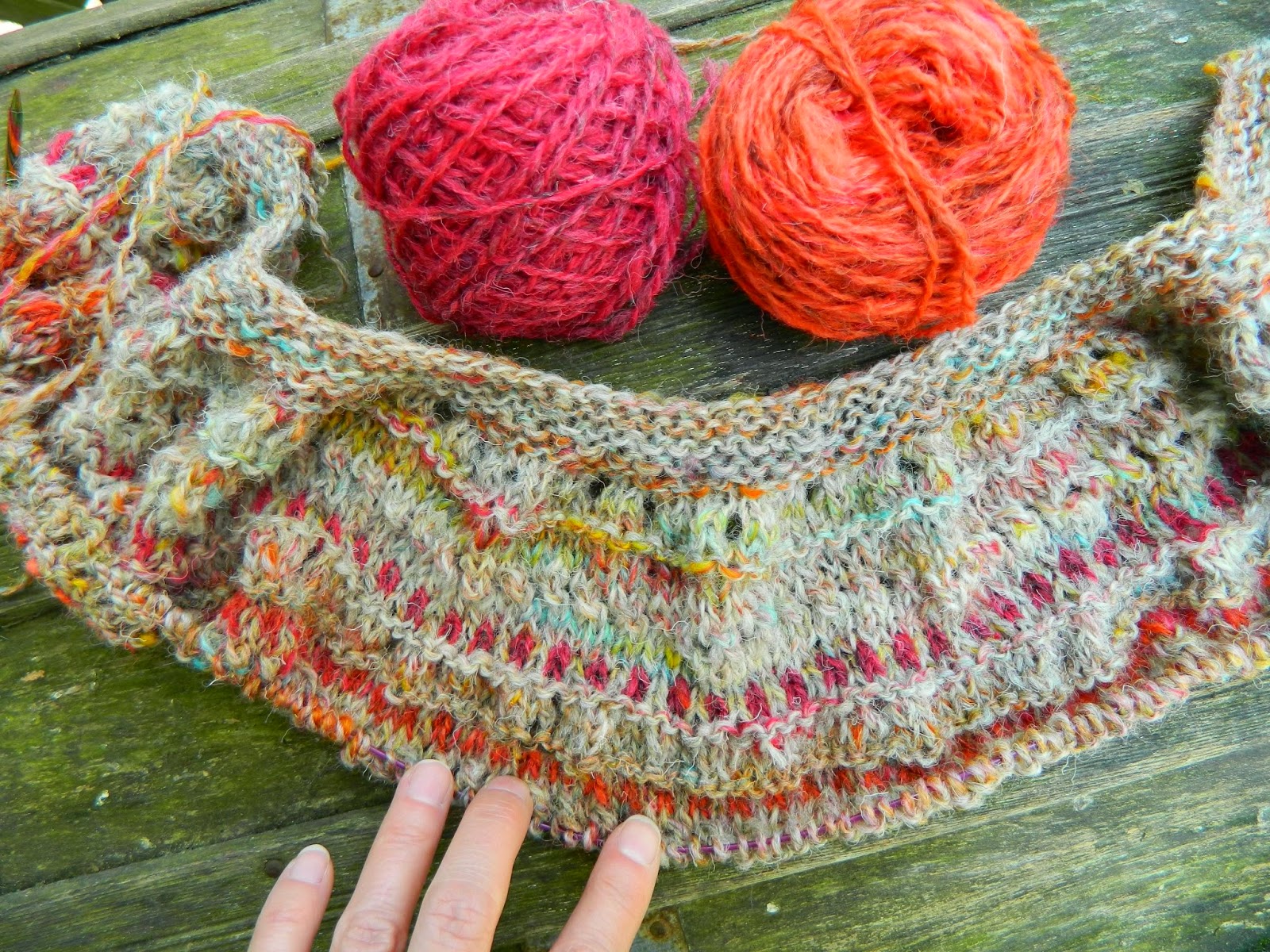 I am really loving how this is working out.
Posted by Araignee at 12:00 AM