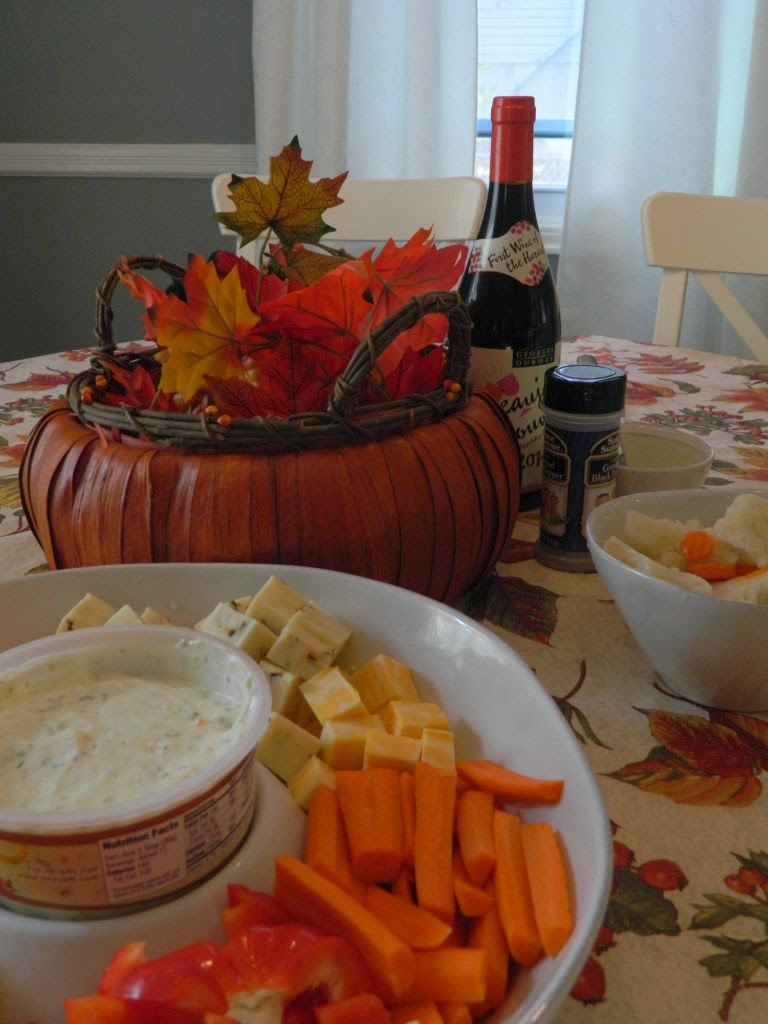 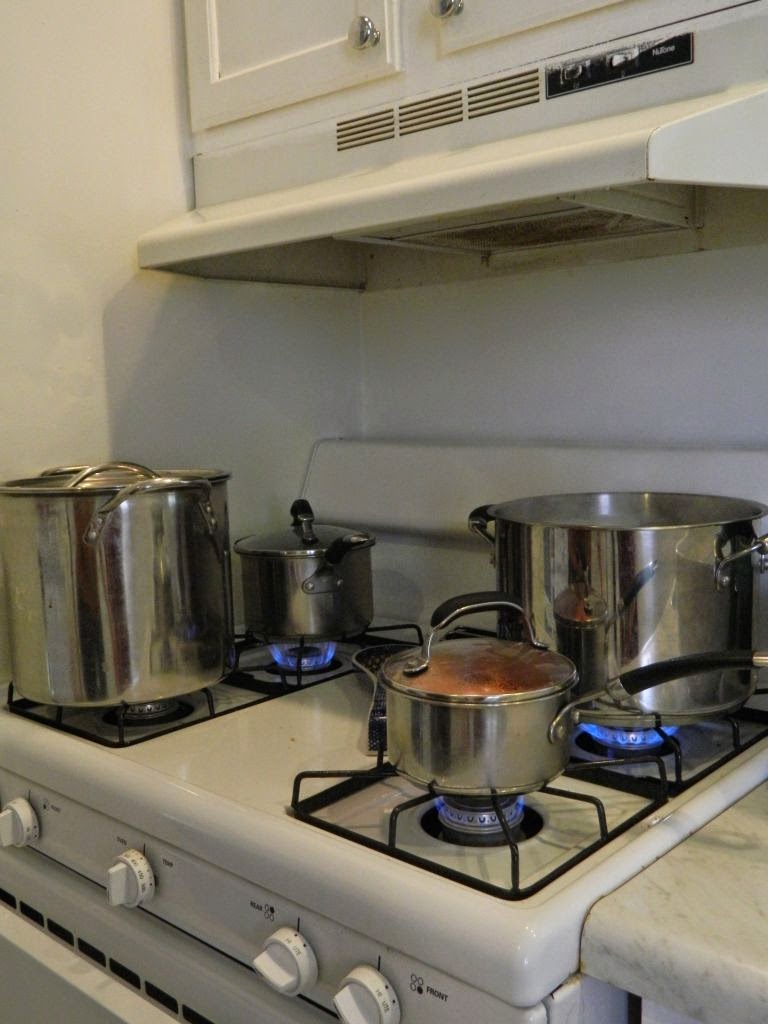 She has an itty bitty kitchen but it's so nicely outfitted that it is easier to cook in than my big cluttered one. 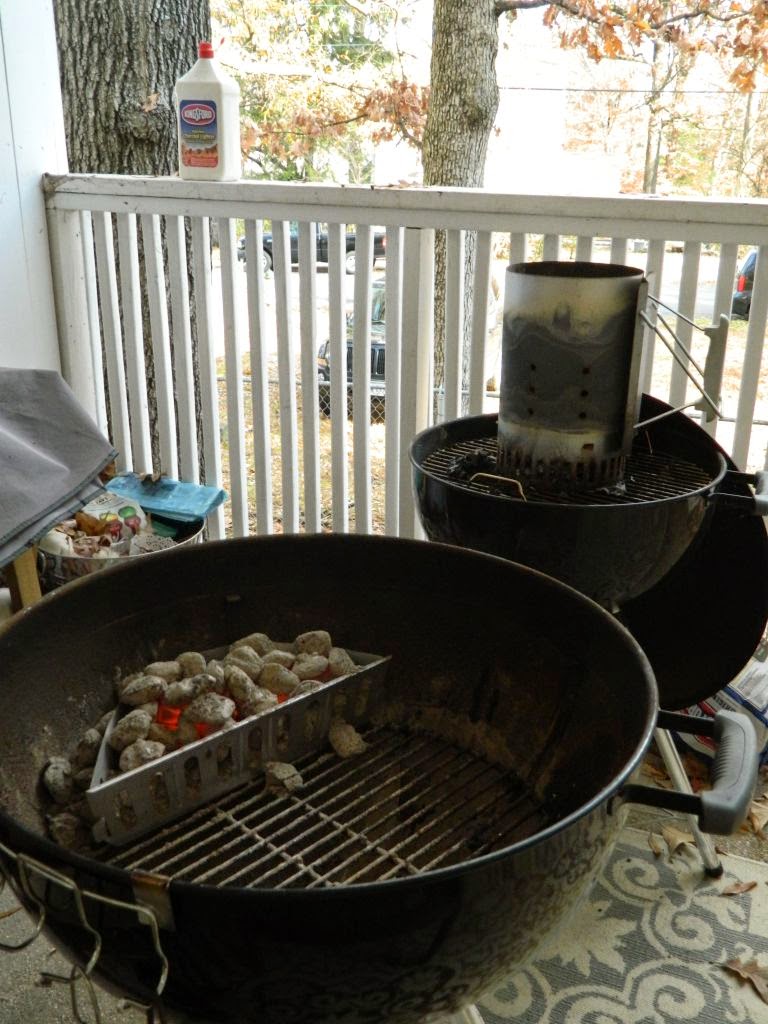 Her hubby cooked the turkey on the grill. It smelled so good that for the first time in forever I was sorry to be an herbivore. 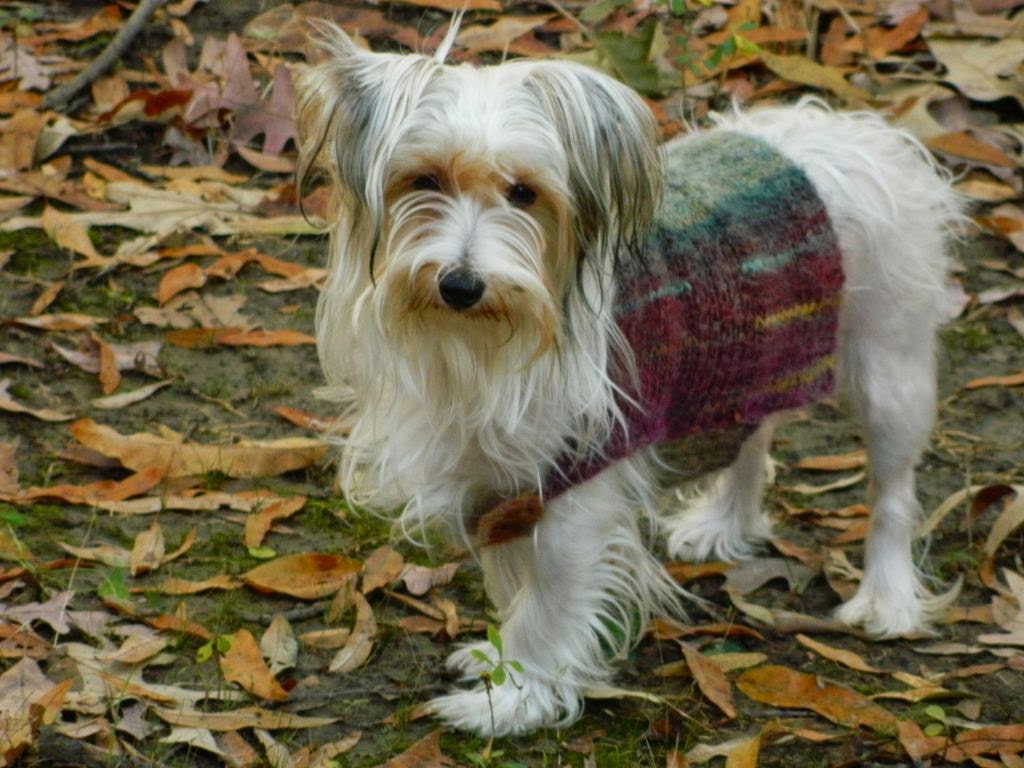 Pup had a great time romping in the fenced yard. She never sees traffic and was fascinated by the cars driving by. 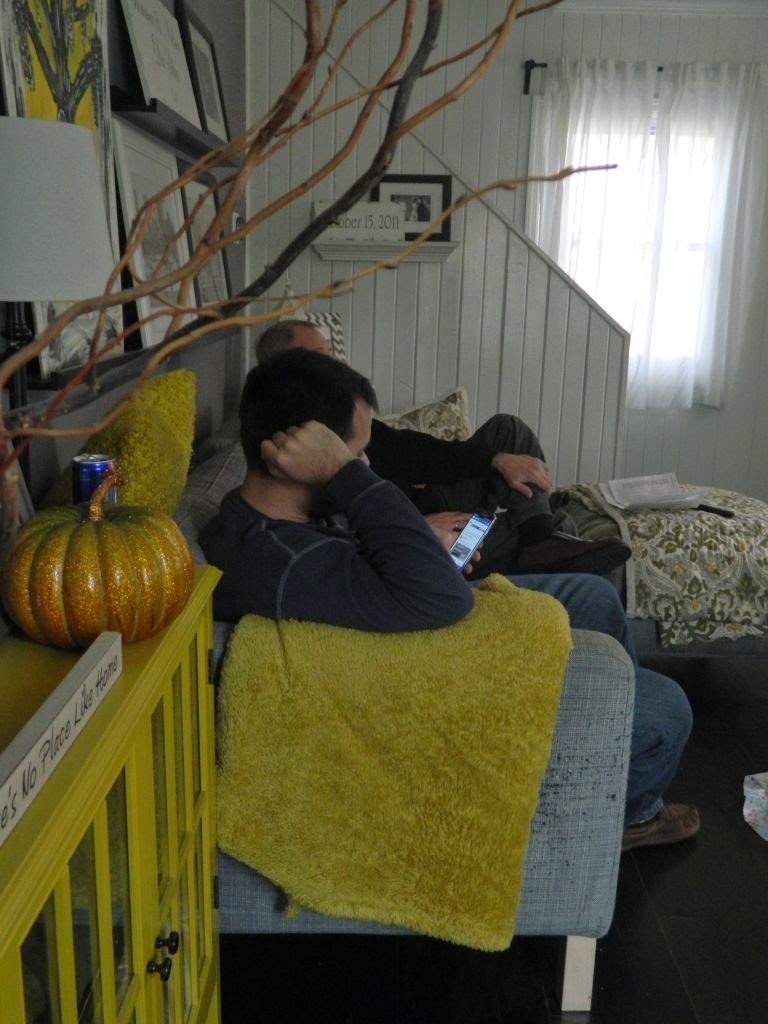 The Mister and Son in Law did what most men do on Thanksgiving-complain about football. We missed Middle Son who opted to stay in Michigan. He was actually at the Detroit game. I think they won. 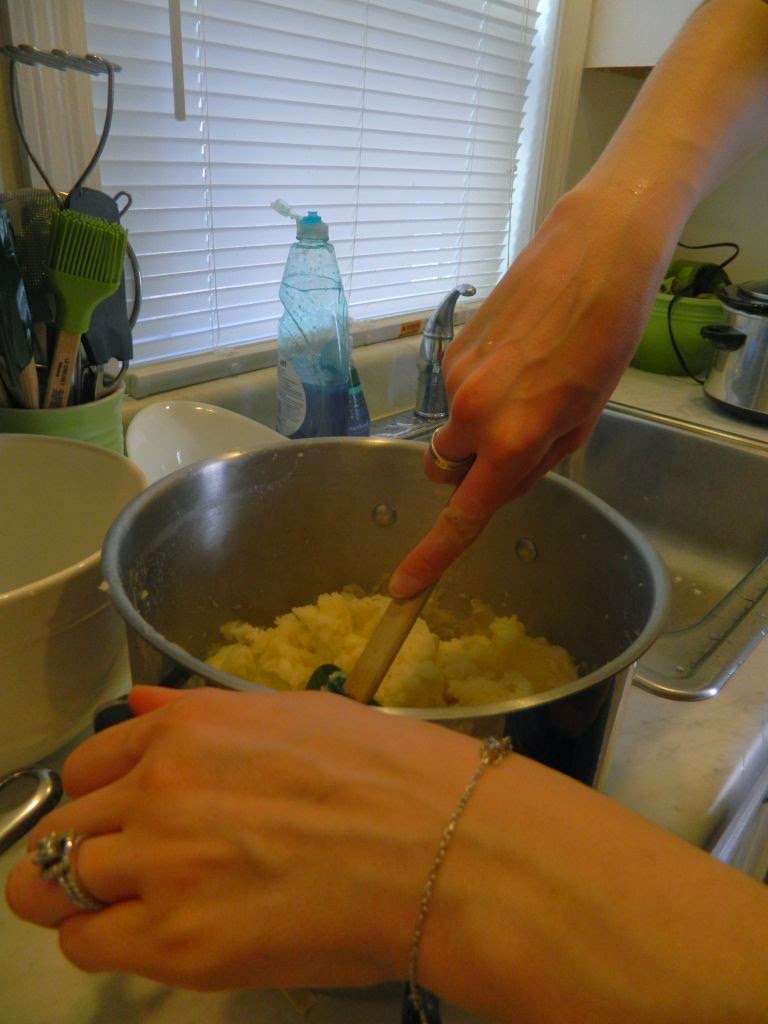 Without Middle Son, Daughter and I had to do the cooking for a change. 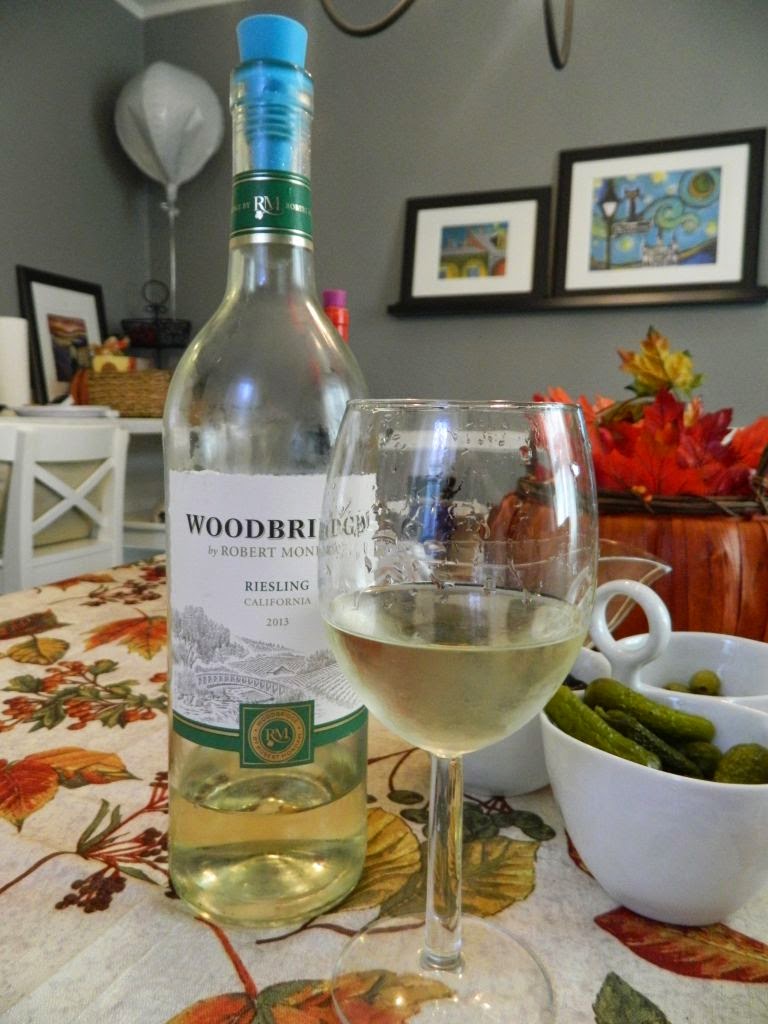 I am going to admit that I had a bit too much wine during the cooking process. I really enjoyed myself but I've been told I was a little too giggly. Ahem. 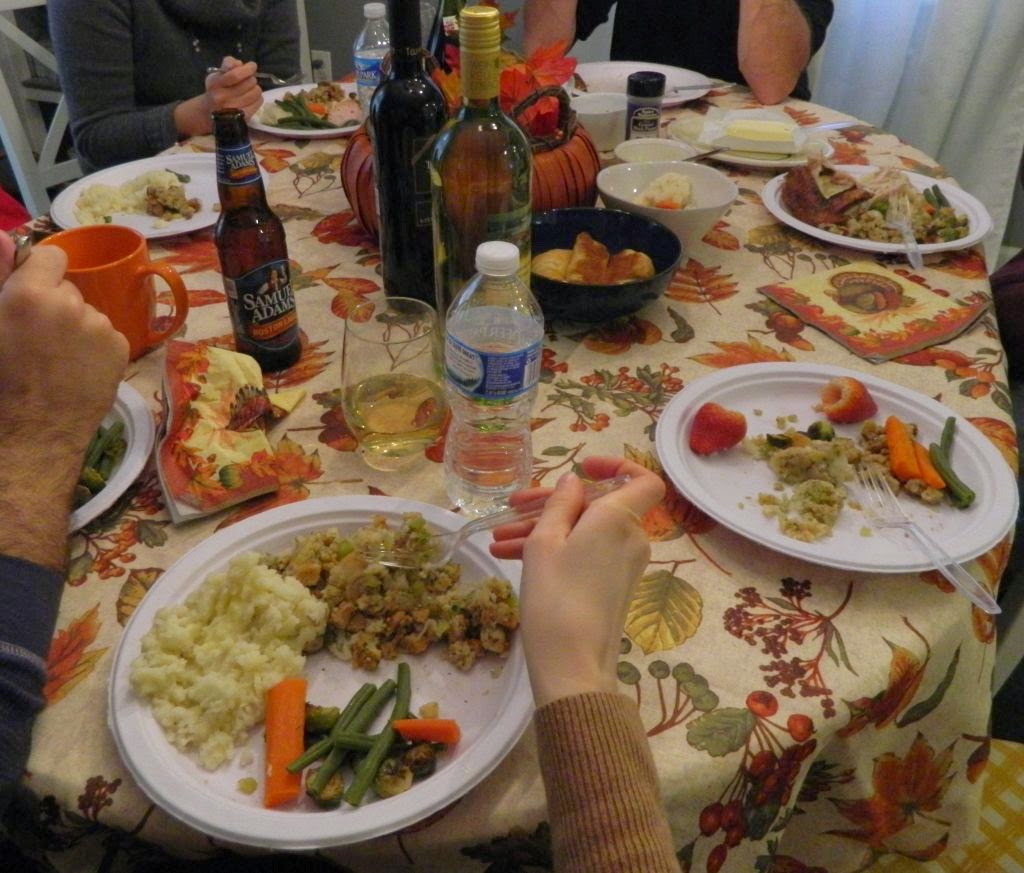 Dinner was delicious. Her stuffing turned out better than mine. I'm using her recipe next year. 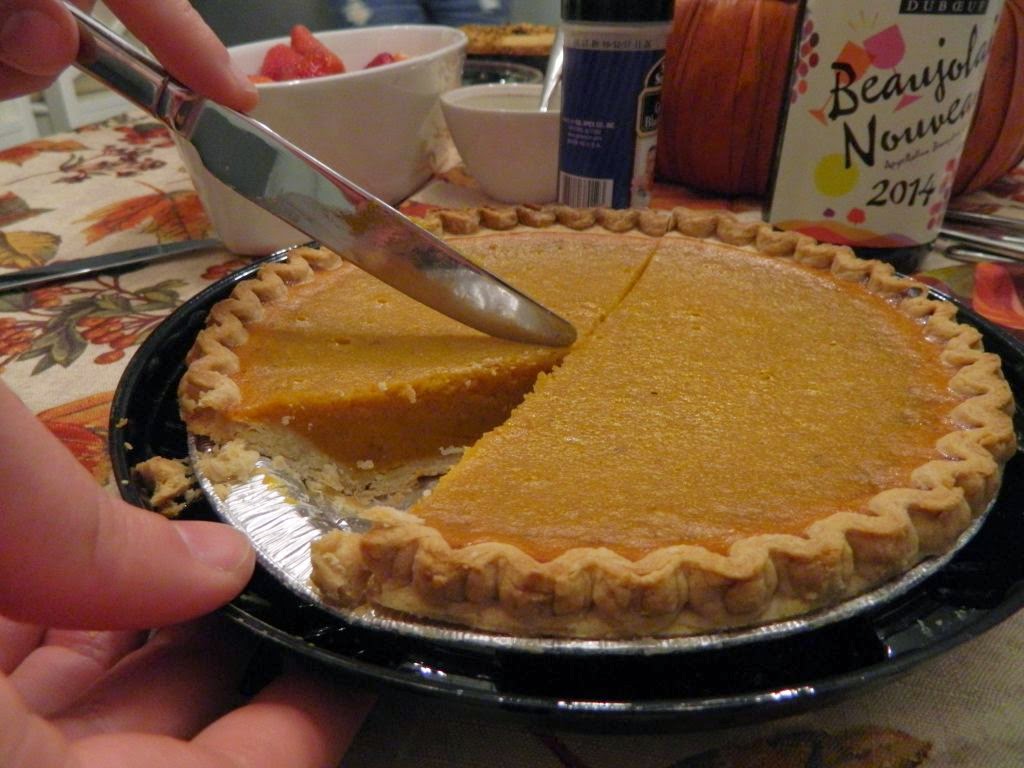 Of course there was pie. 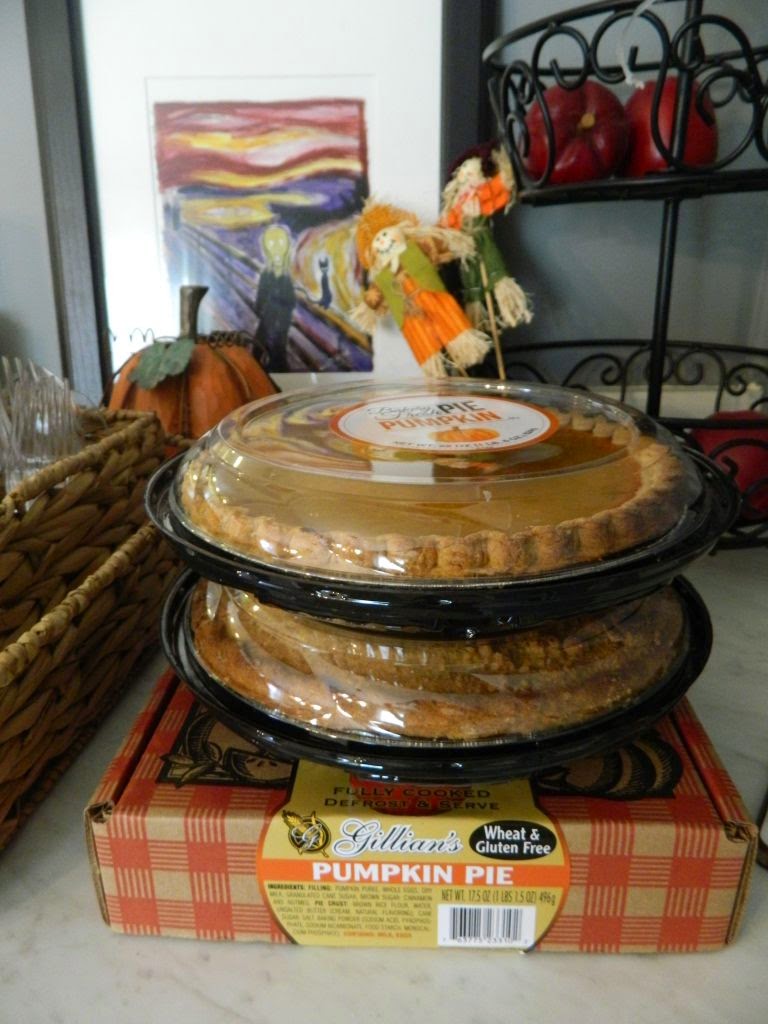 We had lots of pie. 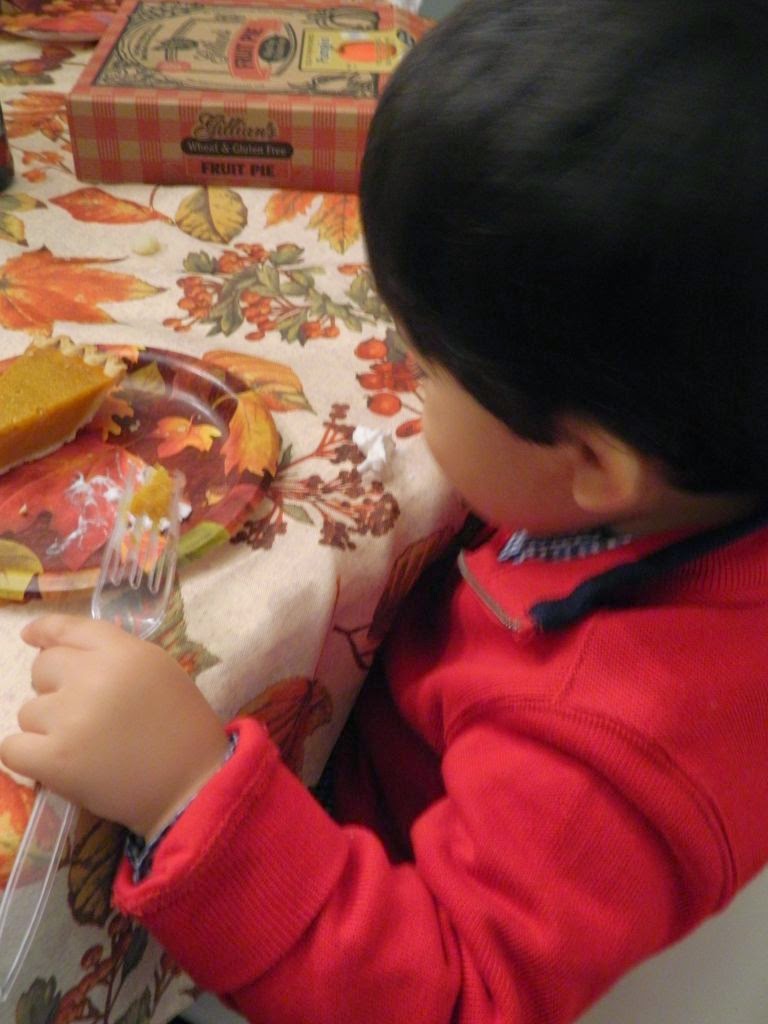 Grandson ate pie and olives. He knows what he likes. 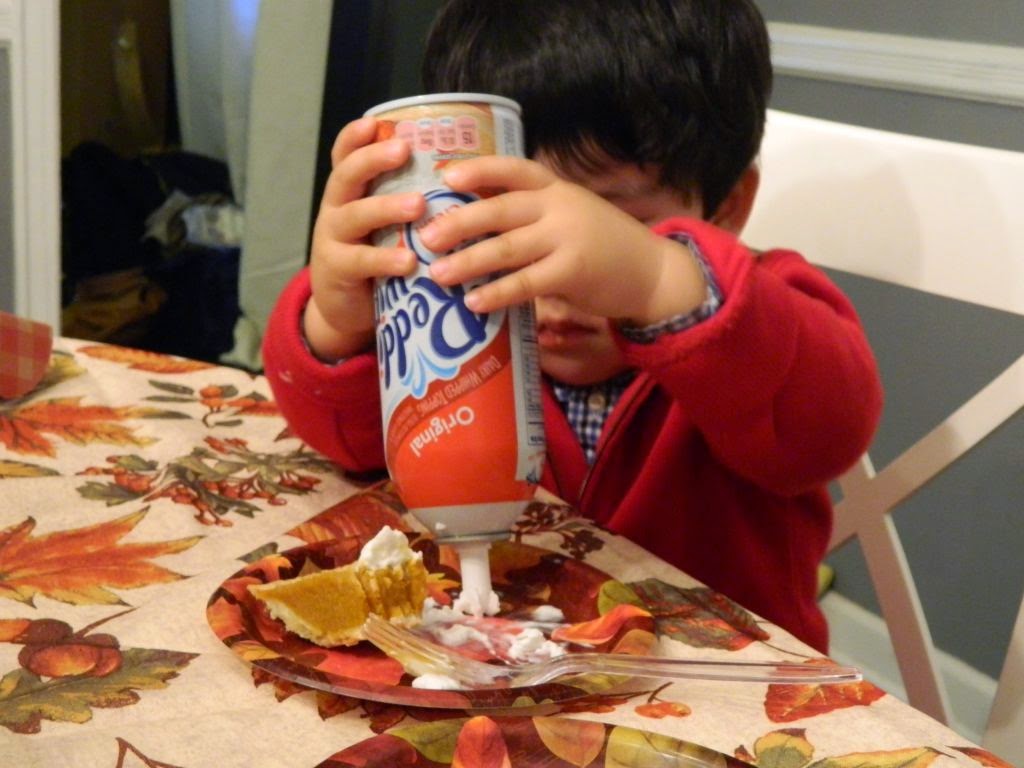 Then he kept us all thoroughly entertained by trying to figure out how to work the whipped cream can. He's at a wonderful age where every ordinary thing is an adventure. It's hard to believe he will only be two in a few weeks. I can't remember what holidays were like without him.
Posted by Araignee at 12:00 AM