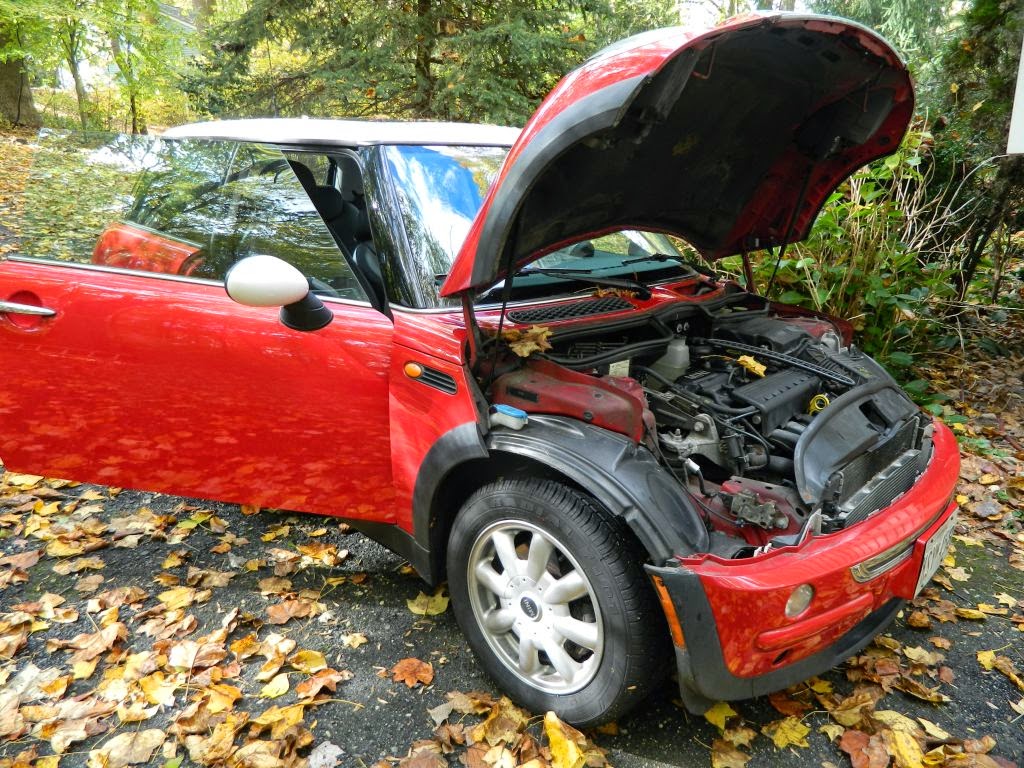 This is not what I expected to see in the driveway less than a week after I spent close to $3000 in car repair bills over a two week period. 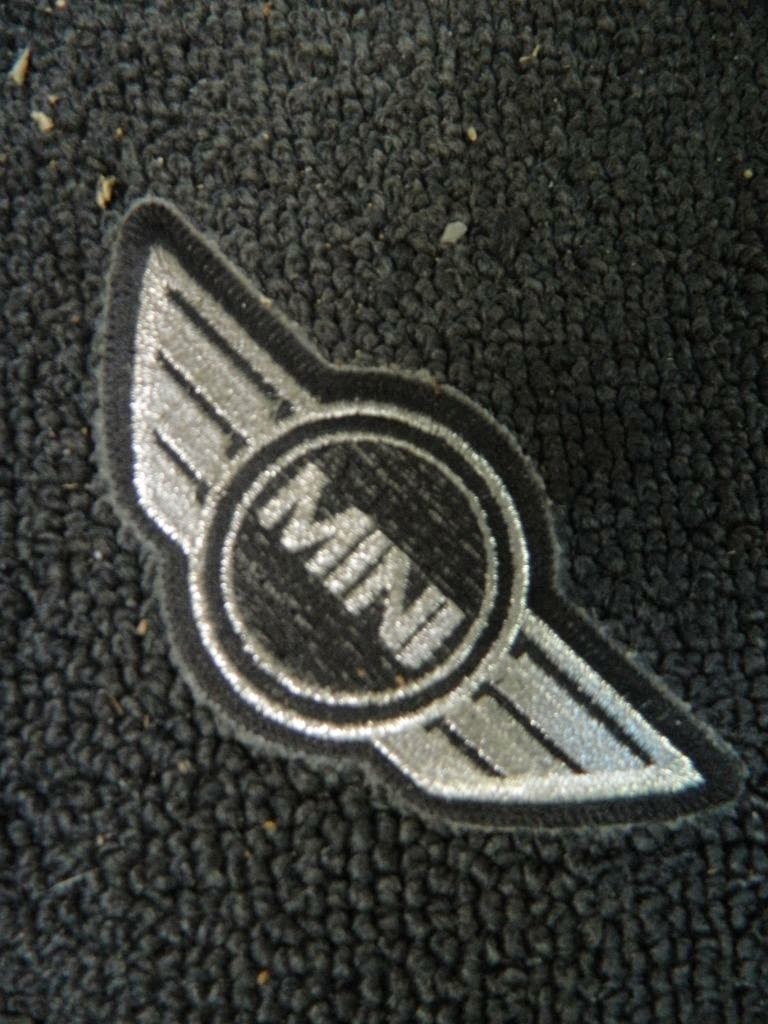 It all started with a leaky radiator cap and quickly escalated into replacing nearly every moving part she has. After boo hooing over the latest assault on my wallet... which involved a botched oil change, I resolved to get on with it. 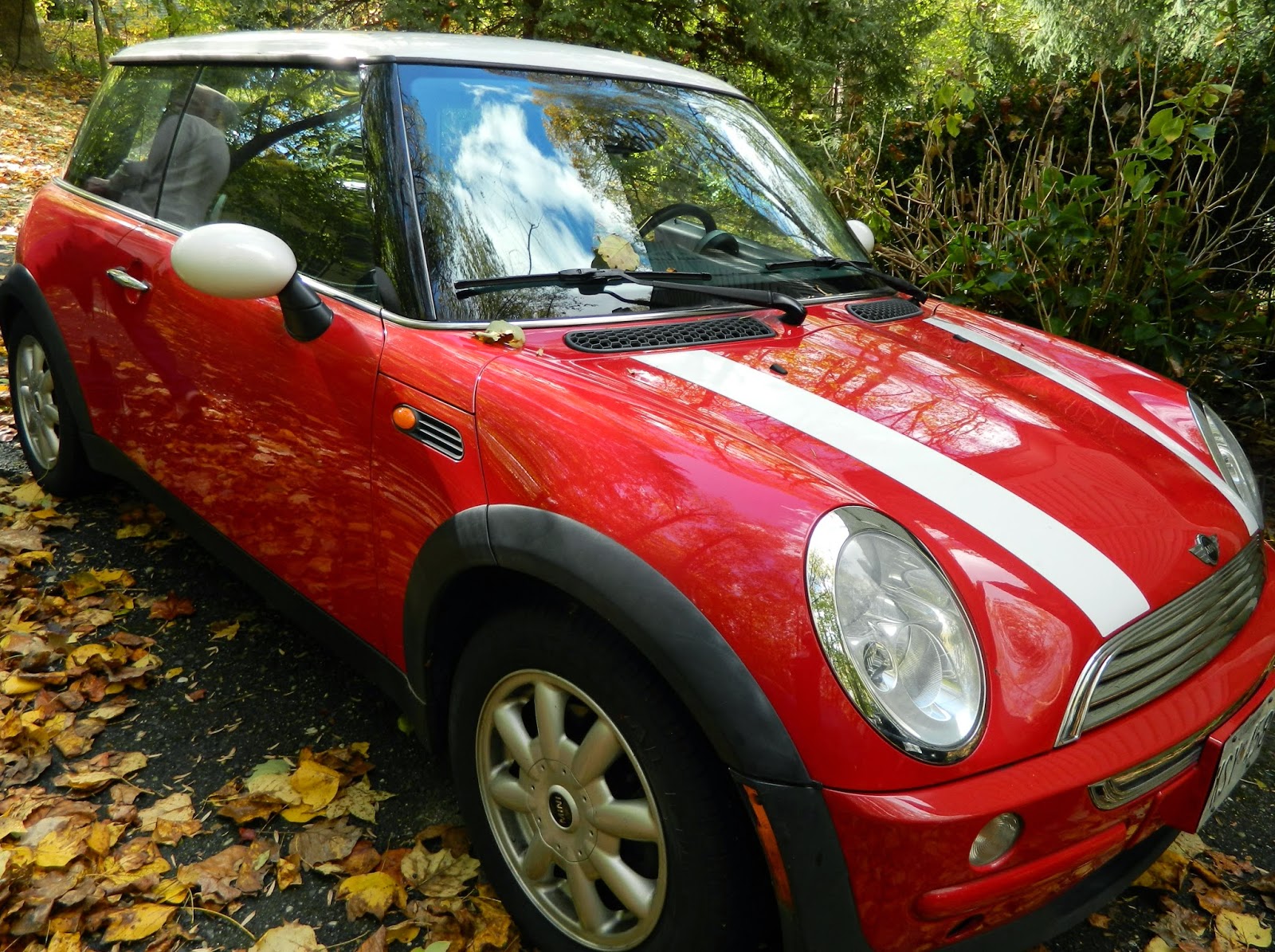 After all, I couldn't buy a new Mini for $3000 and for what she had done to her, she should be as near new as they get. 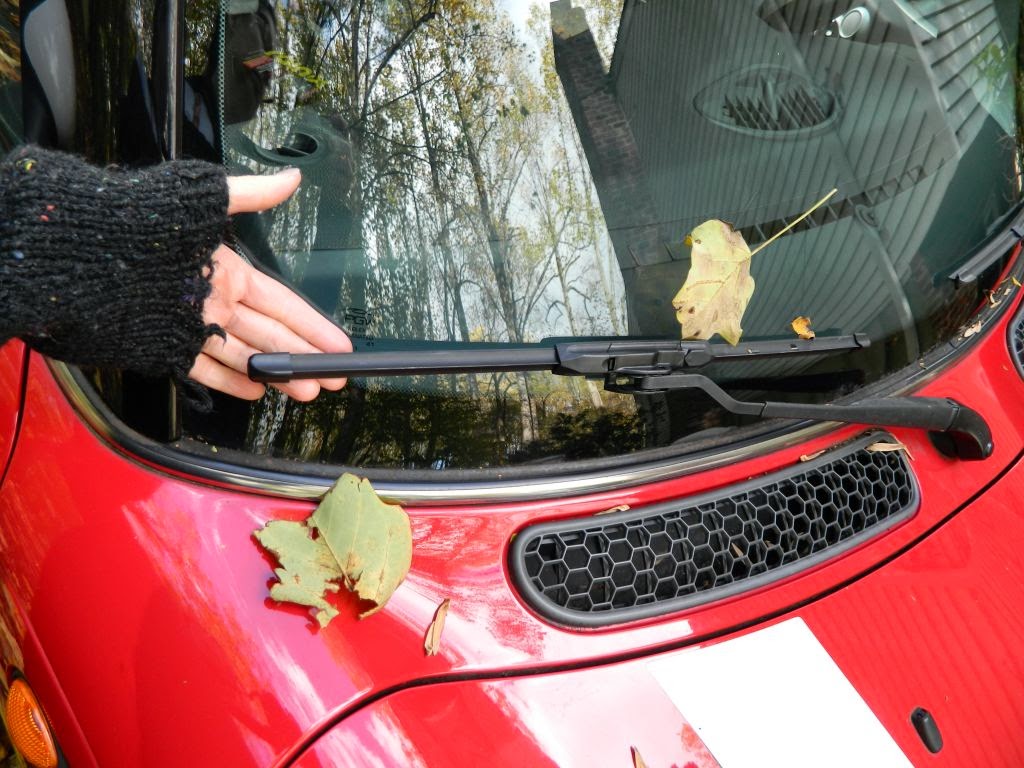 My magical thinking all dissolved into thin air Thursday when she almost killed me on the Washington DC Beltway in the afternoon rush hour. In the middle of a torrential downpour her windshield wipers froze in mid swipe leaving me blinded while cruising at about 60 miles per hour. My life flashed before my eyes. 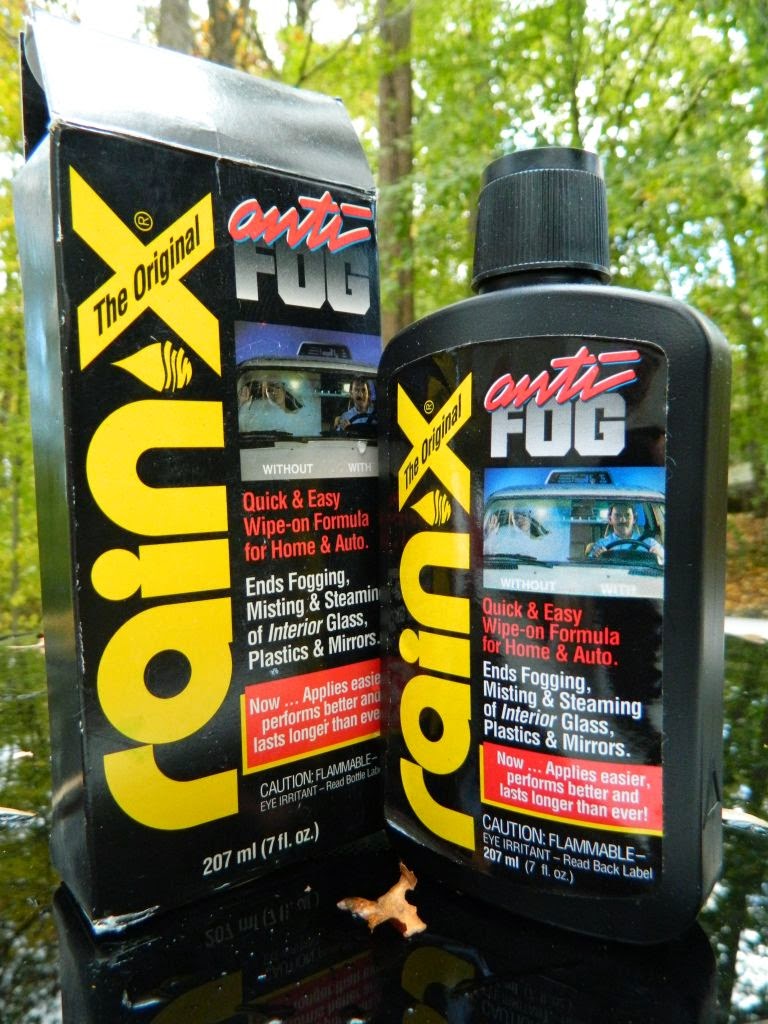 Somehow I managed to coast along in the slow lane with my flashers going and my head hanging out the window until I saw a way to pull over and get off the highway. I was stuck in an unfamiliar ( and rather sketchy) area wishing I had a bottle of this stuff handy. I had to sit and wait until the rain cleared enough for me to see again. I had to stay off main roads due to road spray so my very long trip home was a two hour nightmare. Every time it started to rain I had to pull over until it passed. 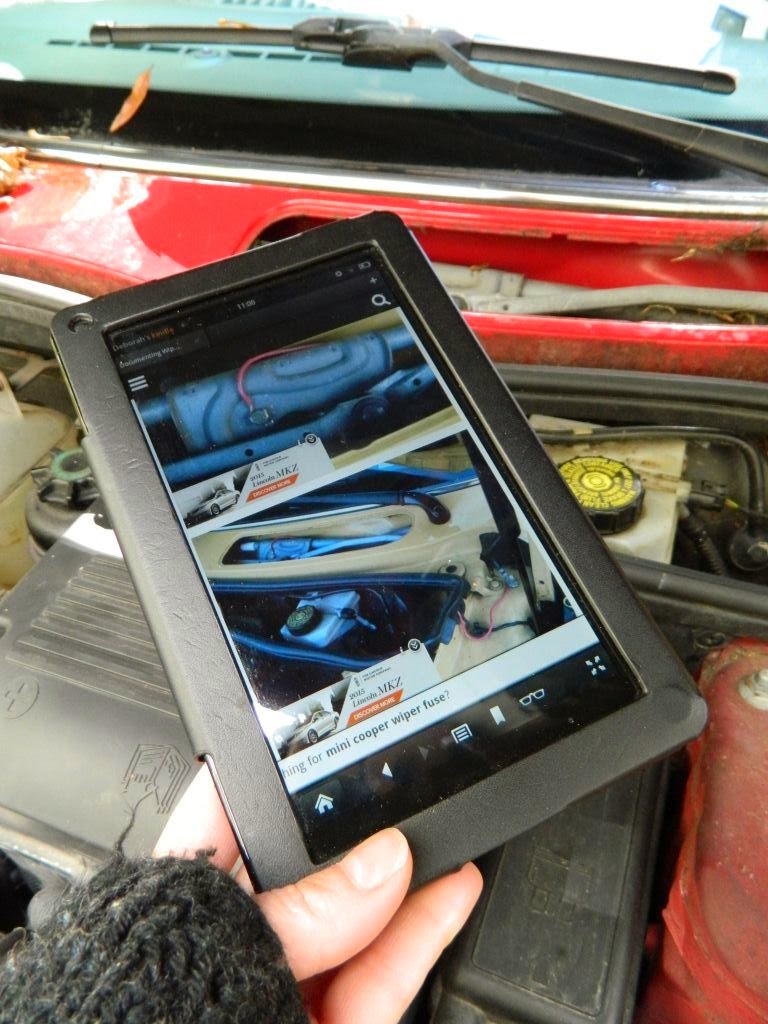 The job to fix the wipers would have set me back at least another $800 according to the dealer so I searched around the internet until I found someone who had a better solution. 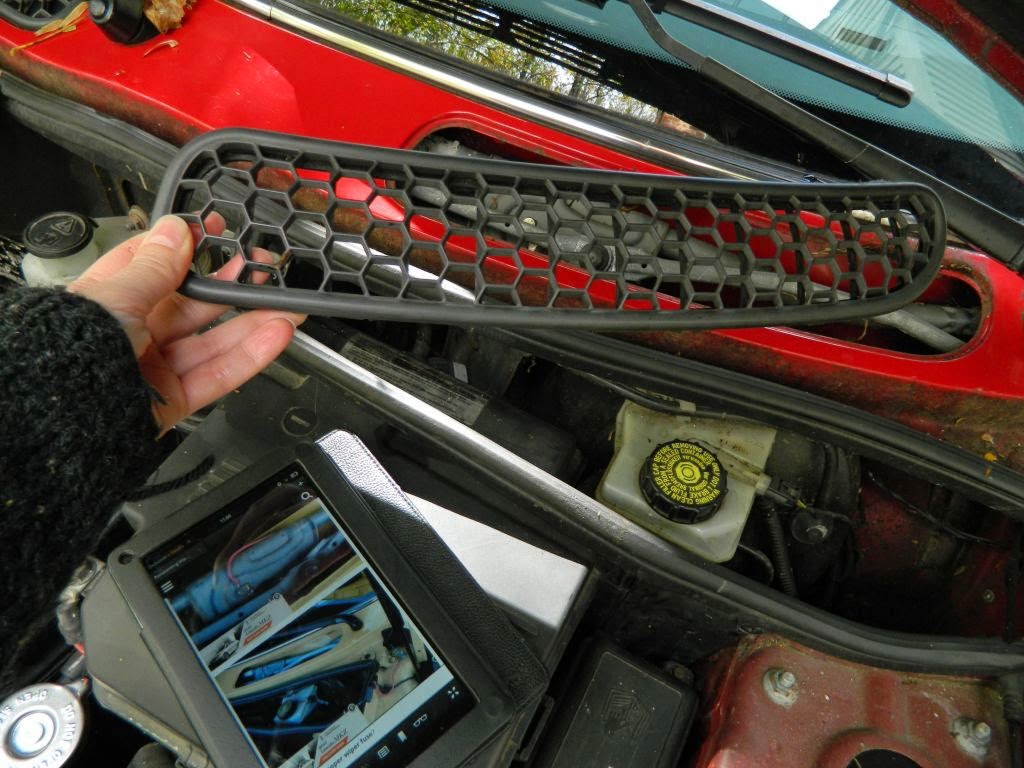 After pulling off the screen it seems you can just add a grounding wire to solve that frozen motor issue which apparently plagues lots of Minis, young and old. 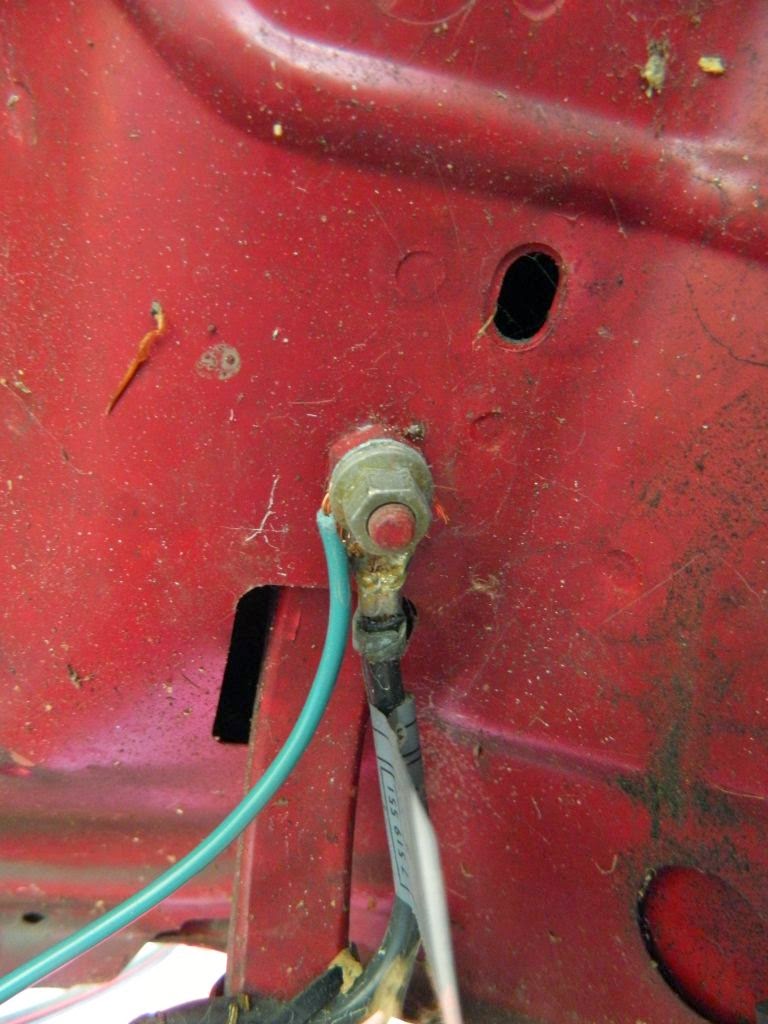 Of course I put the very skeptical Mister on the job and he did what I told him to do and by golly....it worked. Thank you Internet.
All the same, I'm keeping the Rain X in the car from now on-just in case.