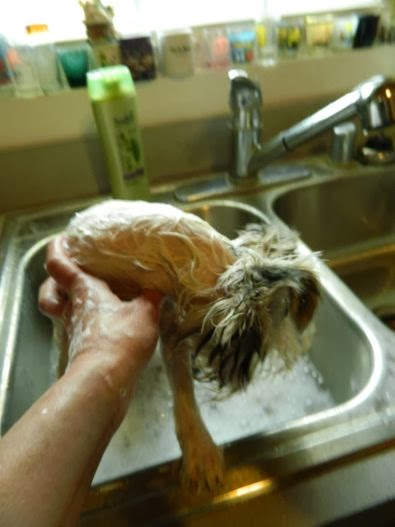 Someone got their first real bath this week. I took advantage of our 70 degree day to plunk Pup's butt in the sink. Yes, that's the kitchen sink. I process dirty fleece in it so a little dog doesn't faze me in the least. It gets an atomic bomb of a cleaning when I'm done. 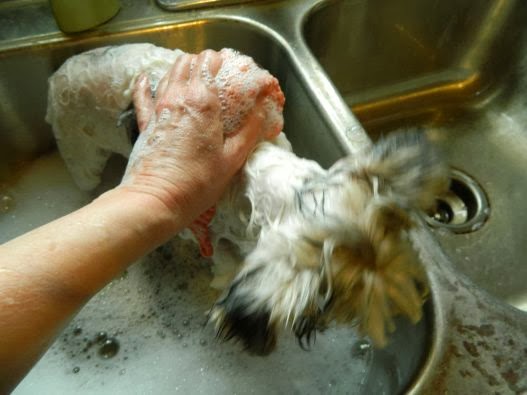 She handled it better than I expected. 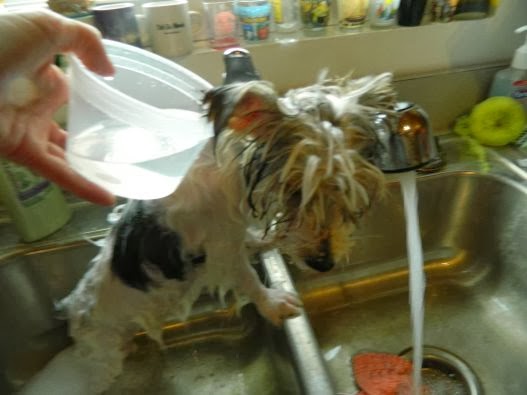 She liked the soapy water. She kept trying to drink it. 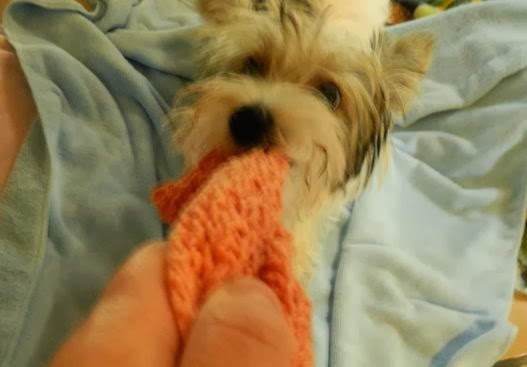 What she didn't like was the towel. She hated being dried off. 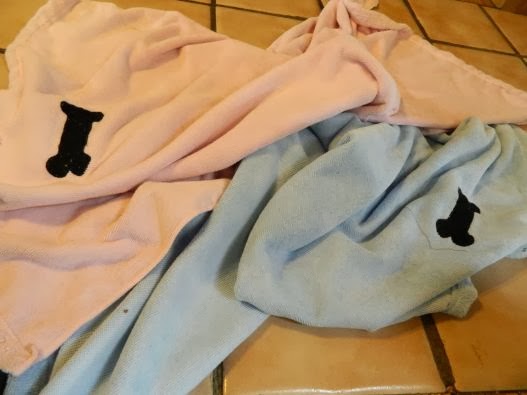 It's a good thing I bought these super fast doggie drying towels because she only gave me a second for a rub down. 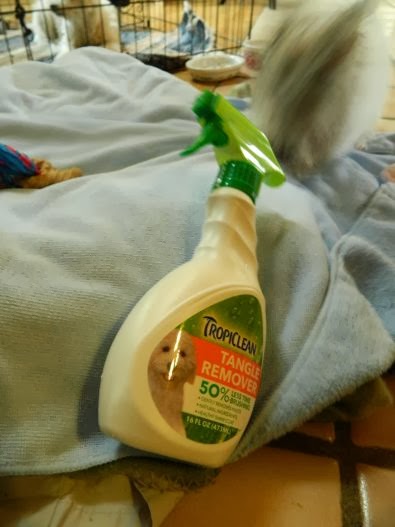 Her coat was a matted mess so I bought this tangle remover from Amazon. It worked extremely well. Now she is soft and silky and smells like something you would stick a little umbrella in. 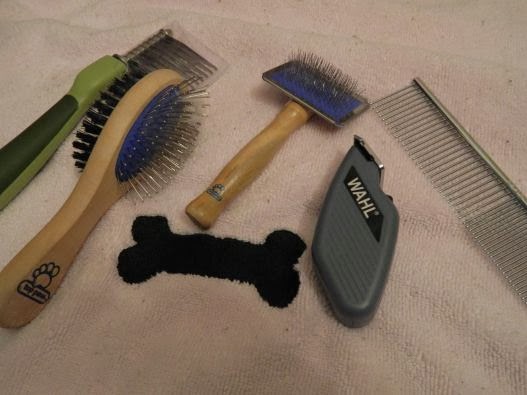 In the past weeks, I have accumulated this ridiculous amount of grooming supplies in hopes that she might let me use one of them on her. I don't have this much stuff for my own hair. 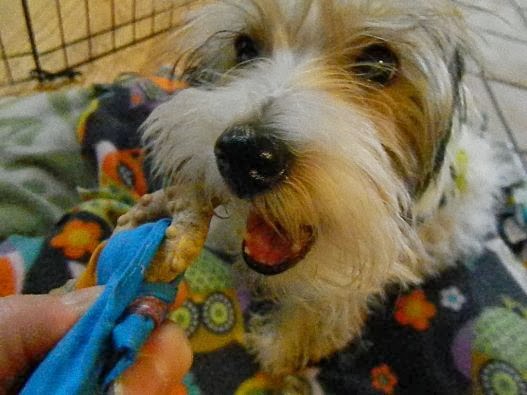 The trick, I have discovered is to give her something yummy to chew on while I give her a quick brush. I tie an old bandana around the chew toy and then tie it to me so she can't run off with it. The things you do.....