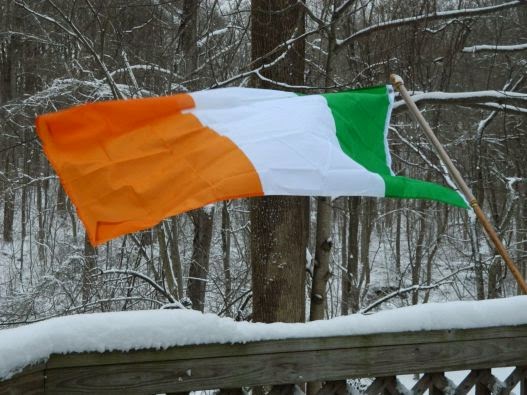 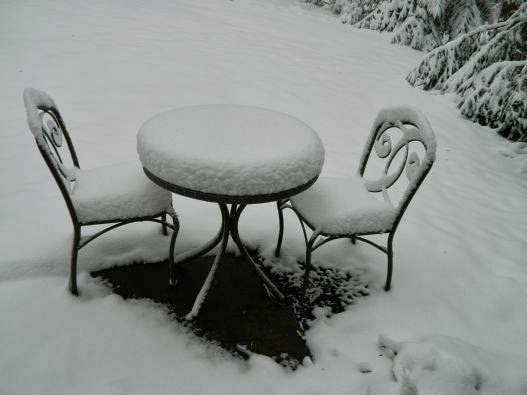 We woke up to about five inches worth and then had snow showers on and off all day. It was not the kind of snow you can have fun in. One ride down the yard in the sleds was all we could manage before we hit dirt. 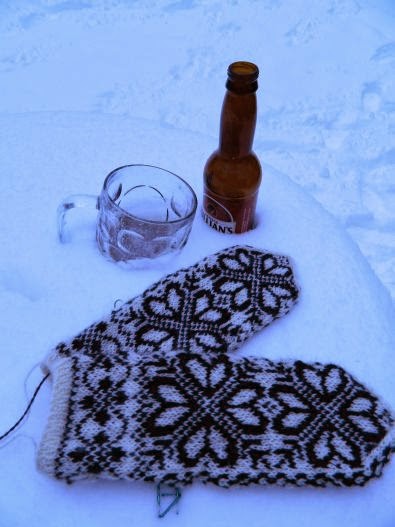 The odd blue tint in all the following photos is from leaving my white balance on incandescent when I went outside. The beer I used for a prop probably had something to do with it. It was so nice and cold from the snow that I couldn't stop sipping it. 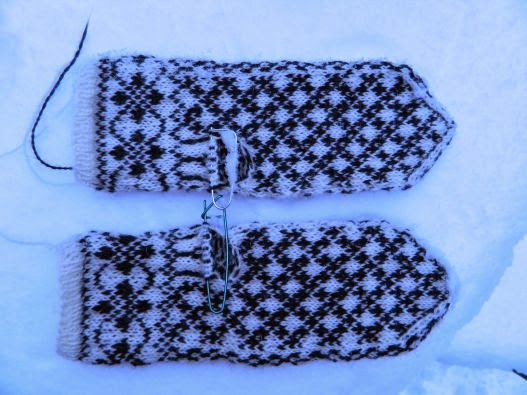 The Selbu mittens are done except for the thumbs. 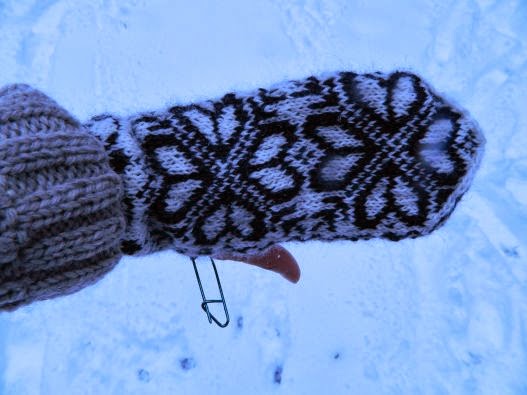 I need not to have been drinking beer to tackle that job.It is still scaring me. I did unpoint the ends a bit just by stopping four rows from the end of the chart. I tried to Kitchener them even further back but it was a flaming disaster. It's a good thing it all pulled out fairly easily or this would have been a post of an entirely different sort.