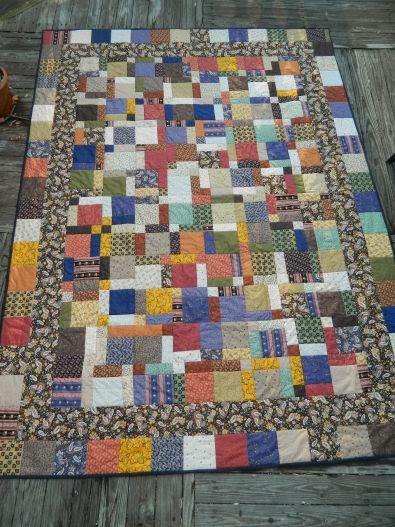 Son's quilt is done. I've stitched in all the ditches and then some. I'd like to stitch more but I'm not. This is not an heirloom. It's to be used and if it falls apart so be it. Some of my favorite quilts left to me by my great grandma are in tatters and that only makes them more special. I used a real one piece quilt backing on it and it made the job so much easier. Bless you Connecting Threads for carrying it. 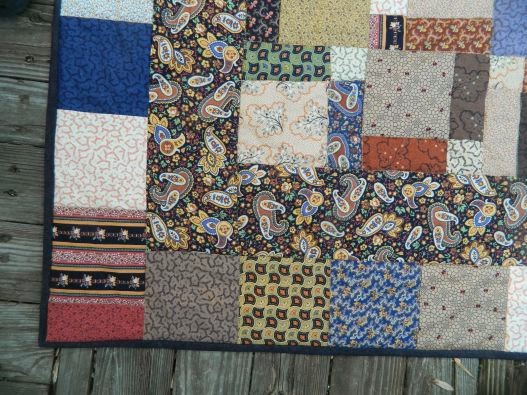 The binding I thought was going to be a chore turned out to be anything but. I did one side a day for four days and it went by quickly-especially since we were pretty much snowed in anyway. 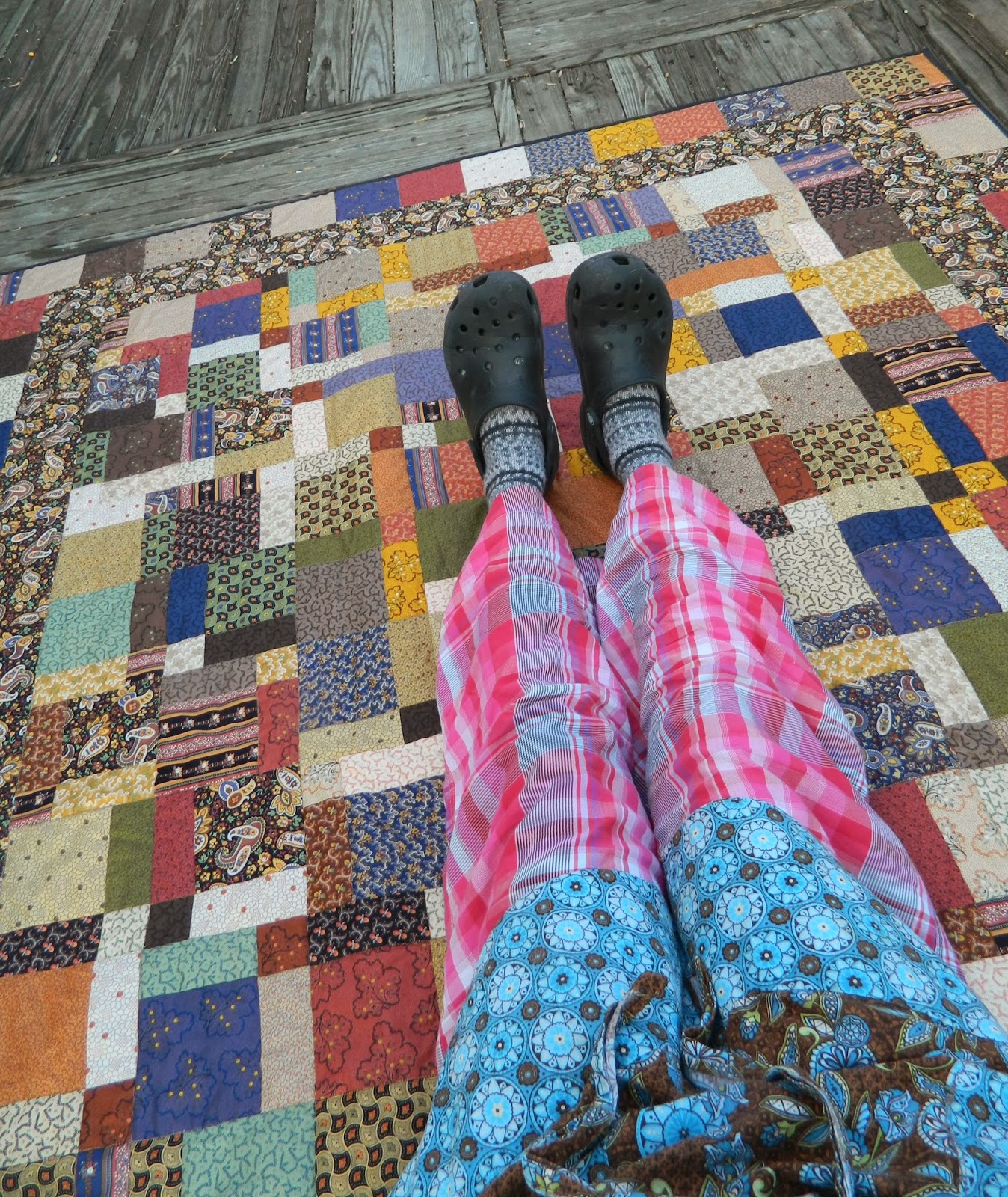 Now that it's done, I wish I would have made it a bit wider. It seemed like a monster while I was making it but now it looks kind of puny. Son is tall but on the thin side. It doesn't take much to cover him up so it might work. It's plenty long. 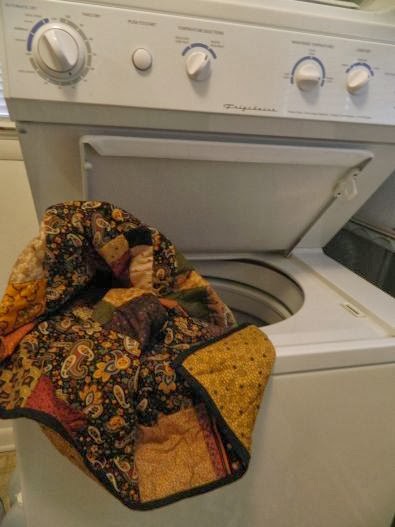 I took it over to Daddio's to wash. Son is deathly allergic to cats so I used a washer that has never seen a cat hair. Then I wrapped it up in plastic and put it in a cat proof room to keep it dander free until I give it to him.
Posted by Araignee at 12:00 AM