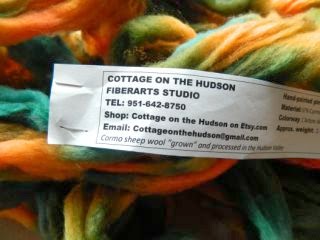 When The Mister and I were in Rhinebeck this past October, he helped me pick out some fiber to bring home. 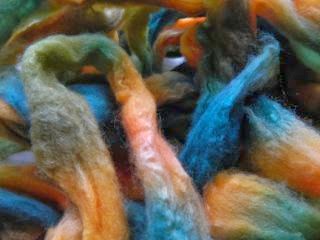 It wasn't until later that I realized that the colors he talked me into getting were the colors of his favorite football team. 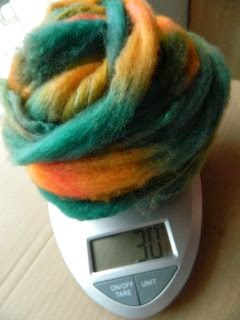 In search of a wheel project, I dug it out hoping to have enough for some socks for him-but no. I need at least 100 grams. 30 isn't even close. Even worse, it's Cormo and silk which are not suitable for men's footwear. 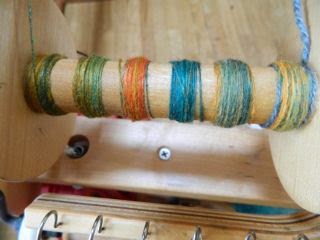 I'm afraid it's going to end up being some yarn in search of a project but for now, it's pretty and soft and I am going to just enjoy the spin.
Posted by Araignee at 12:00 AM