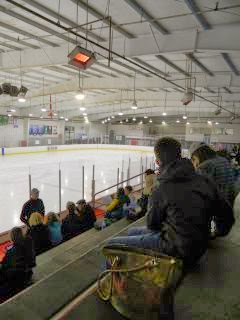 Recreational level ice skating competitions are loads of fun. They are not at all like what you see at the Olympics where it's all about jumping and falling. 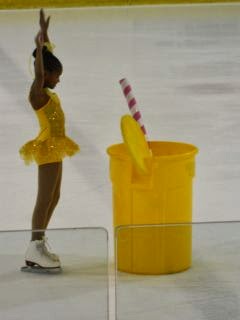 At this level it's all about entertaining and what the parents, coaches and skaters come up with every year is just plain amazing. 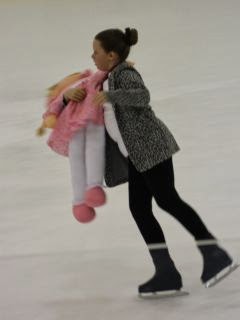 Kids of all ages are out there skating their hearts out with anything and everything you can imagine... 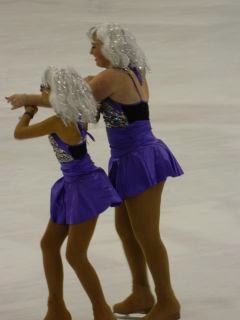 ...and wearing anything you can imagine and then some. 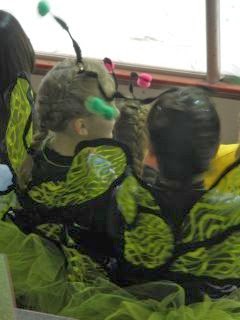 The rink was filled with bugs. 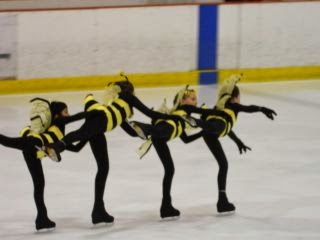 There were bees in a conga line. 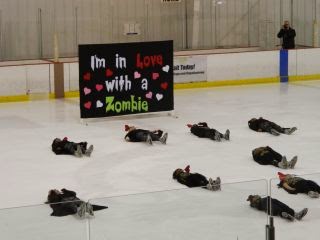 There was no shortage of monsters either. 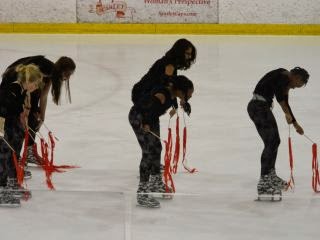 I heard Thriller at least twice. It's always a winner. 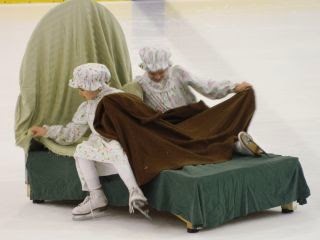 These little misses were in for a big surprise. 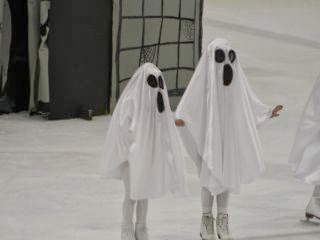 Boo! That woke them up fast. 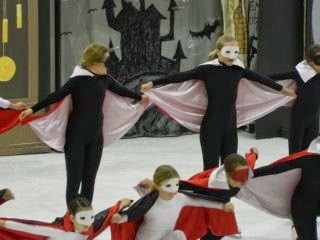 It wasn't long before the vampires came out to play. 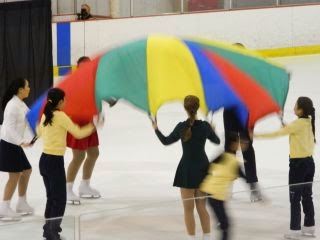 If you could get it on the ice, it was used for something or other. 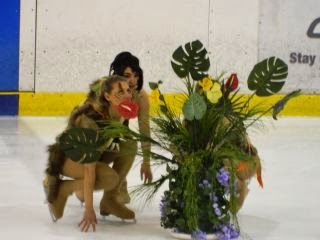 I'm not even going to try and explain this... 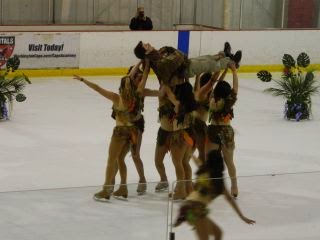 ...but it didn't end well for that guy up there. He lost his heart and not in the good way. 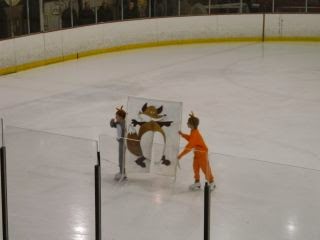 Here's my one contribution to the day's events. There's the fox I painted getting skated off after his big number. I was such a nervous skate mom that I almost forgot to get a photo of him with the two little foxes that used him for their prop. 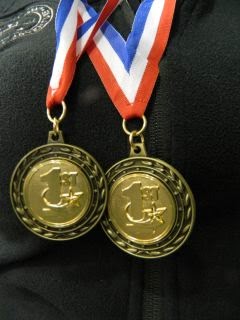 They won a gold medal for their efforts, I am happy to say. Their second of the season. 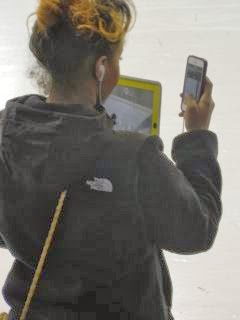 Finally, I just had to include this photo I took of a mom recording her daughter's performance on her ipad and her phone at the same time. She deserved a medal.