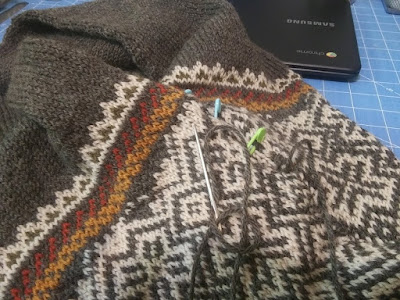 We've had a cold snap here complete with frost warnings so what better time to sew those sleeves into Lofoten. I thought.... 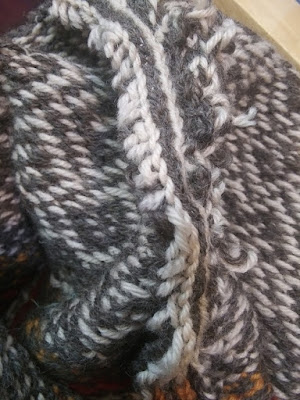 I was only a few stitches in when my knitting alarm went off.  I was pulling up a lot of unattached yarn but since there were cut steeks on both sides of the seam I just kept on. 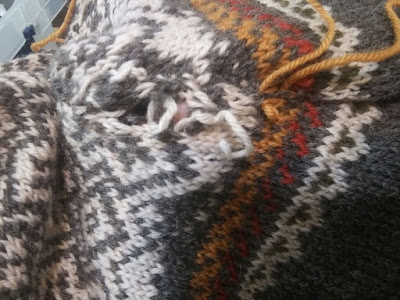 After the seam is sewn you go over it with a decorative crocheted edge to neaten it up. That's when things went horribly wrong. That wasn't the raw edge of the steek I was pulling up....the body around the cut was UNRAVELING. I had used the crochet technique for the armholes and it was all coming apart.  I was beside myself in anguish. I could see all those years of work going right down the drain. 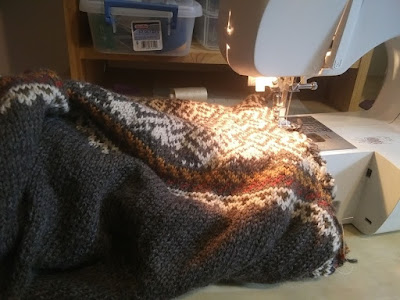 Everything I did made it worse. Then I remembered that Arne and Carlos said they only steek and seam their sweaters on the machine. The directions for this pattern said NOT to use the machine but what the heck. I was willing to try anything at this point. I reinforced every cut seam by zig zaging over them twice-especially the part that was unraveling and then I just cut it away. 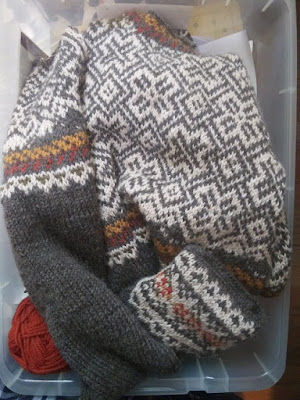 I have no idea if I saved it. It was way too much drama at this point and I needed a clear head to continue so I packed the pieces away for another day....and took a nap.