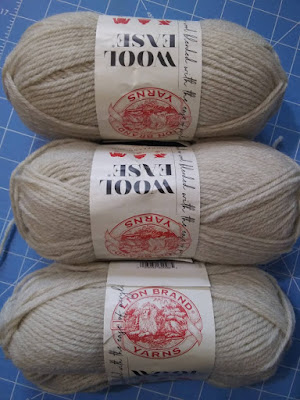 I got the bug to start something new and Amazon brought me this yarn the very next day. I thought it was a sign but noooo......the knitting gods have not been on my side. 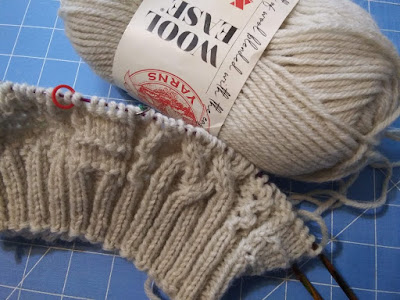 First the pattern was wrong. I paid $7 for it from a well known designer but there was a glaring error right at the start. No. I didn't contact the designer and report it. I've seen the way they talk about people who do that on Twitter and I don't want that kind of attention. I am not even naming the project or the designer here either. Lucky for me I've done plenty of cable work so I know how it should go so I could work around it. I see now why there are no projects for this pattern on Ravelry yet. Most folks couldn't get past the issue that the charts are mixed up causing the directions to make absolutely no sense at all.
If that wasn't bad enough........there was a knot in the yarn. A KNOT.  About two inches in. I can't even. I should have just finished up something I already have going. I never learn. 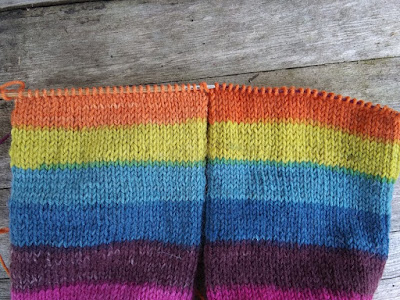 Speaking of projects I already have going, some of them are not behaving well either. My latest Felicis have that weird orange thing going on. One is rather salmon colored, the other is a vivid orange. It's not a huge issue but it's enough to put me over the edge.