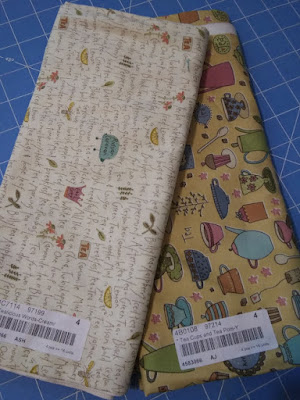 Since The Mister was plopped in front of The Masters all afternoon I thought I'd tackle something I'd been meaning to get around to for a while. 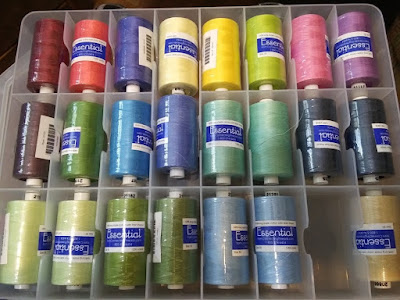 I've been meaning to make another apron with that pretty tea themed material and this time I was planning on following the directions. First I had to stop off in the thread bin. I was lucky to be able to match that mustard color. It's an odd one but I had just what I needed thanks to Dad. One day in the nursing home he was looking at a Connecting Threads catalog and he told me to buy that thread box and fill it up with lots of colors. I thought it was crazy at the time but now I'm glad I did. 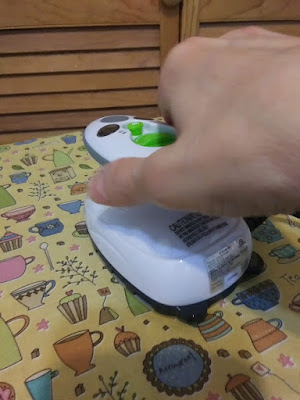 It was also the maiden voyage of my new little iron. It worked great. I don't miss the big one at all. 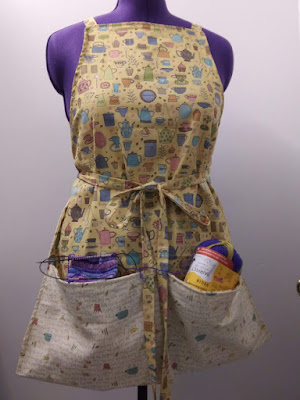 In a couple of hours I had a nice new apron for carrying around my sock knitting all day. 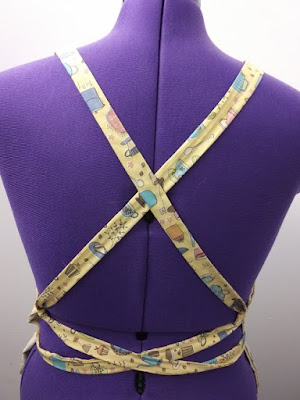 When I said I was going to follow the directions this time this is what I meant. The straps are supposed to cross in the back to reduce neck strain. My neck has been bothering me lately so I thought I would make the original straps rather than just tying them around my neck like I had been doing. I actually found this easier to accomplish than the lazy way I had been doing it-so the laughs on me.