When Life Hands You Lemons.... 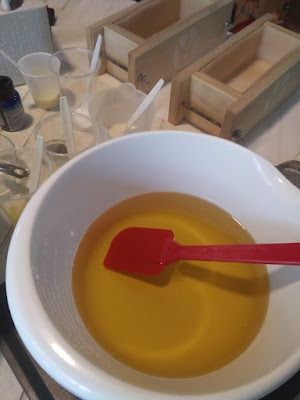 The way my crafty karma's been going lately you would have thought I would have had the sense to stay away from the soap making stuff but The Mister went to play golf yesterday and I couldn't resist.  My soap stash is running low and I hate making it in the summer when it's hot. 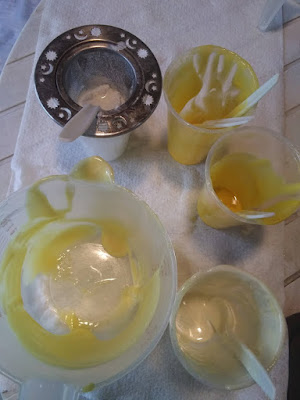 I should have let well enough alone when I heard it was going to be in the 80's with high humidity but noooo.....I went ahead and dove in. This wasn't going to be just any batch. It was going to be a BIG batch. 64 ounces to be exact. That fills two of my bigger molds. Remembering how my luck had been going this week I measured everything out especially carefully. I wasn't taking any chances with that much batter.  It was all going perfectly until...... 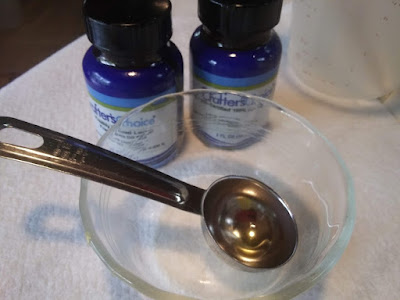 .....I realized that had forgotten to add the fragrance oil. I had bought a pricey lemon essential oil and was dying to try it. It smelled so good. Oh well, there was nothing to do now but mix it all up again ruining the pretty lemon yellow and white swirls and marbling I had spent so much time working on. 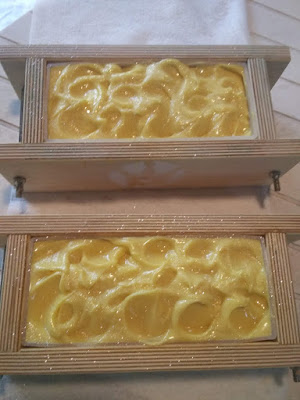 Now I have two identical loaves of plain yellow soap. I suppose it could have been worse. At least my house smelled like fresh squeezed lemonade all day.