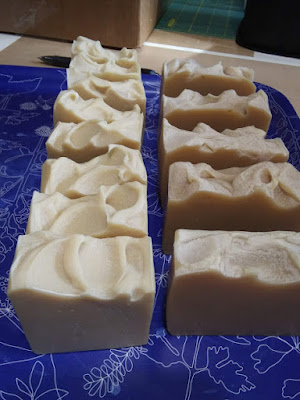 I had almost forgotten about the two loaves of unscented goat's milk soap that I had promised to my sister for a friend of hers. It's a good thing I wrote it down on the calendar. 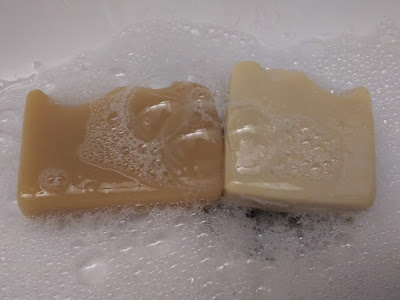 It's six weeks were up and it was time to give it a test. It passed. It's not my idea of a fun soap but for someone with severe sensitivities I suppose it's better than nothing. I got a lot of lather from them. It must be all that sugar in the milk. 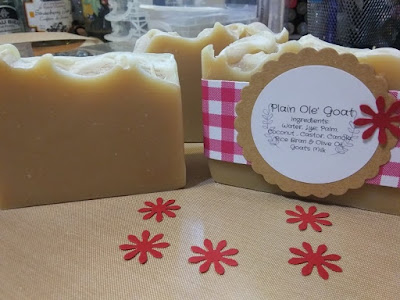 The first one I made I called Plain Ole' Goat. It has nothing fancy in it. No butters, no clay or unusual exotic oils. If you can use it to make a cake or a pasta dish, I thought it would be safe. 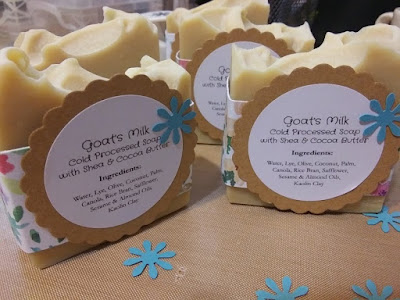 The second one is my usual recipe of cocoa and shea butter with a little kaolin clay as a colorant and some fancy oils to see if she could tolerate something that was a bit more conditioning. Of course I like this one better but without any fragrance or color it's still just another big yawn. 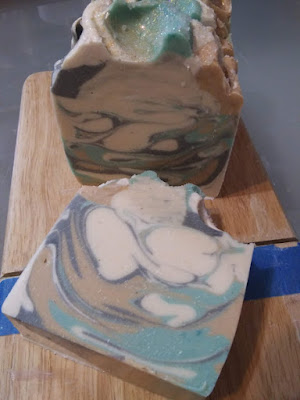