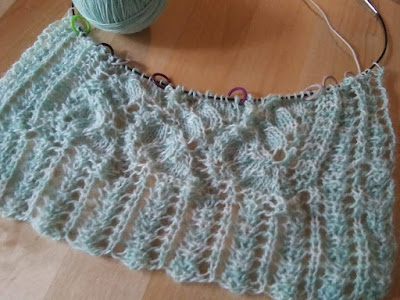 I haven't done a knitting post in ages because I didn't think I had much going on over on the needles but boy was I wrong. I finished one pattern repeat of the lace scarf yesterday. My brain has finally made peace with the lace on both sides thing. For a while it was painful. 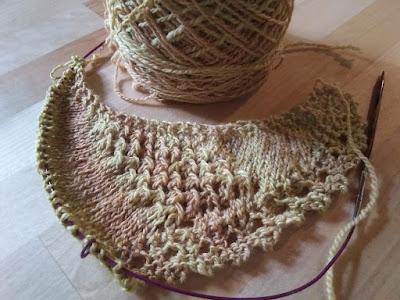 This is the Bosc Pear shawl. It had a rocky start because I couldn't figure out that a slip one, knit 2, pass over was not NOT the SAME as a slip one, k2tog, pass over. Duh. It's all good now. 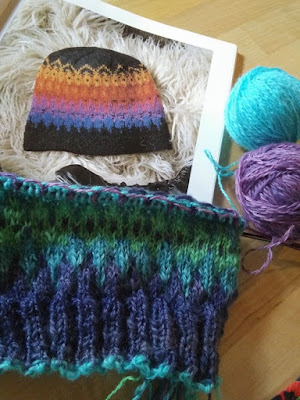 My Northern Lights hat looks like a mess. I hope it will block out and not look so lumpy and bumpy. It's my wonky handspun so I have no idea how it's going to behave when the time comes. 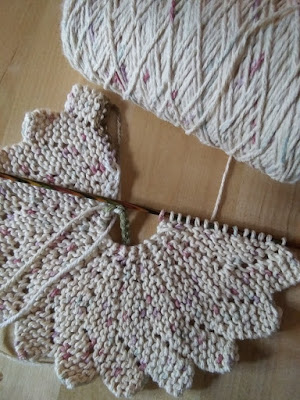 I've got one more "petal" to go and this dishcloth will be done. 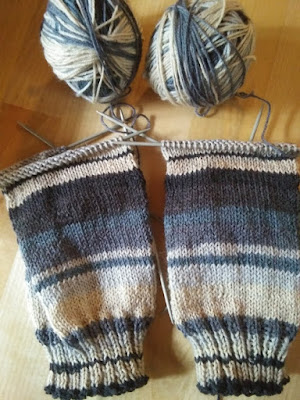 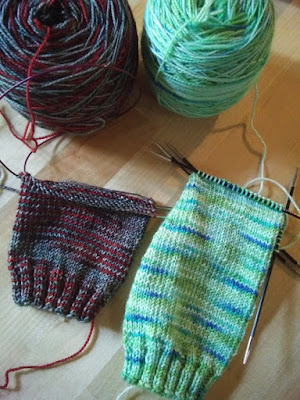 Hawthorne and Wandering Cat. I cast them on at the same time and you sure can tell which one I like knitting with the most.
Gee. I really do have a lot on the needles at the moment-but it doesn't feel like it. Weird.