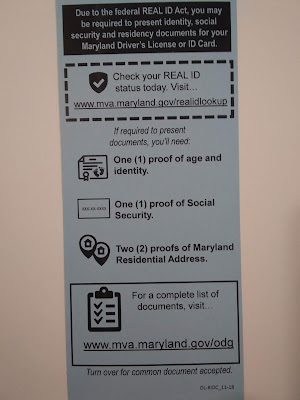 After being in the house all weekend and since it was too windy to work outside we thought we'd take a trip to the courthouse to get The Mister's driver's license renewed. He had gotten this scary document in the mail a few weeks ago and had a heads up from Facebook friends saying that the process isn't what it used to be thanks to new federal regulations.
It isn't. 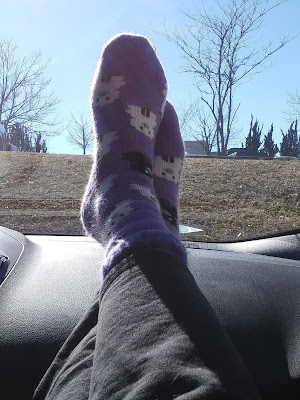 If I tagged along I was promised a trip to Joann's and lunch. It's a good thing I dressed comfy because I spent the entire day in the car waiting.  I took two naps. 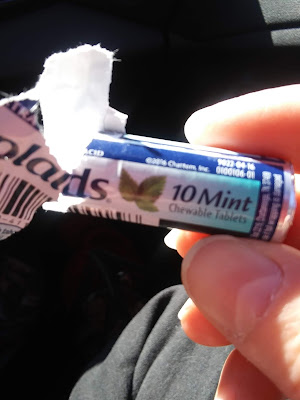 This was my lunch. That's not too terrible because I had been very naughty watching the Oscars the night before. Let's just say it involved a box of Whitman's dark chocolates and a bag of chips. 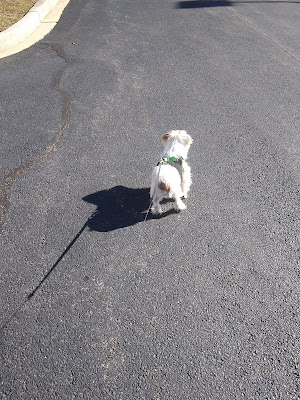 Pup was also along for the ride. We took several walks. The whole process took four hours. FOUR. He was one of the lucky ones. Many who waited that long were turned away because their documentation wasn't satisfactory and tempers were flaring inside the little office. I went home and ordered a certified birth certificate for when it's my turn because mine doesn't have a seal on it. It cost me $40. Argh. Even though my license does not expire until 2023 the people at the DMV said everyone's has to be replaced with the new "secure" ID before the end of 2020. Argh. I'm not looking forward to it. 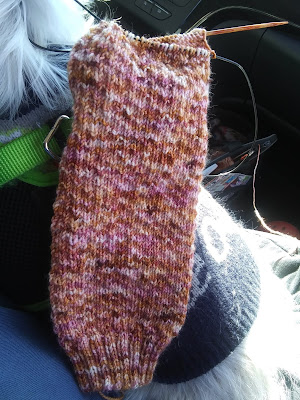 Since it was dinner time when he finally got out of the place we headed straight home. It wasn't a total loss of a day. I do love car knitting and thanks to Daddio I'm an expert at killing time when waiting in impossible situations. 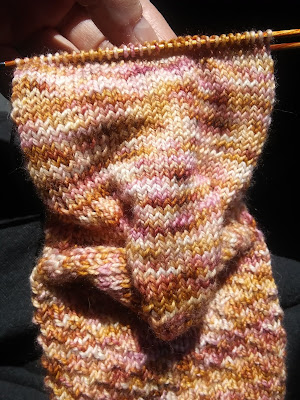 Anytime I can knit in bright sunlight is a plus. I have a new found respect for this yarn that looks so drab at home. It really is pretty when you can see all the colors.