A Dose of Fiber 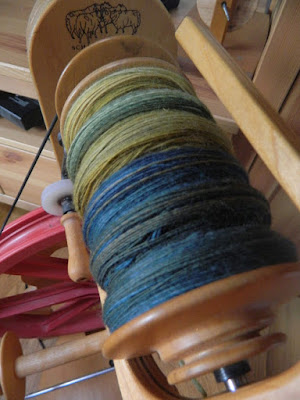 The Polwarth singles that were on the Ladybug are done. I'm going to let them rest a while before I try to ply them. They might be a little more energized than usual since I was peddling away to GOT. 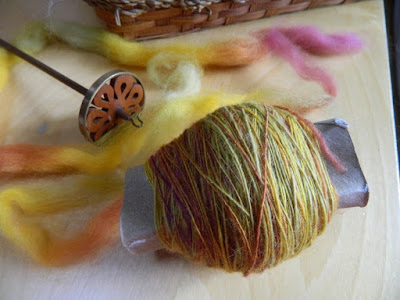 While they rest I picked up an old drop spindle project to keep my hands busy through season four. I've been collecting these singles since last year's TdF. 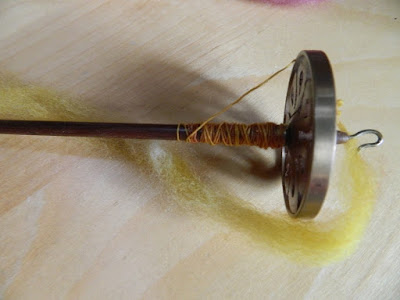 It's been a long time since I picked up a drop spindle. I almost forgot how much I love them. 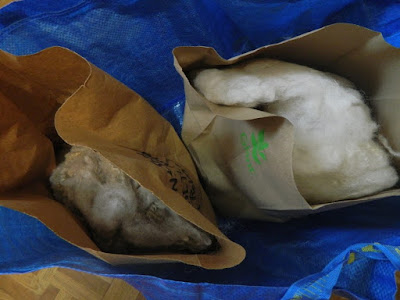 The Traditional wheel is also empty now so I've been looking around the stash for something to do on it and found this. That's two bags of fleece I washed last summer. The beige is a Shetland and the white is a California Red. 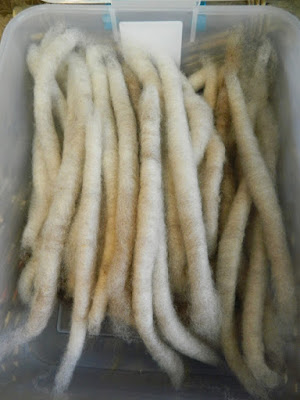 I'd been making rolags with it. Now I think it's time to give them a spin.
Posted by Araignee at 12:00 AM