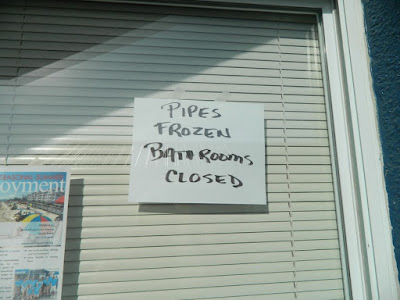 That groundhog may have predicted an early spring but it's still cold here. 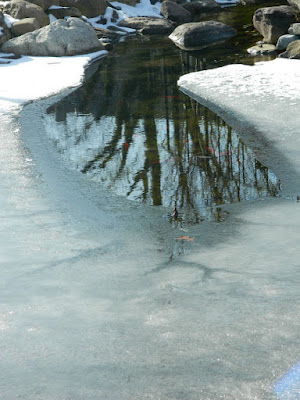 It was 16 degrees when we got up. By noon it was a balmy 34 so we decided to venture out. That's the fish pond at the beach. The koi are hibernating but some of their little orange buddies can be seen swimming around right under the ice. Brrr..... 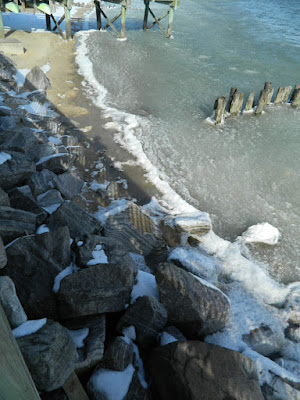 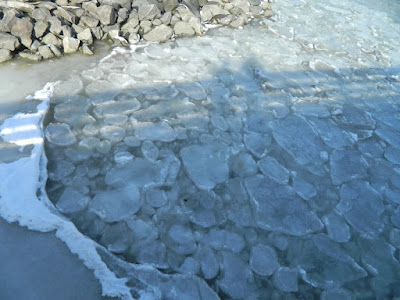 I've never seen the ice look like this before. It was like a giant cocktail when the ice clinked together with the tide. 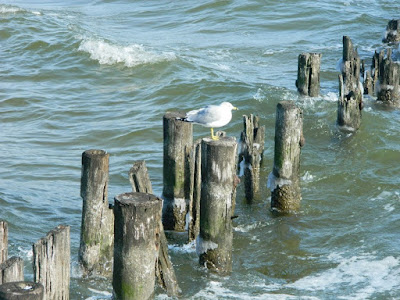 The feathered population was nowhere to be seen....at first. 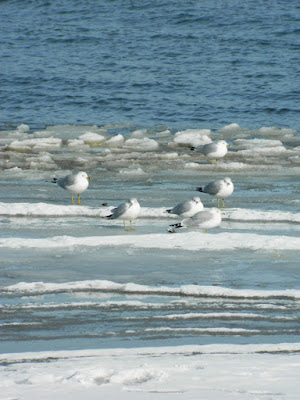 You had to look way out with the zoom to find the seagulls sitting on the ice. 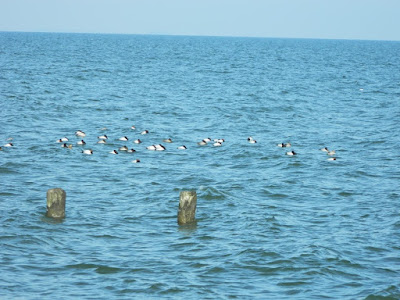 Same thing with the ducks. They were out in the free water having a good old time. 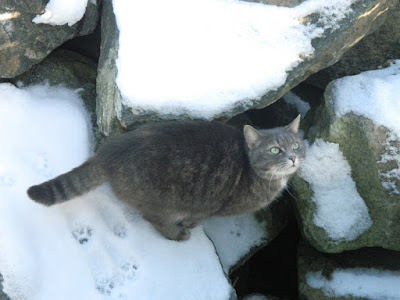 The Mister spotted this kitty down on the rocks over the water. One slip and it would have been goodbye kitty. 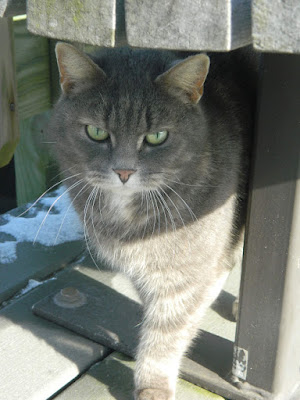 I was very happy when it decided to come back up and check us out. It was friendly and obviously well cared for so we went on our way. 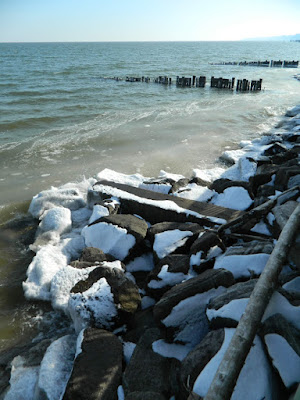 It was good to get out for a while but it was even better to be home. Brrrrr......the wind off that water was cold.