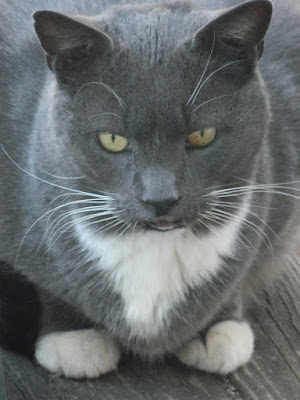 If you have read or seen Breakfast at Tiffany's you know what I'm talking about. A cat with no name. 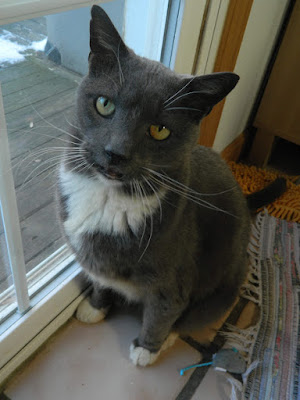 The new guy has been with us for a while now. We took him to the vets and got his shots but have yet to find a name for him that sticks. 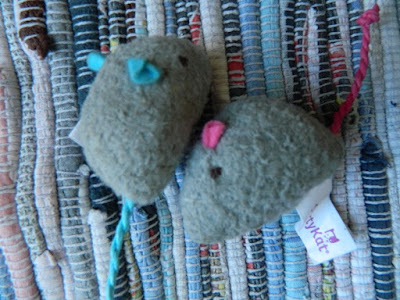 Unlike our ferals, this kitty is playful so The Mister picked him up some toys. When he first showed up last winter he was wearing a flea collar so we called him Collar Kitty. He was filthy and starving and he never left our deck for months. No one was looking for him. He didn't have a chip. Poor guy. He must have been left behind or dumped. 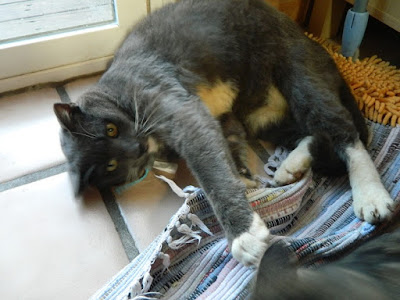 He loved his new catnip mice. 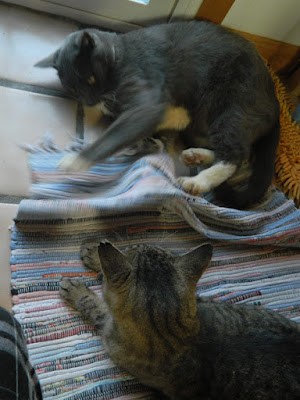 He's even made peace with Hoover who used to be his mortal enemy when he was living on the deck all summer. Now they get along fine. Now as for a name...because of his prominent vampire teeth we've tried Hannibal, Louis and Dexter but they just don't fit. Maybe we'll just call him Seven. That's how many of these homeless critters have adopted us now. 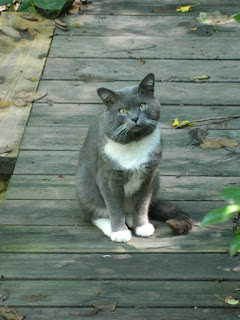 I'm not even counting the newest feral who's been showing up for a meal every morning and has been sleeping in one of the heated huts every night. He could be Seven's twin. I guess we'll call this handsome guy Eight. Sigh.....