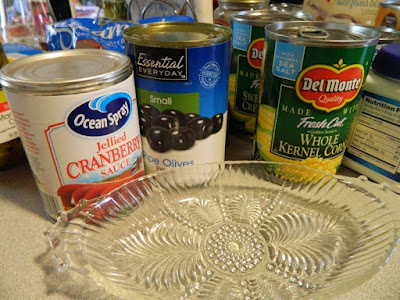 Thanksgiving is all about ingredients. I love seeing them piled up on the counter waiting to be turned into something good to eat but this year I had to do tons of homework before I bought the first thing. 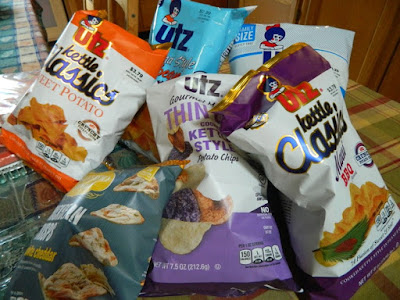 Daughter has to be seriously gluten free so we were limited with snacks. No hot artichoke dip on a baguette this year. No shrimp dip with crackers either. You won't believe the weird places gluten hides. Instead it was chips and plenty of them. 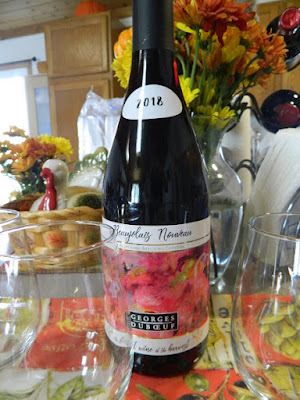 Wine is gluten free. Beer is not. This year's Beaujolais Nouveau was good. We always have a bottle for Thanksgiving. 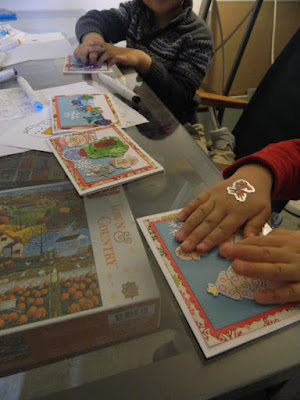 While all the cooking was going on I kept the Grands busy making Christmas cards. They got very creative. 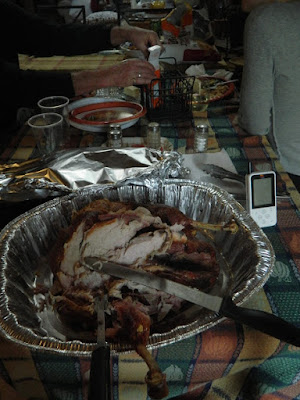 The turkey got gobbled up before I got a photo. SIL cooks it on the grill. It's not only tasty being slightly smoked but it frees up the oven for all the sides. 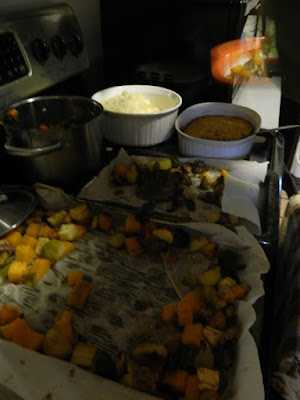 We had plenty of sides. It was a veggie extravaganza. I don't think there was one I didn't dice up and roast. I even chopped up a parsnip. The mashed potatoes were made by baking the potatoes first instead of boiling them. It was so much easier and I couldn't tell the difference. My big thrill this year was learning how to cut and dice a butternut squash. I had to YouTube it and it was easier than I thought. I'll be roasting them more often now that I know they are not that scary. But first, we have to eat up all the leftovers.