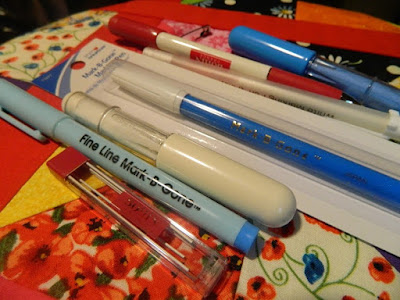 I've got a lot of marking tools and they all got a workout today. 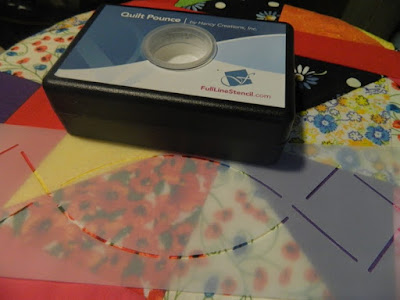 I was trying to figure out how to quilt Daddio's Thangles. 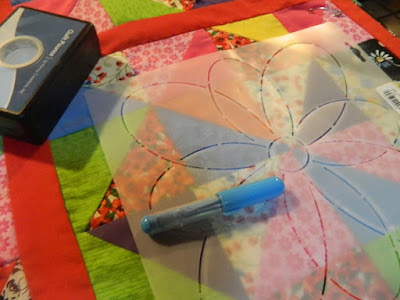 I thought an allover pattern would be best but I was too lazy to work that hard. I decided on this center motif instead. Getting it marked so I could see it was a challenge. It took more than one try and more than one tool. 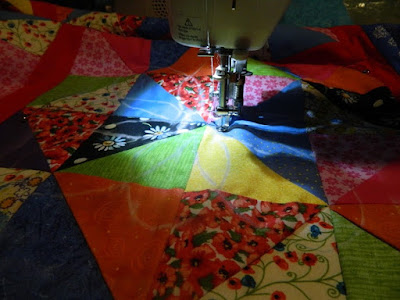 Those of you who are quilters are probably laughing at my choice. I had no idea big motifs were so blankety blank hard. 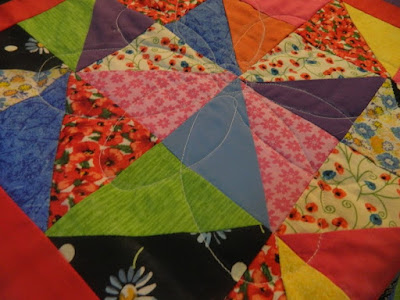 Yikes. It's pretty wonky. In order to keep the stitches even you have to really go for it and I lose control if I go too fast. It's a good thing you can hardly see it. I am happy to say the second one went a little better. I probably should have practiced on something other than the quilt but it's too late now. I'm all in.
Posted by Araignee at 12:00 AM