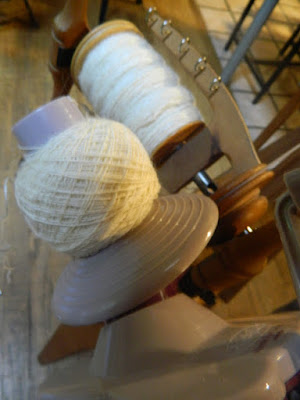 It's time to get serious about the Tour de Fleece. I need some free wheels and this project needed to be done. 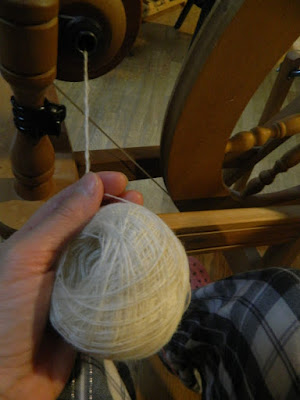 I was plying the last of it when I realized I had more on one bobbin than the other so I used my ball winder to ply from the inside and outside of a ball made from the leftovers. 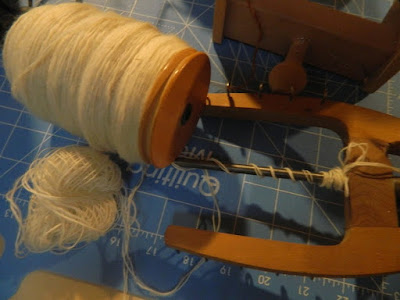 It usually works like a charm but not this time. I just had too much already on that bobbin. The whole thing exploded. 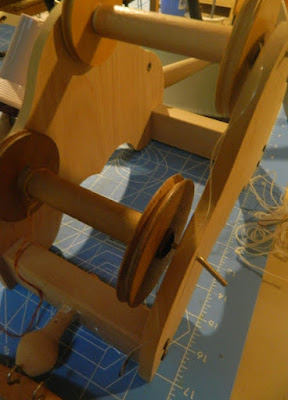 I used my lazy kate for this job and I have to say I loved it. I almost pitched it a few weeks ago because two of my wheels have attached kates and I never used it. It really is better than plying off your wheel. 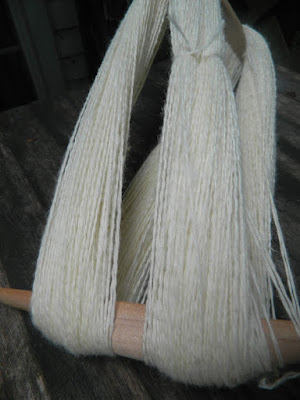 Ta dah. It was a mess at the finish but it is done. This was a three year spin. Finley was a Shetland fleece I washed ages ago for the Tour. Now I have to figure out what he will be. 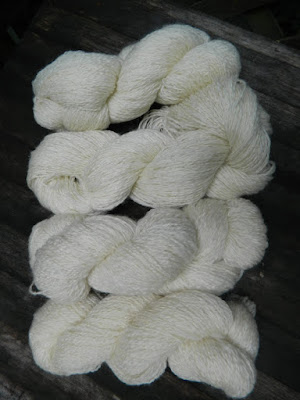 I've got just over twelve ounces of it. Like most Shetland, it's not terribly soft. It's on the lines of Jamieson's. It just might get dyed for a Fair Isle something or other. I'll have to do some homework on it. 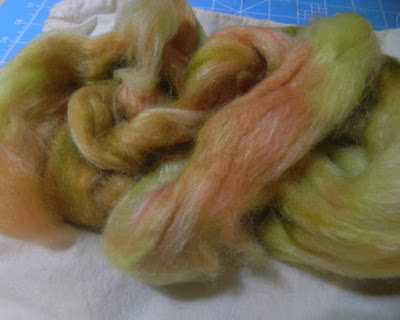 Now to clear off the Ladybug. I've had this fiber on it forever. It's so pretty. I love how it looks as fiber. 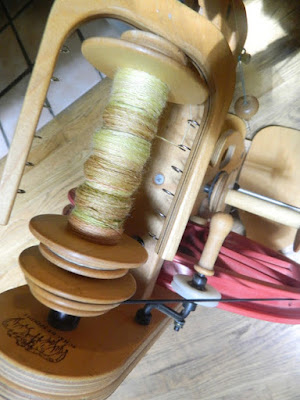 It's not spinning up quite so pretty. 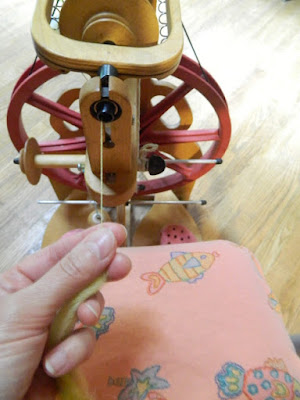 No matter. It has to be done. I want to start something new on July the 7th and I don't have a minute to spare. Gotta keep peddling.
Posted by Araignee at 12:00 AM