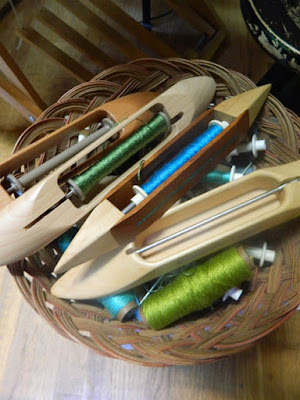 I'm off to the Dragon Boat races today while my shuttles are having a rest. They deserve it. They've been working overtime with this last project. 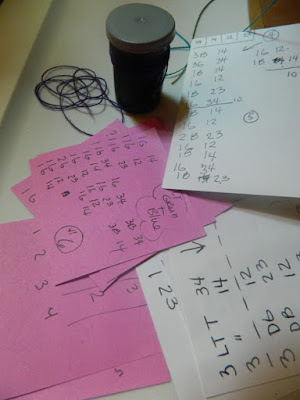 Look at those notes. Piles and piles of notes. This project was epic to say the least. 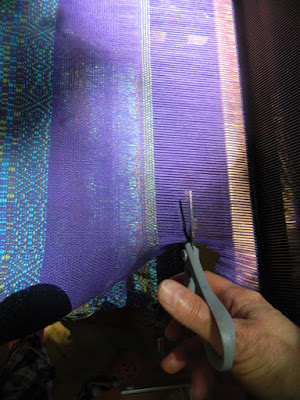 I am so happy I am done. There were no mixed feelings when I cut it off the loom. I didn't have another row in me. 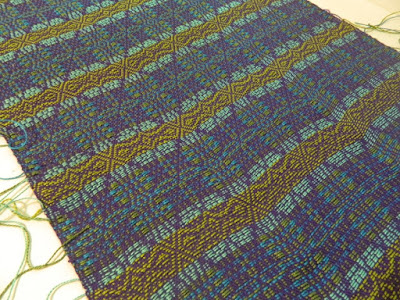 Ta dah. Fresh off the loom with all it's little danglies where the colors change. No weaving in is required. You just snip them after the first wash. 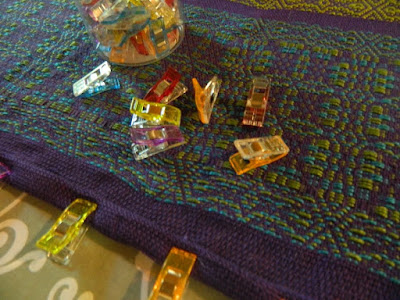 Hemming it was like hemming a spider's web. The ends are woven in that teeny tiny yarn so they were hard to control. Even a hot iron and the clips couldn't rein them in but I managed. 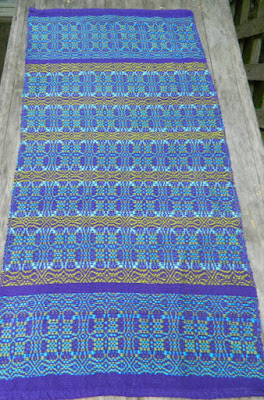 There it is in all it's glory. A bit large for a dishtowel. That's what happens when you don't really understand that epi (ends per inch) thing and don't beat the heck out of it to get it square. Every time I tried to really give it a good whack something snapped so I gave up. The ends are not symmetrical. By mistake I did three repeats on the first end and only the called for two on the last one. As I said....I was done. If that floating selvage had snapped just one more time I would have taken it all down to the Bay and dumped it in. Seriously. 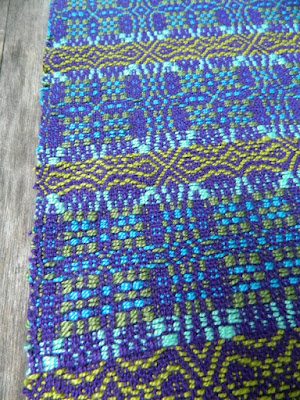 Speaking of the selvage, it's not too shabby in spite of all the drama with the snapping threads and the constant repairs. 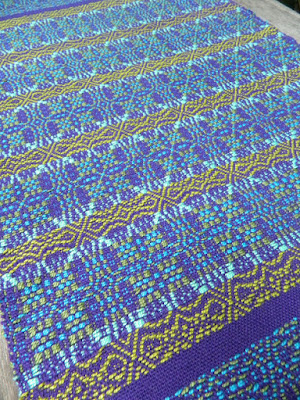 But the best part of all is that I can't tell the front from the back. No underside boo boos at all. Not a one. With a pattern like this and with three shuttles all going at the same time I expected a mess on the back but I couldn't find even one. Yay. Me. Now on to something simple.......
Oh, yeah. In case you are wondering (and a glutton for punishment) it's Bertha's Towels which is a kit from Cotton Clouds.