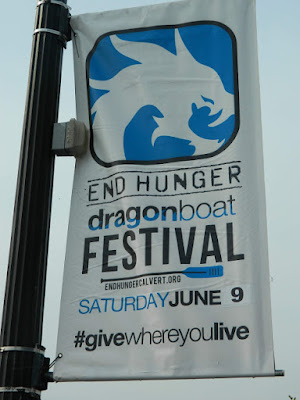 Yesterday we were up and out bright and early. 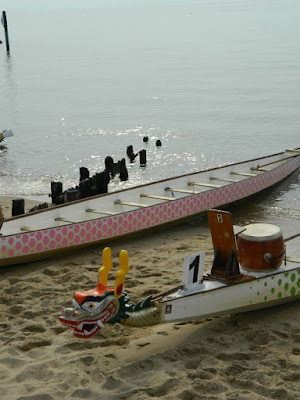 If you don't get down to the beach in the wee hours you can't find a parking spot. The heads and drums were on the boats and they were ready to go but the races had not begun. 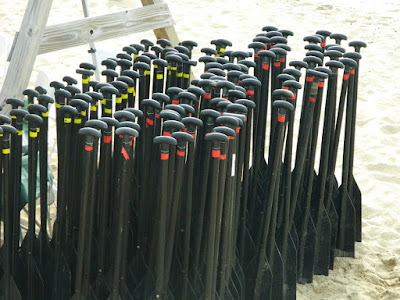 It was the calm before the storm. 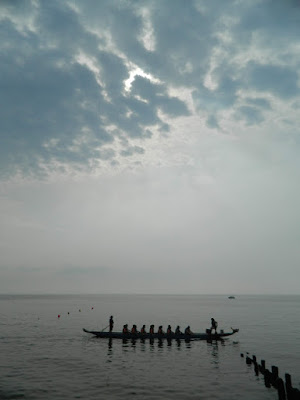 And I mean storm. They were calling for afternoon thunderstorms so once they got this thing rolling they moved at a fast clip so it would all be over by noon which was fine by me. 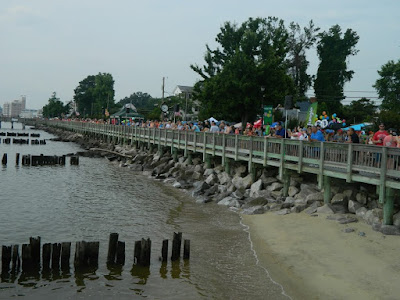 There were 30 plus teams this year. Finding a spot on the boardwalk so you could see the water was a challenge. 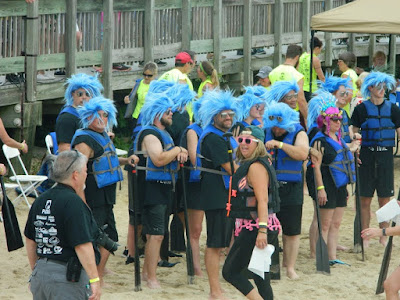 There are 16 paddlers and one drummer on each team. 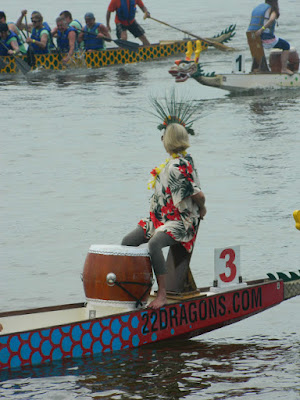 There is a contest for the best dressed drummer. 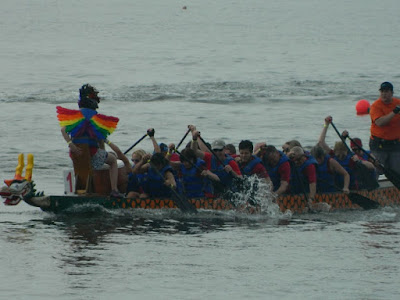 They take their paddling very seriously and those boats fly once they sound the starter. 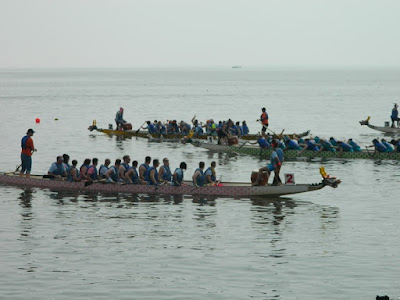 Three boats racing and three boats loading. They have it down to a science. 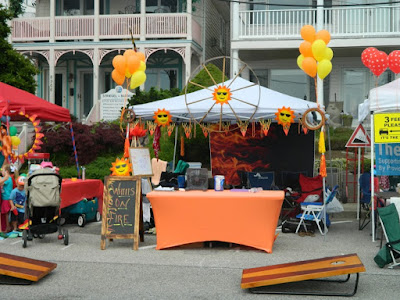 Each team sets up a welcome booth. There is a prize for the best decorated one. 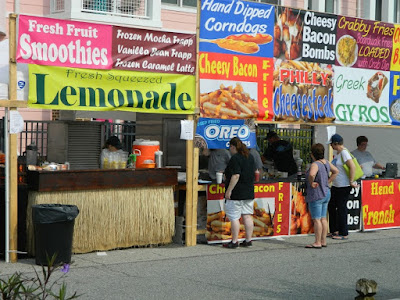 Of course there were food vendors. The longest line was at the crab truck. Fries covered in crab dip was popular. 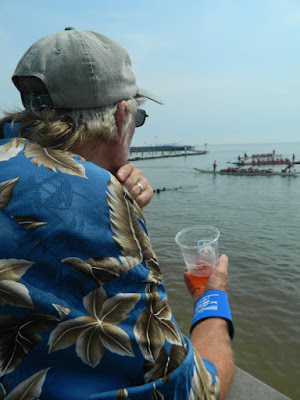 As were the beer trucks. The Mister had two-for breakfast. 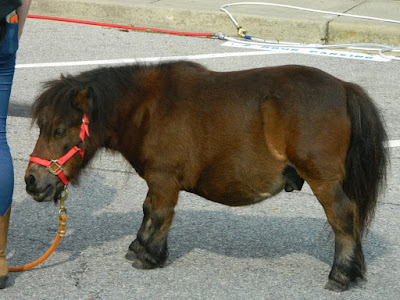 We left Pup at home because of the heat but there were animals all over the place-in the shade for the most part. 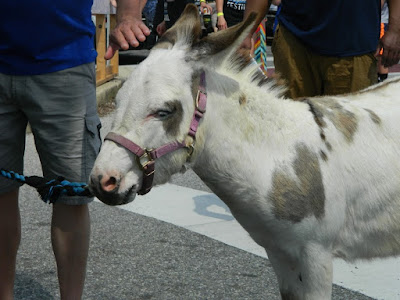 They didn't look too impressed by the whole thing. 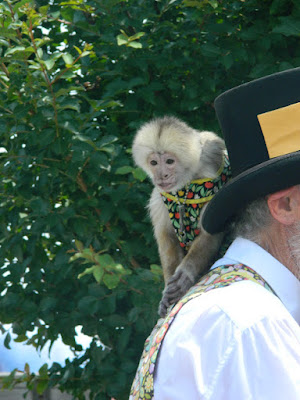 There was even a monkey. Golly. 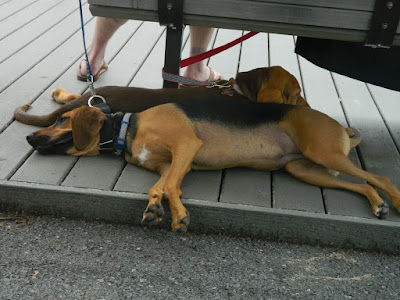 By the end of the day this is just how I felt. It was good to get back home and into the AC-and listen to the thunder. We did get our storm. More rain. Ugh. 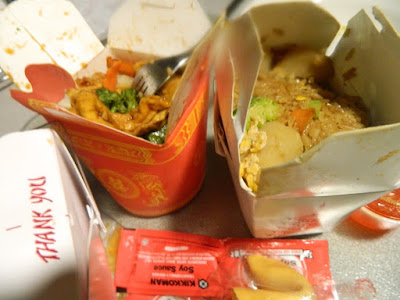 Oh, well.....we got takeout Chinese and then I had to nurse my sunburn. Every year I forget about that sun thing.  You'd think I'd learn.
Posted by Araignee at 12:00 AM