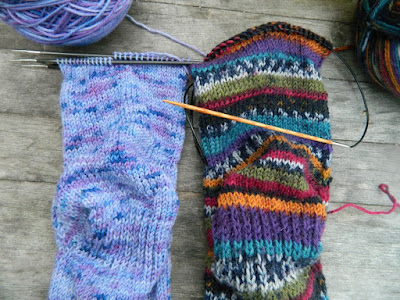 I was heading down the foot on both of the two socks I have been working on and feeling very smug about it. I was already writing the FO post in my head. 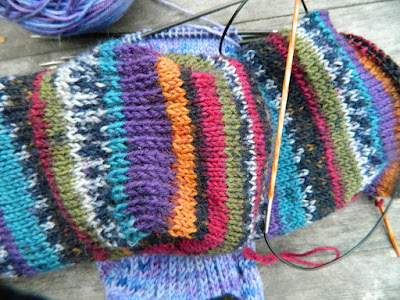 However, when I tried one on I realized in horror that I had forgotten to shape the heel. After working the flap I just picked up the gusset and knit on blissfully unaware of my ginormous boo boo. 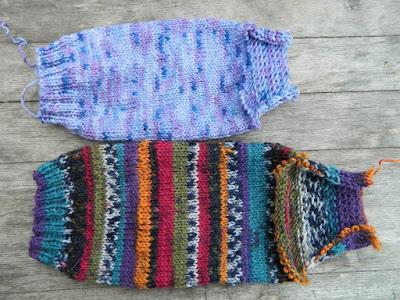 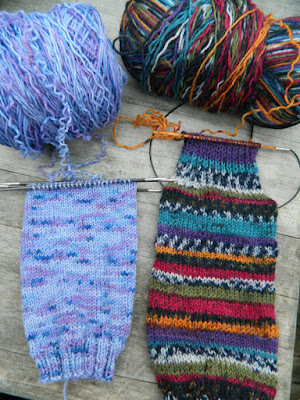 It didn't take much time to fix the mess but it left me feeling really weirded out over this crazy error times two. I have knit lots of socks-I have 70 plus pairs in my sock bin alone, so how on earth did I do this-TWICE? That's a scary senior moment. 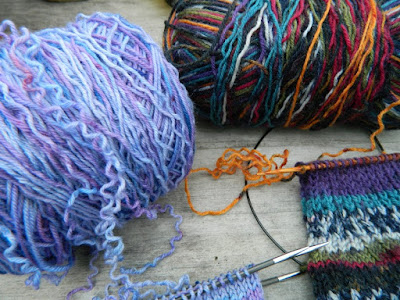