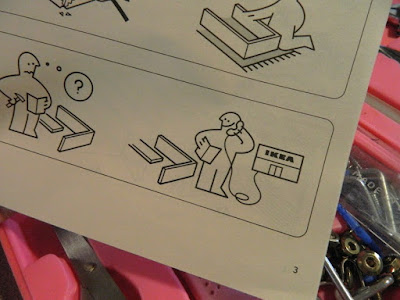 The Mister and I should never be allowed in Ikea again. We made giant fools of ourselves on the phone with them yesterday. 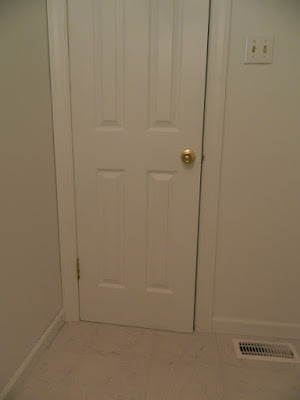 The story started on Tuesday, when on a ridiculously cold and windy day, we decided to go out on the deck and cut the wood for the trim. I have to say, it was my lowest point in the whole remodeling. I was not a happy camper but it got done and it looks great. 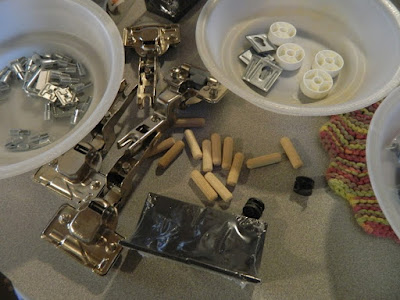 Next up was the giant mirrored wall cabinet I wanted to go over the sink. 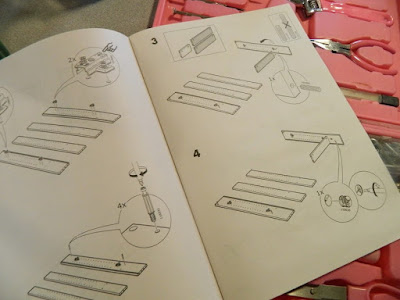 It seemed easy enough but nothing was fitting together as it should. The holes were all in the wrong place. 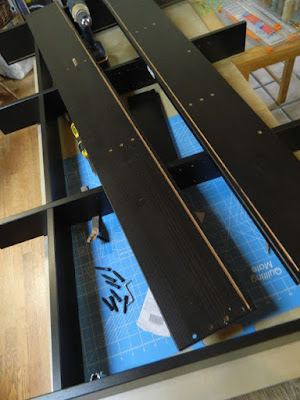 After struggling for a few hours, The Mister called Ikea and complained. They said the only thing we could do was pack the defective unit up and bring it back for an exchange. The Mister was not happy. As we were taking it all apart and packing it up, we noticed.....hmmmm. The boards we thought were all the same size were in fact an inch or so shorter than each other. Oh, my. We had the wrong boards in the wrong place. It took no time at all to put it together right. We felt so stupid. 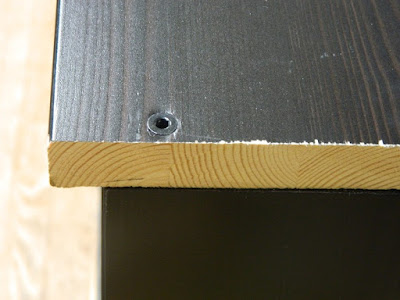 THEN....after getting the thing together we realized it was BIGGER than the wall it needed to fit on. The Ikea measurement of the unit and the actual measurement were not the same. By this time we were ready to set the thing on fire so I let The Mister take it out back and just cut it down to size. I ordered a wood pencil that is supposed to be the same color with hope that it will fix all the splinters from the cut. 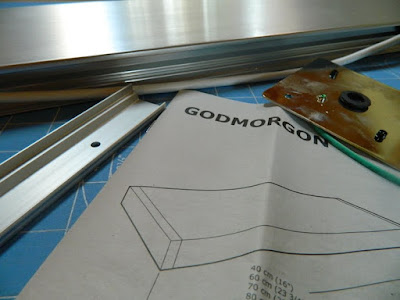 The new Ikea lighting unit that sits on top of the cabinet is next. Wish us luck.