The Easy Way Out 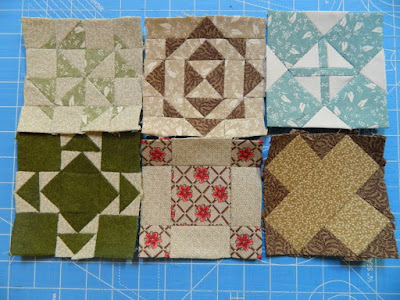 It's been all tiling, all day around here but if I get up early enough I have had a few minutes to do some piecing. I think I am really getting the hang of this and I can see why it's such a popular project. It's better than doing the same block over and over. 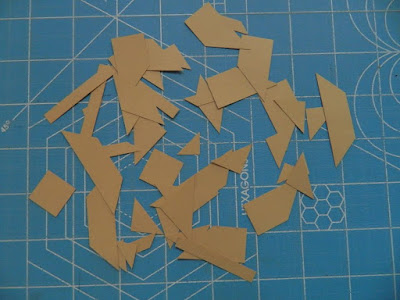 Having said that, look at the next block. Yowza. It's got over 40 pieces. 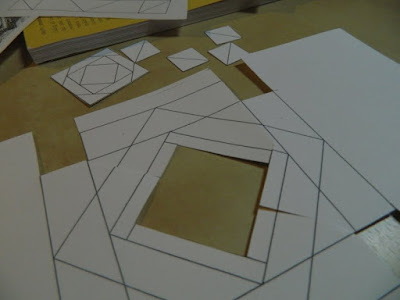 I decided to take a shortcut and get rid of all the teeny tiny half square triangles by reprinting the pattern on cardstock and making my own pieces. 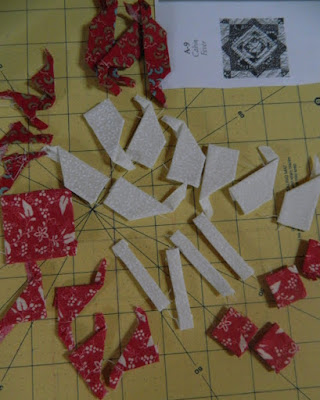 Oy....it's still a lot of pieces but it's more manageable. 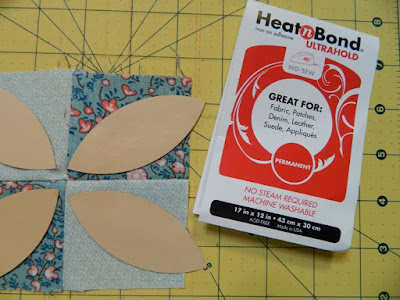 I think I also have a solution for those naughty leaf shaped blocks. Jane may have had the talent to piece them but I don't. After watching a bunch of tutorials I decided I am taking the easy way out. I am ironing them onto fusible webbing and them just stitching them down. At least I think I am. Time will tell.
Posted by Araignee at 12:00 AM