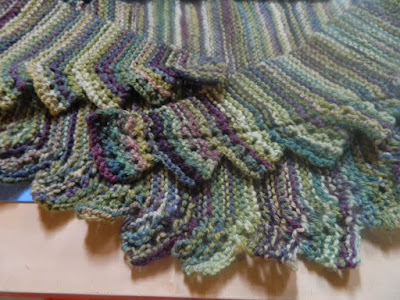 Thanks to all that team figure skating drama, my latest Pimpeliesse is a done deal. It's not getting blocked anytime soon since I doubt it would dry in this wet weather. I'm holding out for a sunny day. 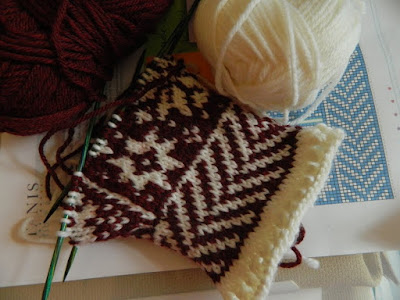 Here's the new project I was hinting at the other day. It's a Snowfling Mitt by Tanis Arts. I knew I would cave and do some Olympic knitting. My plan is to have these done by the next winter Olympics in Beijing. 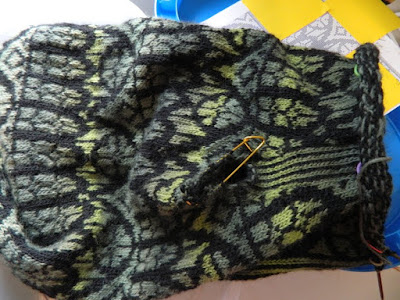 The deal has been that I can't knit on the mittens until I put a row on Tracery. My plan worked because I'm now at the place where I have to think about steeking. I've steeked before, several times and I know it's not really a big deal but even so....I'm not looking forward to it. 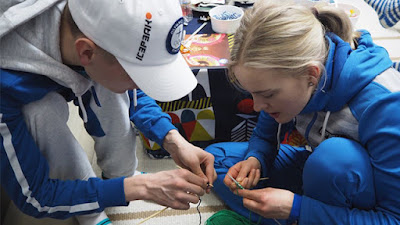 And speaking of Olympic knitting, have you seen this story about the Finnish team knitting squares for a blanket for their President's new baby? The snowboarding coach has even been knitting at the events to calm the athletes. That's what you call team work.
Posted by Araignee at 12:00 AM