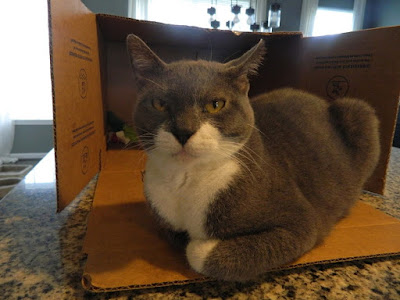 I mentioned yesterday that I was kitty sitting for Daughter on Saturday while she and Hubby spent the night in NYC. They had a very special appointment to keep. I think grumpy cat knew something was up. 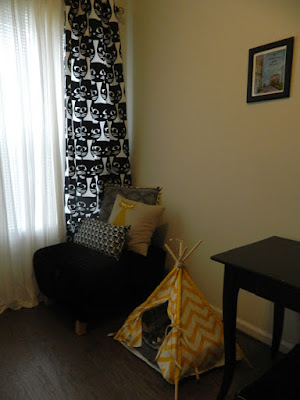 The week before, Daughter had fixed the guest room up into a kitty haven. 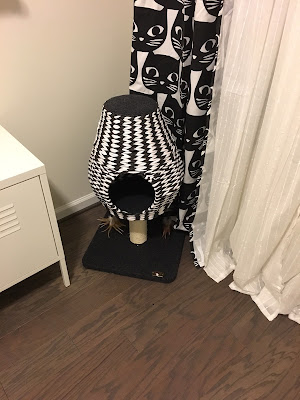 Someone was going to get spoiled in here. 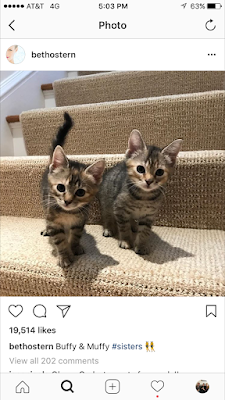 Daughter had seen these two sisters on Beth Stern's kitty rescue Instagram. She and Howard (yes, that Howard) foster kitties. There is a great article on them here. 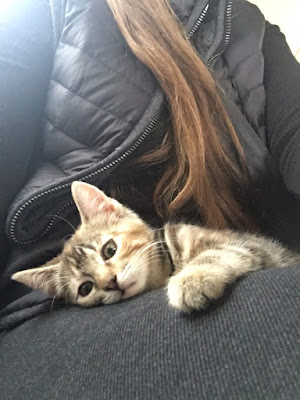 Seeing that these were "celebrity" kitties Daughter had put in an application for adoption with little hope of getting them. There was a lot of interest in these two sisters. 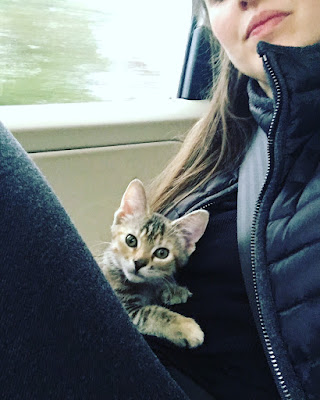 But she did! She and Hubby got to go to the Stern's apartment in Manhattan and pick up the cuties on Sunday. Now they are officially a four kitty family. Yikes. 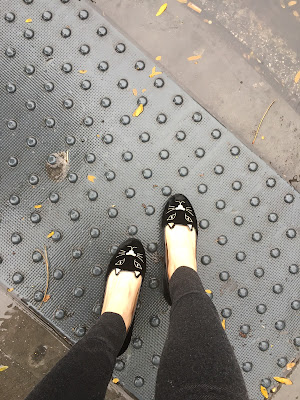 Daughter can handle it though. She's kitty crazy. Just look at the shoes she wore to pick them up. Meow.
Posted by Araignee at 12:00 AM