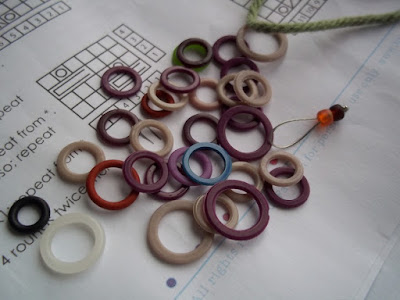 That's a big pile of markers for a big project. I used them to mark every 24 stitches so you can do the math. 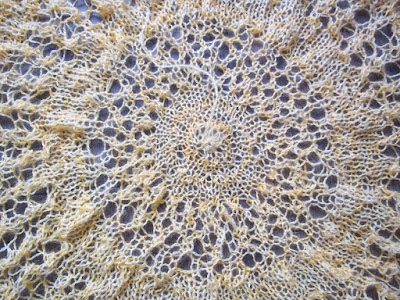 Every time I wrote about this particular project someone would say they couldn't wait to see it done. Me too. 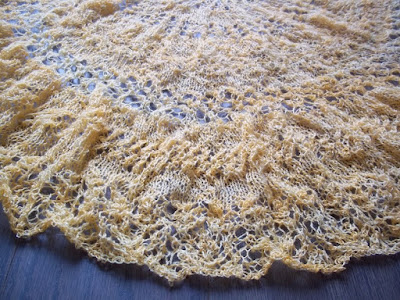 It's Aubade and it's done but it's a hot mess. It needs a severe blocking but I don't have any of that stuff with me. 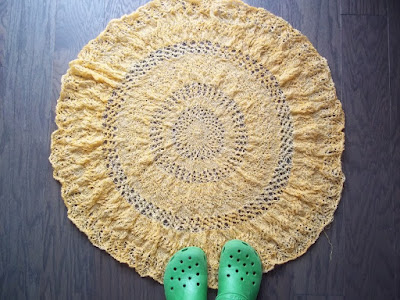 You can kind of get the idea. It's round. It's going to be much bigger and pretty holey after blocking. It will probably look like a big yellow spider web when I am done pulling it out. That's some very fine yarn. The thinnest I've ever used. 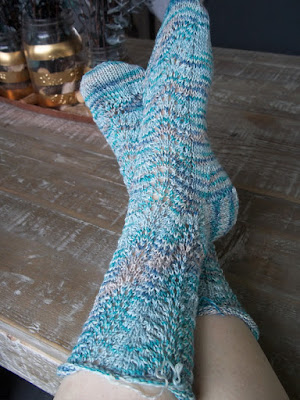 The latest Undines are done too. I like them. I want to start another pair. They go so quickly. 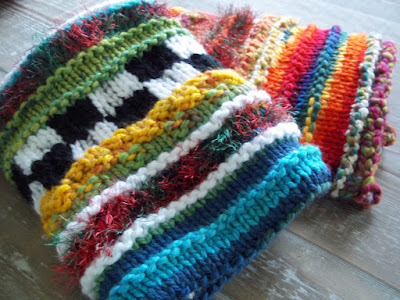 I've also got two twiddle mitts done. One for Daddio, one for Kathy B. I still have to add the undetermined doo dads. 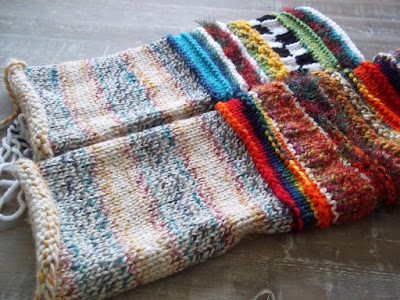 The pattern I used had you knit a liner. So that really counts as four right? 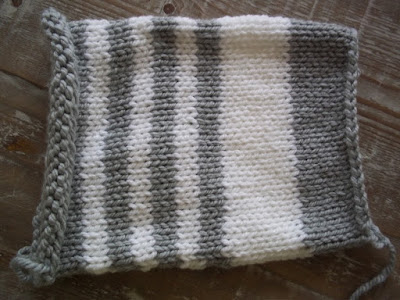 The first kitty pouf is also done-minus the face and the stuffing. I don't have any stuffing with me and the face embroidery is worrying me so it will wait until I get the second kitty done. 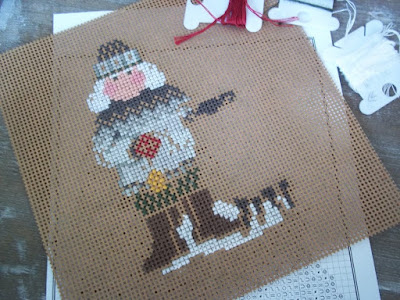 Finally, I finished the Santa. I still have his sheep to do but Santa himself is done. He needs his beard and his beading but they are added at the end. As much trouble as I had with this guy, I am calling this a major victory in the stitching department. Yay me. I was so pleased with myself I bought another stitching kit. Wait until you see this one. I hope it's waiting for me when I get home-tonight!
Posted by Araignee at 12:00 AM