One Stitch at a Time 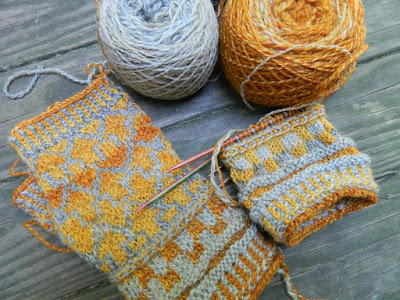 Those mitts I began back when it was cold are progressing. There was a lot of drama with the second one when I apparently lost the ability to read a chart but after a good frogging it's back on track. I hope. I am almost afraid to look. 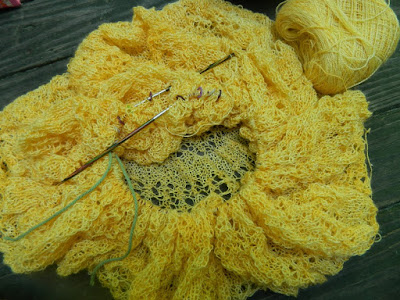 The main lace project of the moment was Aubade until I realized it was going to take forever to get around one of its huge rows. I am halfway around the second to last row so an end is in sight even though it may take a while-and then some. 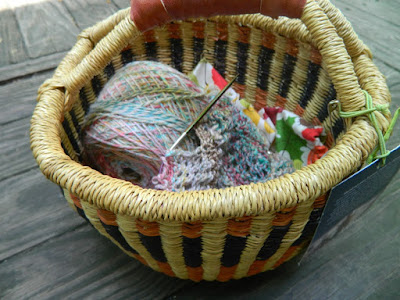 Since the basket I had Nurmilintu in was empty and I needed some instant lace gratification I started another Hap. 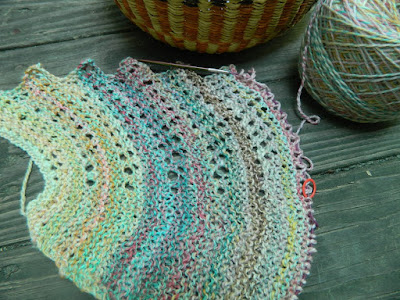 I rarely make the same thing twice but I really liked the mindless nature of the beast. 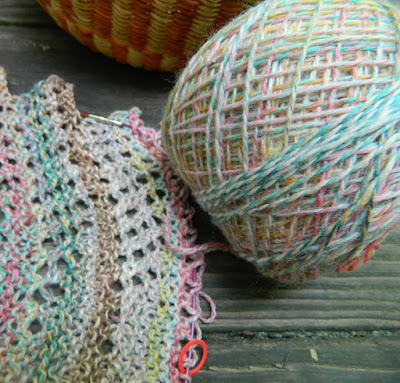 The unicorn barf handspun that I also dyed is a bit problematic. If I hate when I am done it's getting dunked in black. That'll fix it. 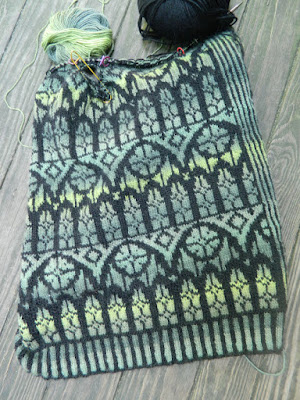 Tracery is heading to the neck, slowly but surely. 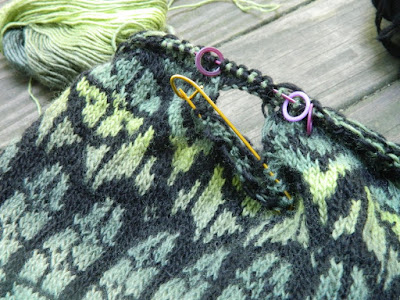 It's in that awkward phase where you can't read the chart anymore. You have to use your brains to keep the pattern going while making all the shaping decreases. It's not fun but I suppose it's good for keeping those old brain cells firing and goodness knows I need all the help I can get.