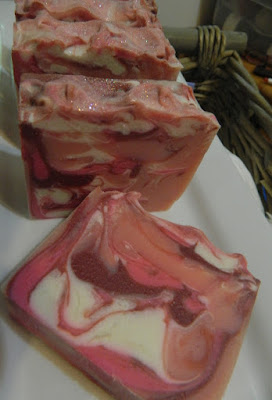 Soap making is certainly hit or miss sometimes. Last week's efforts left me with little to brag about. The first problem I had was with the new Melon Balls scent. It was horrible. It smelled like rotten fruit. I tossed the whole batch after unmolding and tried again with something I knew smelled good-Pinkberry Mimosa.  It smells heavenly but looks like a car accident. I also think that red I used is the one that turns the lather pink. I should have tossed it. Boooo me.... 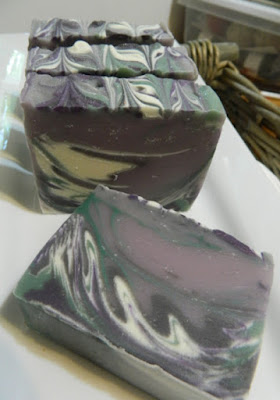 I tried again. Blackberry Sage is a redo after the Pinkberry mess. I know this one by heart and it's one of my favorites. 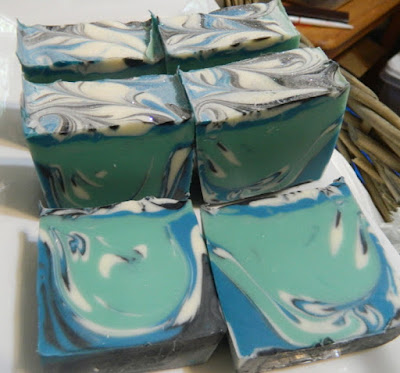 The Sugared Spruce came out nicely in my new little mold. It makes lots of mini bars. I like that since I get bored easily with a scent. 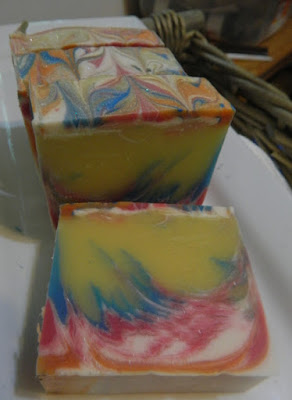 The Island Nectar is so-so. It also smells great but the pour was messy to say the least. By this time The Mister was getting impatient with the kitchen being in a uproar for two days in a row so I was rushing. 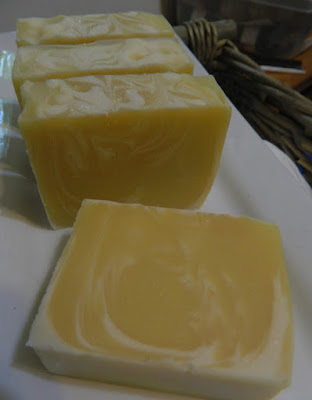 Finally in a last ditch effort to redeem myself I made some more Lemon Zest soap but since I was out of all my hard oils it's a very soft bar at the moment. I hope it cures into something usable or I wasted a lot of good stuff. 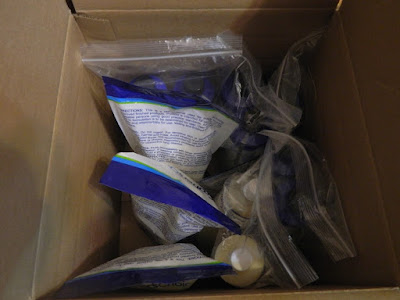 Since I was out of everything I ordered some more supplies just to have them on hand while promising The Mister no more soap adventures for a while but..... 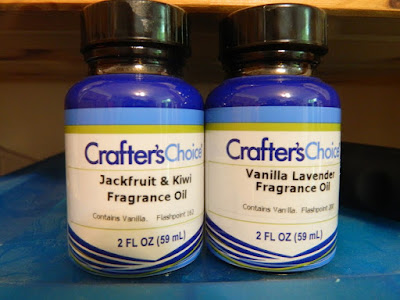 ...look at the free samples that came along for the ride. That's just not fair.
Posted by Araignee at 12:00 AM