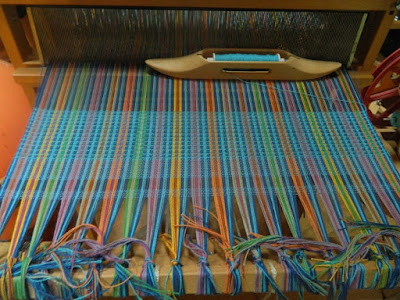 We had a little more light yesterday so I could take some better photos of the new weaving project. This is the one that gave me fits during the warping because I insisted on being creative with all the tied ends. 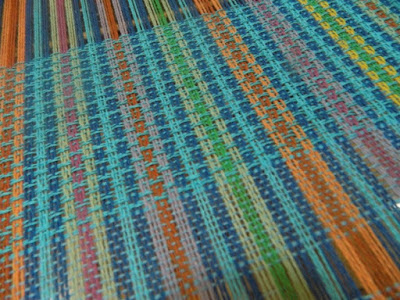 Everything was going along nicely until, while sleying the reed, I discovered I had made a threading mistake right in the middle of the thing. I had to pull half of it out of the heddles and since I had already removed the lease sticks it was a nightmare trying to keep it all where it belonged. Lets just say a lot of clothespins were involved. 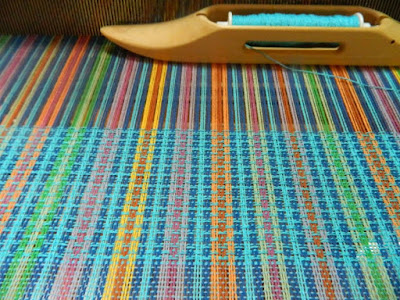 Thankfully the weaving itself is simple. One color, four treadle sequences. It should be smooth sailing from now on-with the emphasis on should.
Posted by Araignee at 12:00 AM