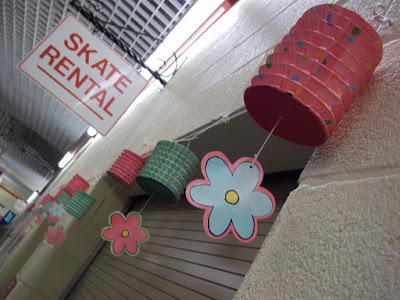 Last night was the end of the year party for the skating team. 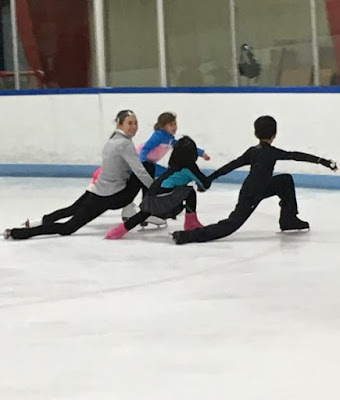 The rink was nice enough to donate 45 minutes of free ice time for us to play on. 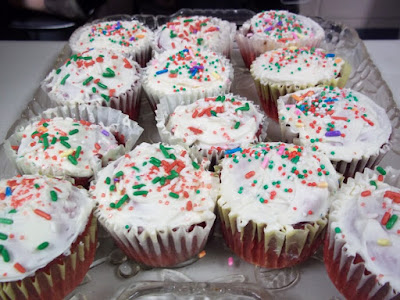 We had a potluck in the party room going on at the same time. That means lots and lots of sweet stuff. 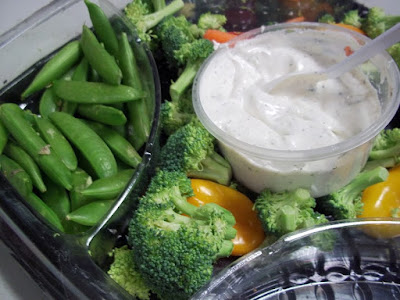 There was some healthy stuff but.... 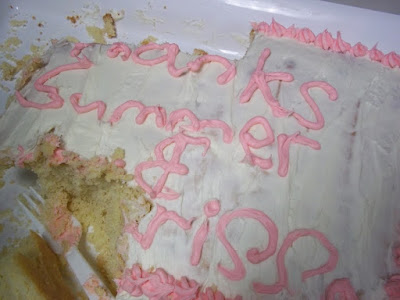 ...lots more of this kind of thing which is more than fine by me. 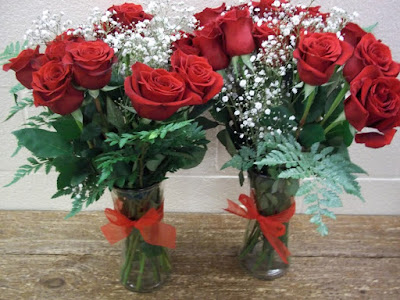 The team gave our coaches flowers. Aren't they gorgeous? 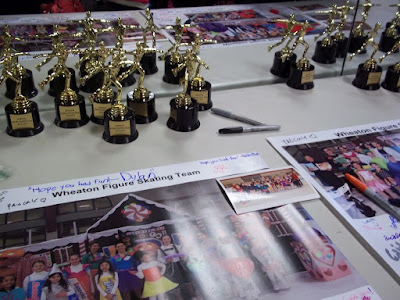 We gave the kids trophies and team photos. 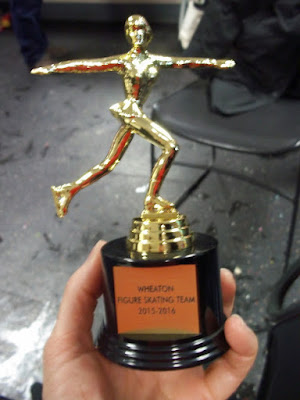 I got a trophy too-and lots of thanks from parents who appreciated how hard I worked for all those gold medals we won this year.  Everyone wants to know what we are doing next year and even though I know, I'm not telling. You don't want the competition to know what you're up to. 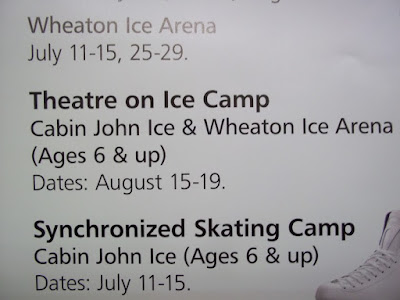 I would say it's going to be nice taking the summer off but you see that theatre camp date? That's when I have to have the stuff ready for next year so we can start rehearsals.  I've got a lot of work to do. As usual, I've got something really big to make.