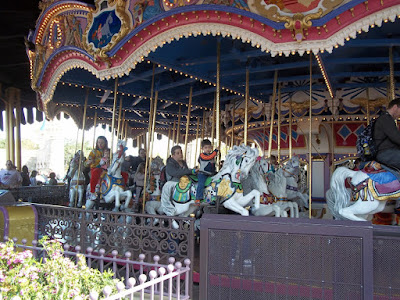 On the second day of our Disney adventure we went back to the Magic Kingdom. You can't do it all in one day. Grand wanted to ride the carousel so Son took him for a spin. 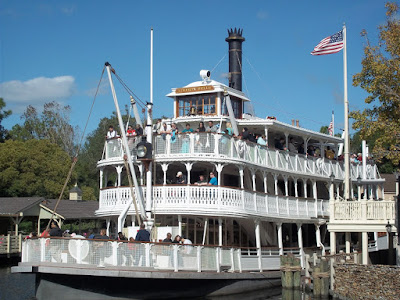 Next we were off to Frontierland. We spotted this beauty on the way. 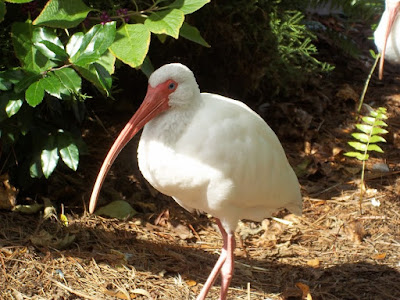 While waiting in line to get our pictures taken, Grand #1 made friends with a native. You could tell he/she was used to having children gawking. It seemed to have enjoyed the attention. 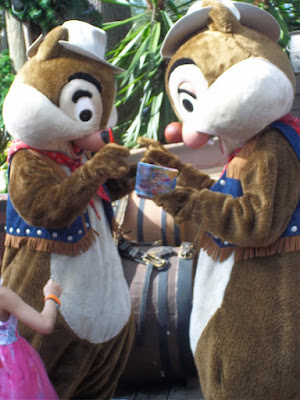 We stood in line for Chip and Dale. They were one of my favorites when I was little. I try to watch their Christmas cartoons every year on You Tube. They bring back such memories. 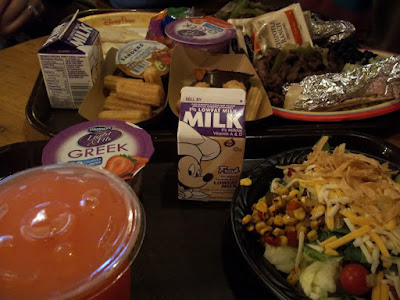 Lunch was at the Tall Tale Inn. It was decent for fast food. In fact all the food has been surprisingly good considering how much they have to make each day and how fast they have to serve it. The inn's capacity was over 1000. Can you imagine. 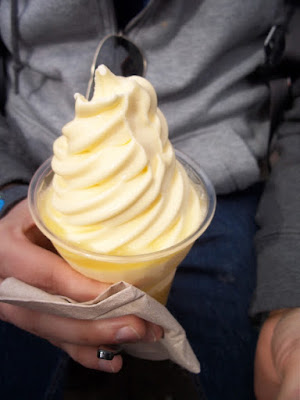 Next it was Adventureland. Grand rode the Aladdin's magic carpet ride and Dad got some of Dole's famous pineapple whip. It was worth waiting in line for. It's good-and surprisingly dairy free. 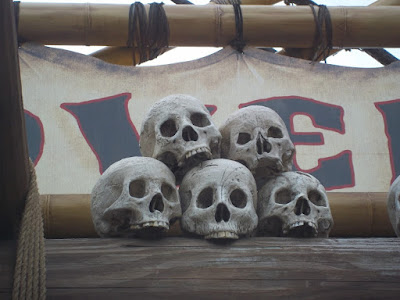 I didn't get to see Capt. Jack Sparrow and more's the pity. I was expecting a Johnny Depp look alike to jump out of the bushes but no such luck. I would have probably knocked him over anyway. 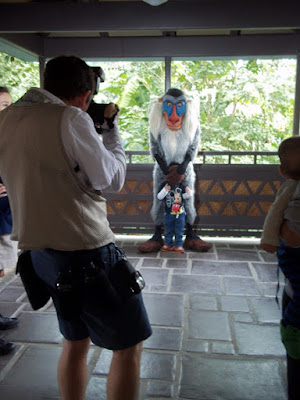 We had our pictures taken again. This time with Rafiki. I wasn't sure who that was and I had to Google him. All I knew at the time was that he was a big weird monkey with a blue butt. My Disney stops at Beauty and the Beast. I picked it up at Frozen but all those movies in between are a mystery to me. Once the kids outgrow it, you don't know it. 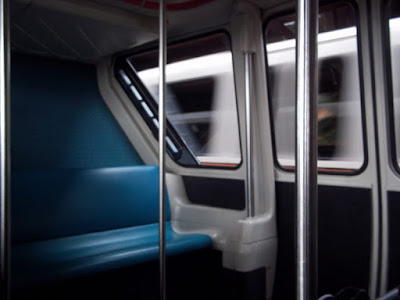 We left the park early to go to other places and the Monorail was empty. 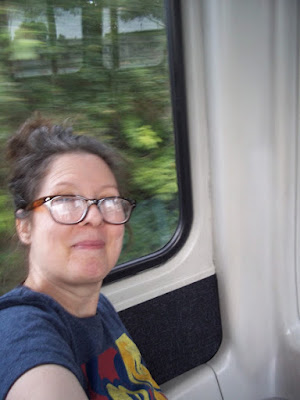 I'm not a fan of being stuck in a moving vehicle with a lot of strangers so I really enjoyed this ride. 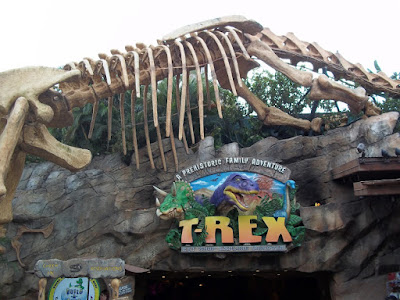 We had an early dinner at T-Rex in Disney Springs. 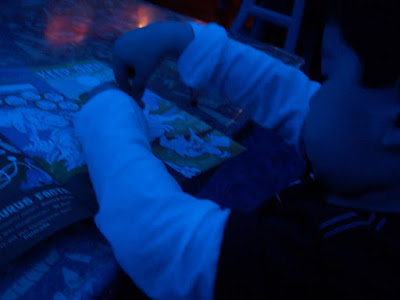 Three year old Grand was not too sure at first. He loves dinosaurs but these were very big and very loud. 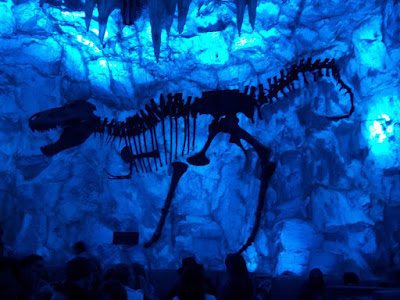 After he realized they weren't going to eat him he was fine. The place was awesome. We were seated in the ice age section. Every twenty minutes the place explodes with a meteor shower. It was crazy. 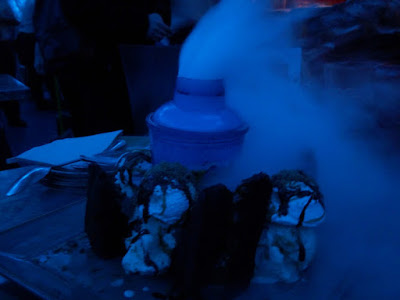 After a fabulous dinner, we had a Chocolate Extinction for dessert that smoked like a volcano. 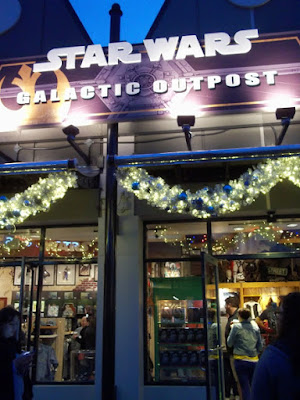 On the way home Son had to stop into the Star Wars shop for a light saber-as one does. Epcot tomorrow!
Posted by Araignee at 12:00 AM