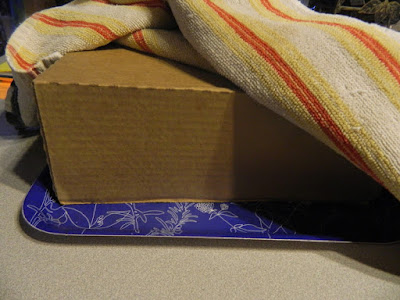 It's been so cold here I've had to insulate my soap. I was wondering why it wasn't heating up the way it usually does and then I realized it's only 68 degrees in here. 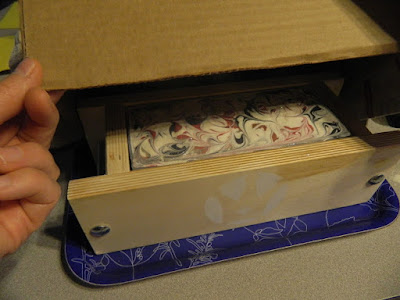 The soap on my counter usually gets up to around 100 degrees as the lye does its thing. The soap I made last week only made it to the 70's and my oils started out at 120. 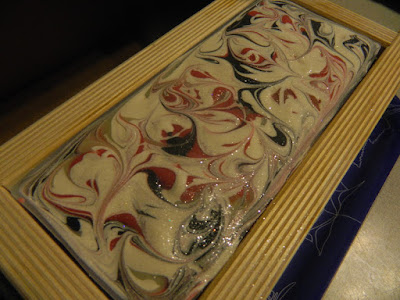 That's not a problem in the finished soap but it does take a lot longer for it to harden up. This time I put it in a box and covered it. It heated up nicely without gelling. 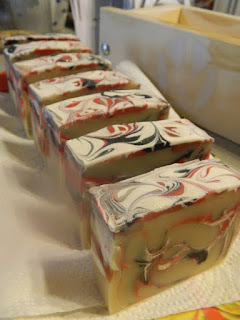 This is glittery Love Spell and it's full of slippery clays, activated charcoal and coconut milk with a touch of babassu and hemp oils.  It's the second batch I made in my new wood mold and I love it-the mold that is. 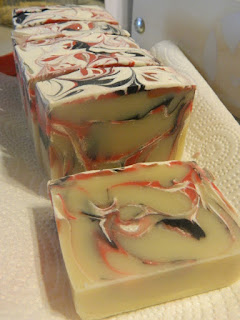 It will be six long weeks before I know if I love the soap. I just wish I had made this earlier so it would have been ready for Valentine's Day. If a soap could be sexy, this one is. The scent is a Victoria Secret knock off with an earthy clay thing going on. 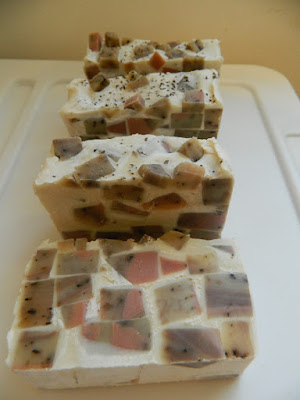 The first batch I made in my new mold was unintentional.  I used it for all the leftovers from my coffee soap redo. I had used lots of coffee butter and dark coffee essential oils with vanilla in the original batter so I got a very uninteresting brown loaf with way too many coffee grounds. After I chopped it up I had a LOT of pretty little soap cubes. It was too many for my small mold so I grabbed my much bigger new mold for the overflow. It has a much higher chunk to batter ratio than what I intended but waste not, want not. 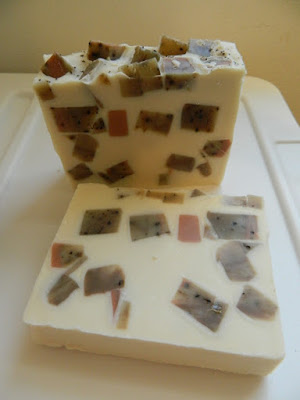 This is what I had planned. I added just a handful of cubes to a creamy soymilk and tussah silk batter. Now they look much better and don't smell too much like you just walked into a Starbucks. 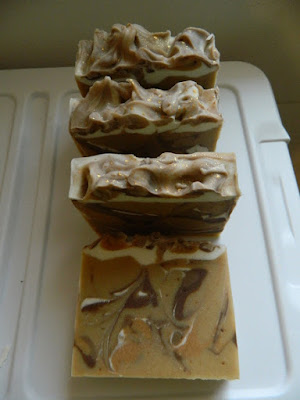 In my week long soap making frenzy, I also made an oatmeal, honey, goat's milk and hemp loaf. I've been trying to use up all the leftover oils and butters so I can get to the new ones that just arrived in the mail. 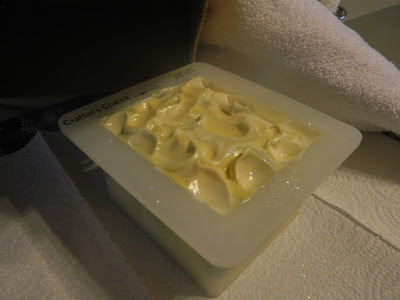 Next under the dome went some sweet Lemongrass Verbena. 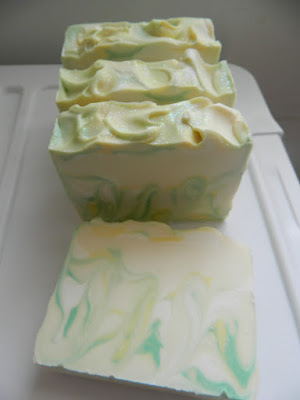 It may still look like Antarctica outside but inside it smells like spring sunshine. If only....
Posted by Araignee at 12:00 AM